Add an Event
Newswire
Calendar
Features
Home
Donate
From the Open-Publishing Calendar
From the Open-Publishing Newswire
Indybay Feature
Publish to Newswire
Add an Event
Related Categories: South Bay | Anti-War
LAST Powell DeAnza Pics!!
by tbg
Thursday Nov 17th, 2005 12:22 AM
the last of the Nov. 11 DeAnza Protest pics. hope you enjoyed them; got a sense of the action and environment. (all of the pictures thus submitted have been done by me.)
-tbg 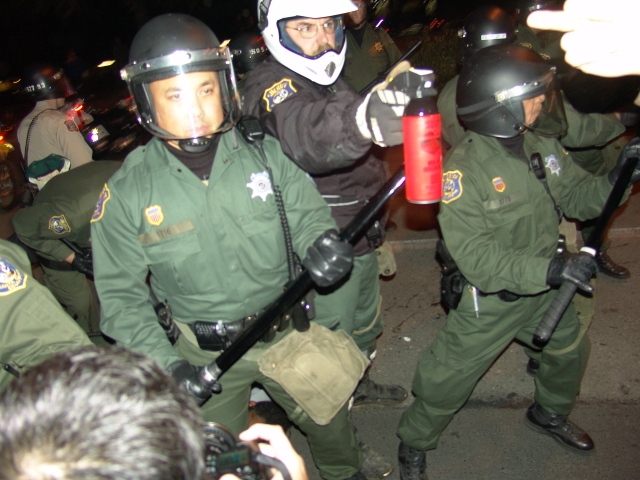 at a point where the police car was smashed, there were several ppl from the crowd throwing eggs (i heard afterwards going from several ppl to others) and a few rocks(?) at the cops who were guarding the backstage entrance and Powell decoy car. i wasn't able to take any pics of that as they were random and hard to capture.
§Voicing her complaint..
by tbg Thursday Nov 17th, 2005 12:22 AM 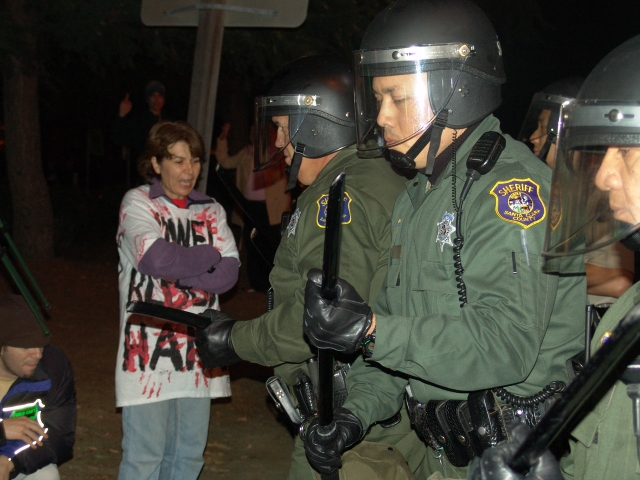 In the previous picture, Cops intimidating on lookers, photographers from getting close as they have a male down; threatening with the spray...one photographer was jabbed a few times as he came close taking a couple of snaps.
§Moving him to the car...
by tbg Thursday Nov 17th, 2005 12:22 AM 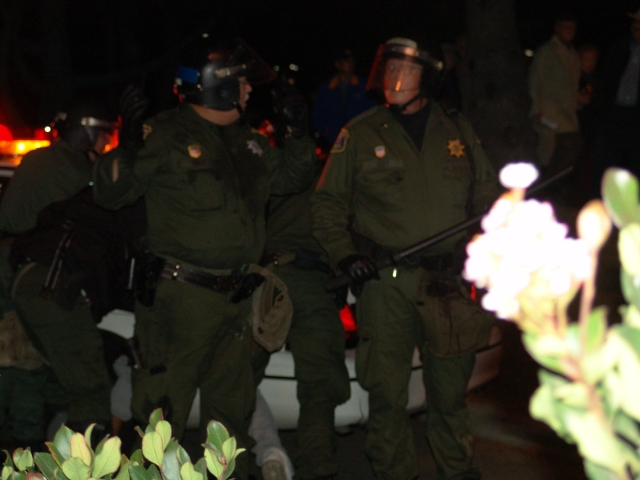 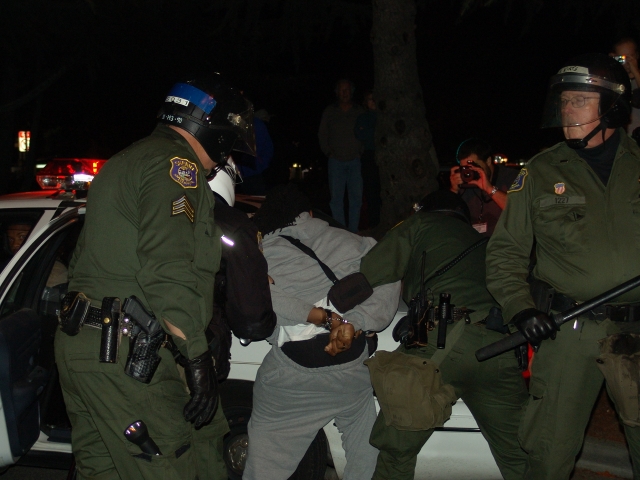 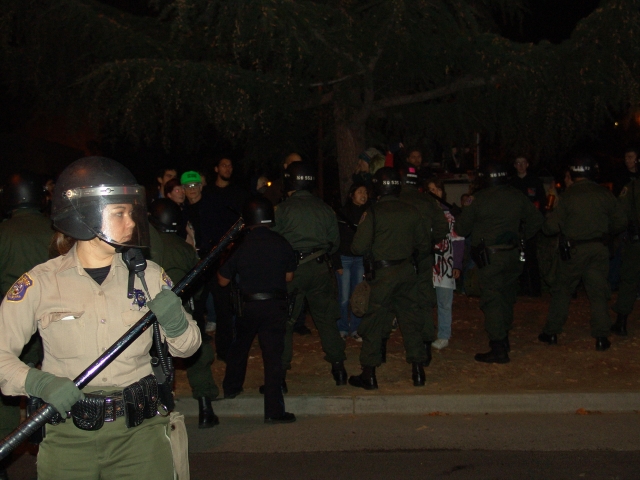 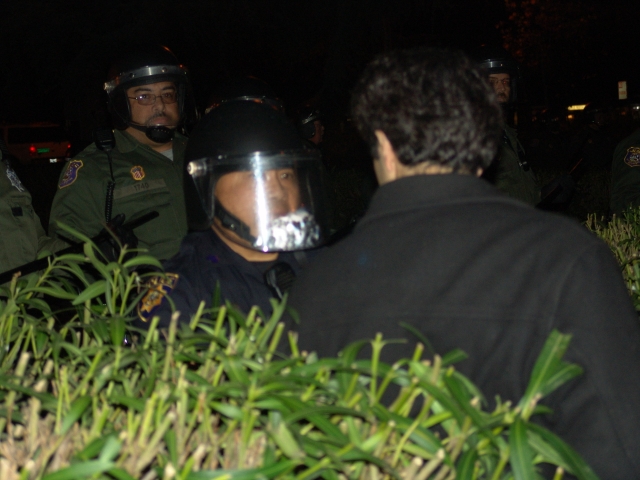 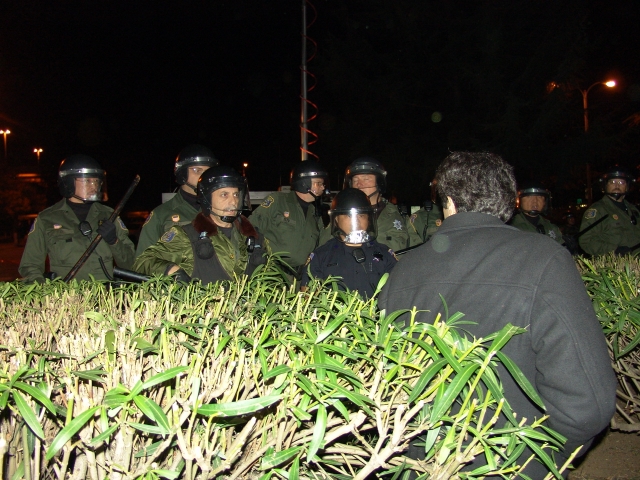 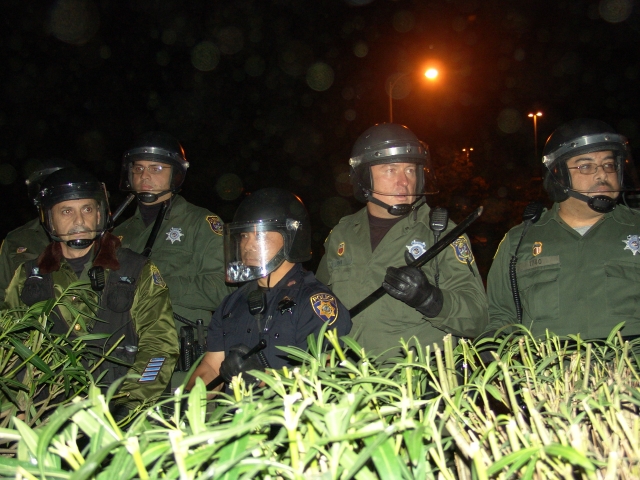 btw, this is all taking place in the parking lot,near Steven Creeks blvd..
§Cops are forcibly pushing ppl out of the DeAnza campus streets towards Steven Creek's
by tbg Thursday Nov 17th, 2005 12:22 AM 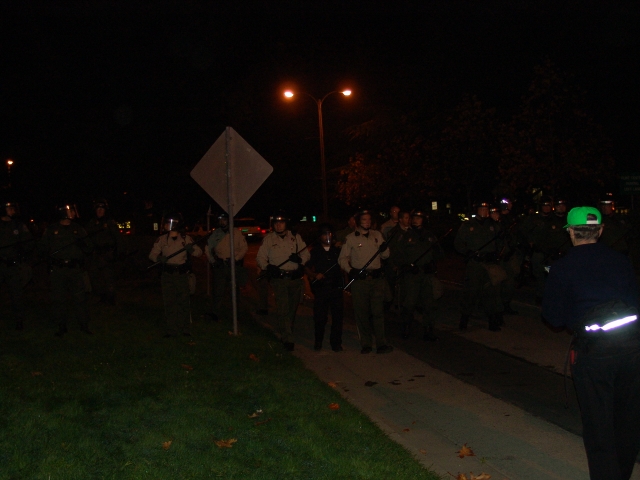 streetlights..
This is around 11pm. They announce that those who arent moving forward will be arrested yet some of those who had taken off are being tracked by motorcycle cops, and other cops go forward menacingly forcing the remaining few who were still observing two blocks away from this public community college!!!!!
(later a letter from the DeAnza president asserts that the cops began taking in the few protesters who were considered violent and nonstudents which isn't true. ppl were just observing and some of them were waiting to enter parking lots back to their cars). Cops also marched by and blocked areas at Stevens Creek and extended into the shopping center towards Coffee Society..
§Look closely, Cops are marching fwd out on the streets..
by tbg Thursday Nov 17th, 2005 12:22 AM 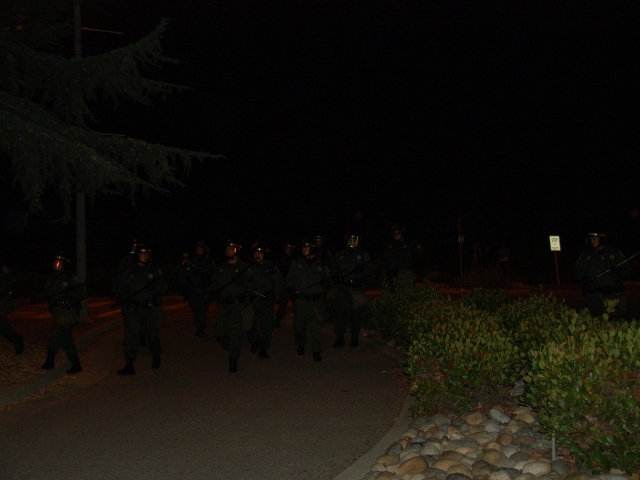 total police state image (as if there was a curfew or violent confrontations by all the protesters)! 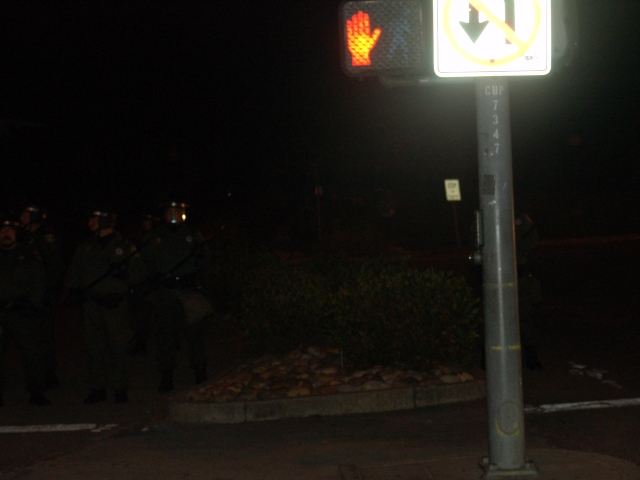 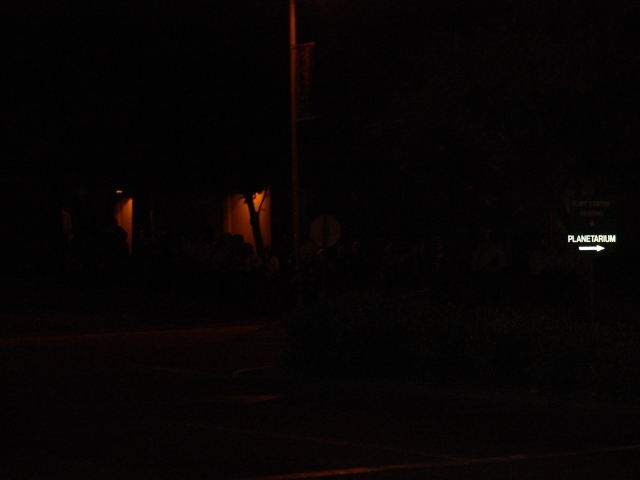 §motorcycle cops going ahead (and will trap and detain a few protesters out of the area)
by tbg Thursday Nov 17th, 2005 12:22 AM 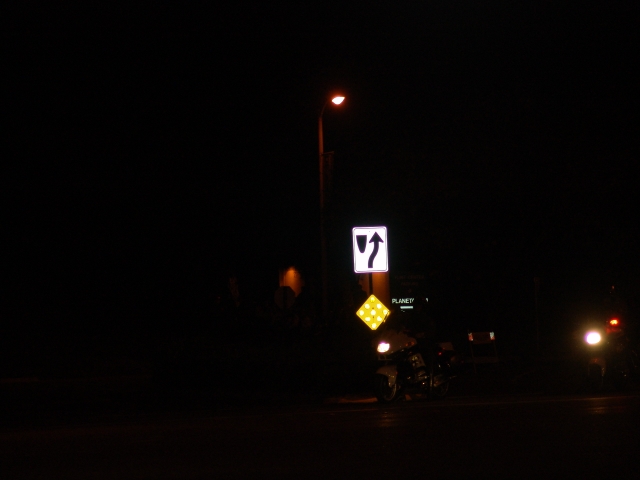 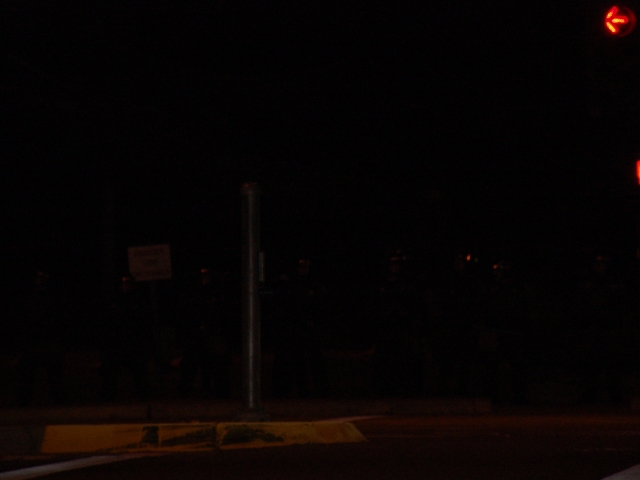