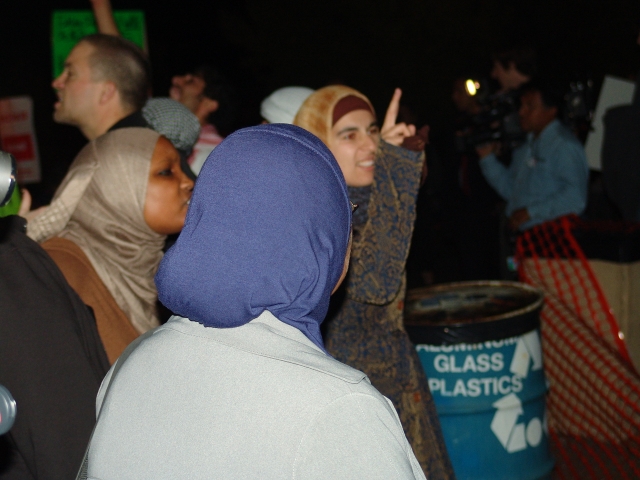 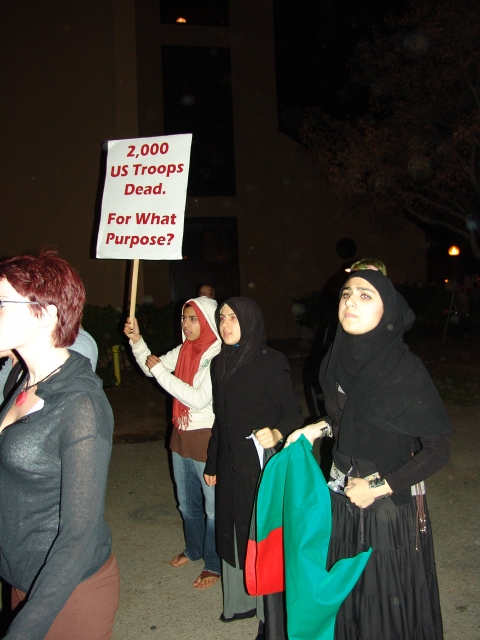 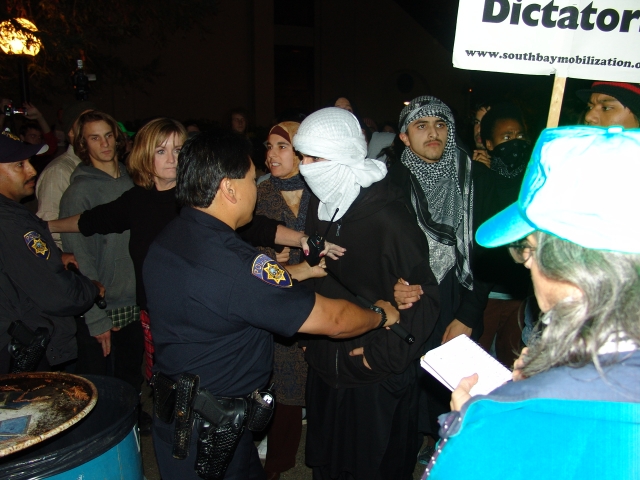 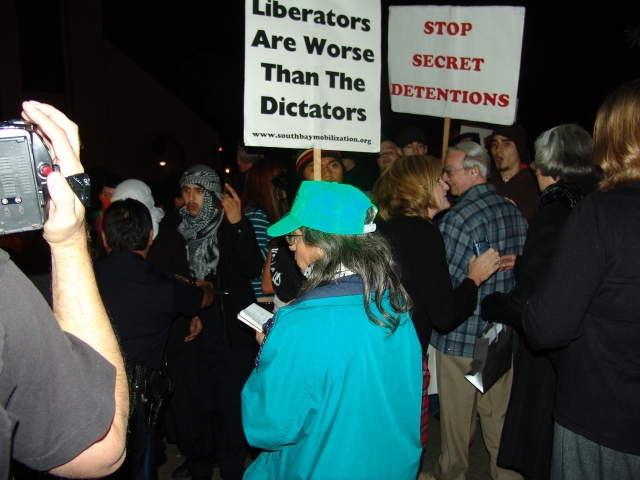 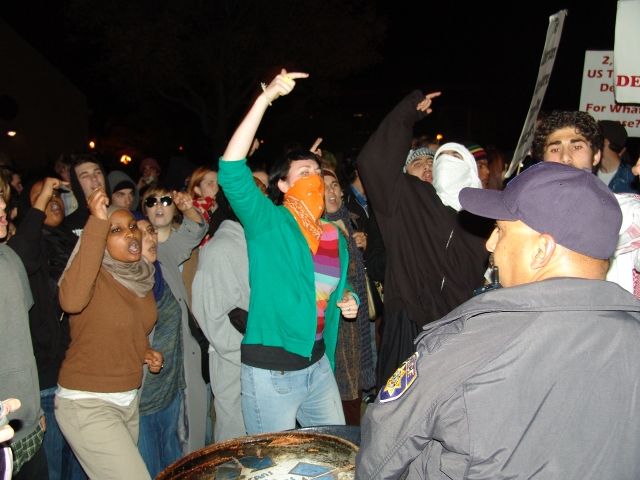 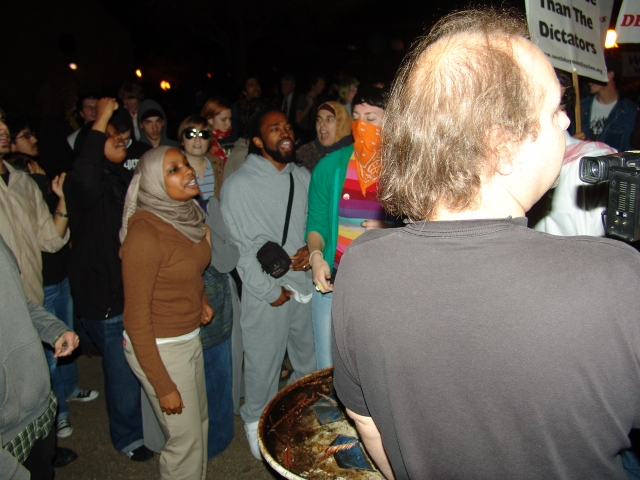 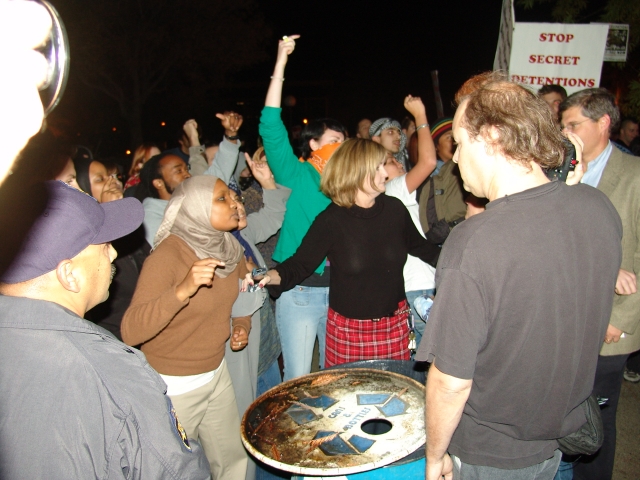 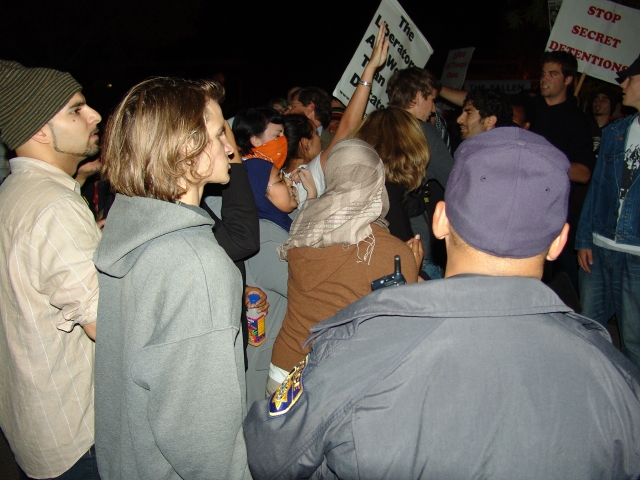 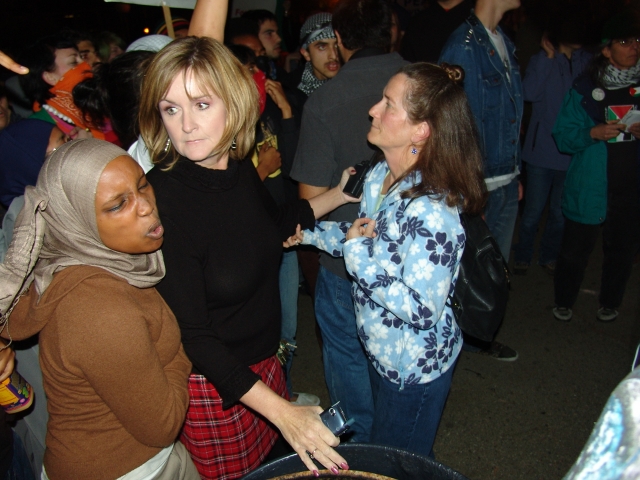 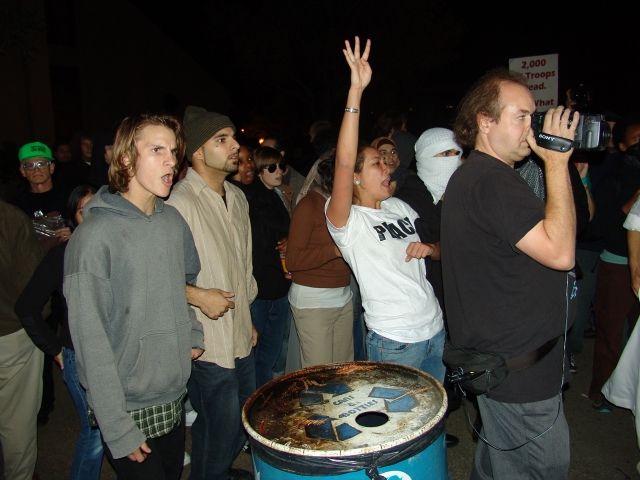 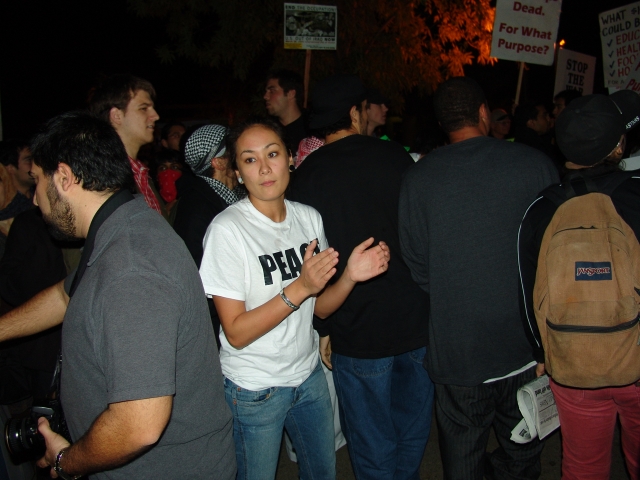 §These two in dark shirts get taken by the police when they leave the area (away from cops)
by tbg Wednesday Nov 16th, 2005 7:28 PM 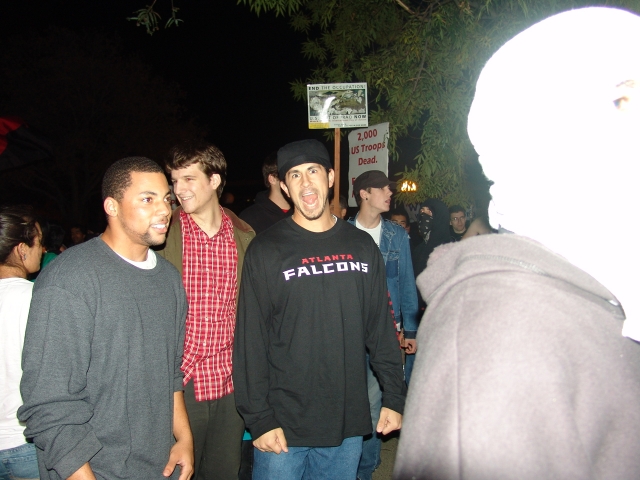 and are followed by the cops, detained around 11pmish..they get arrested, taken for processing and beaten up..(both Muslims)
§Police moving protesters away..
by tbg Wednesday Nov 16th, 2005 7:28 PM 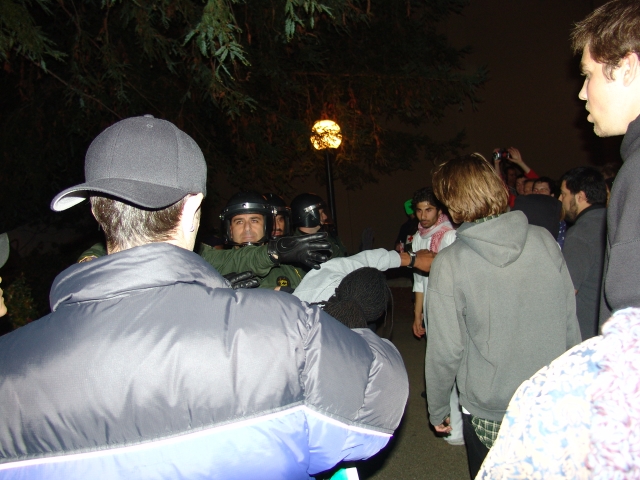 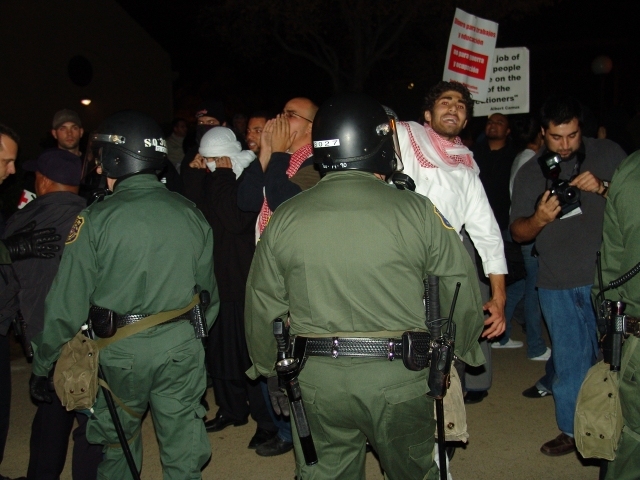 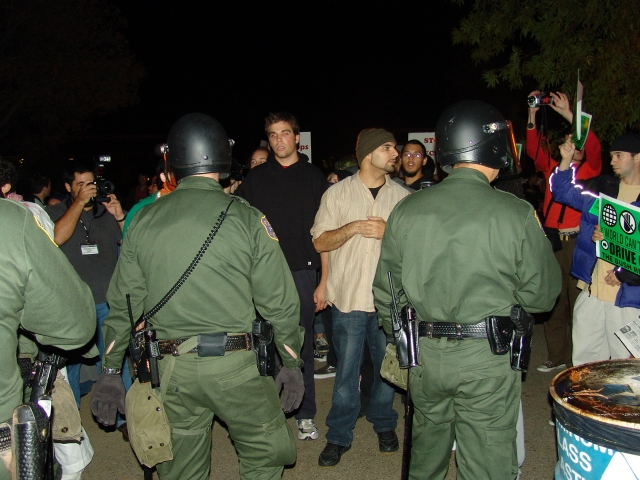 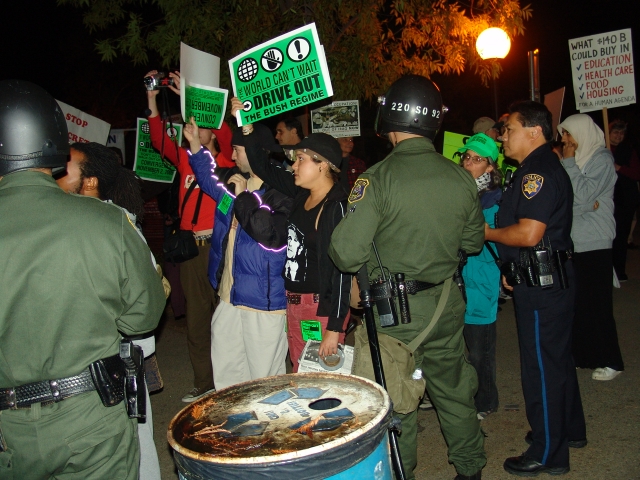 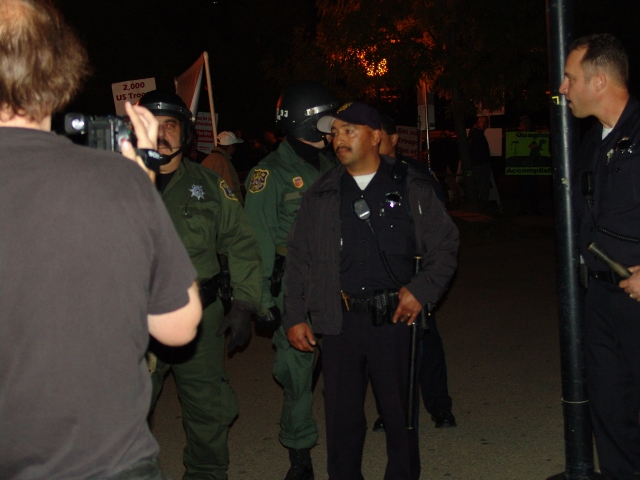 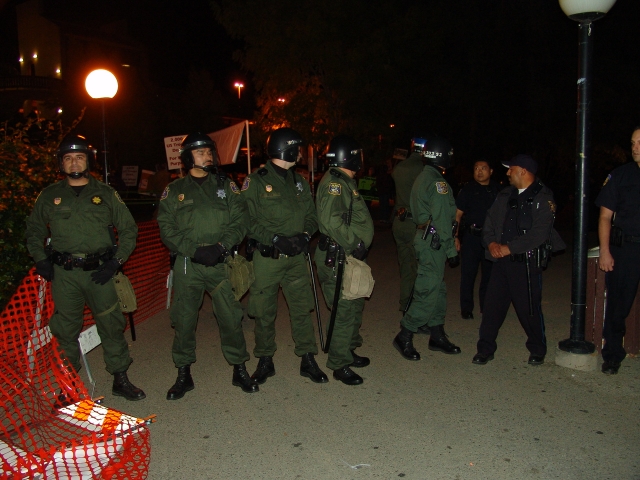 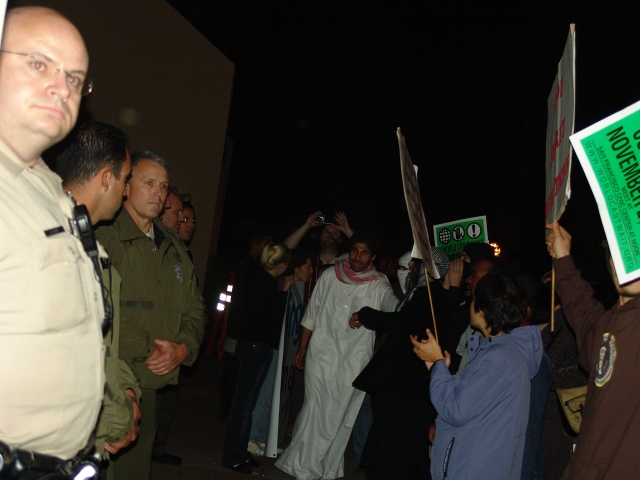 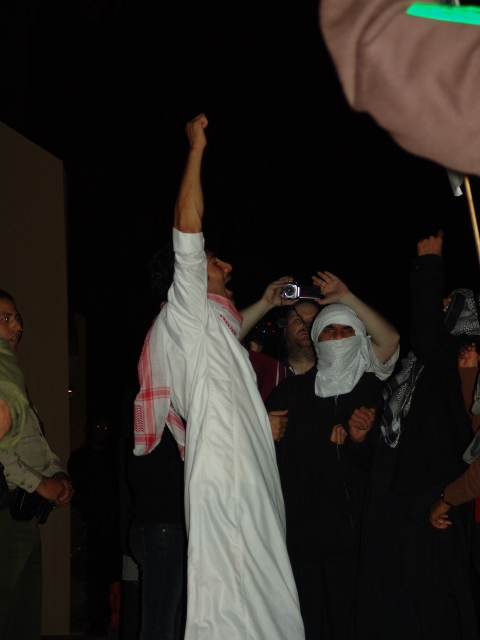 will be sprayed in the mouth by the cops and gagged on the floor. An ambulance came in, took care of him...he returned later, played imaginary soccer/hackey sack with his buddies using the cops as his fieldgoals..the cops got him at the end as he was making to get to his car with his friends. he was detained with other Muslim guys (somehow anarchists/others were able to get away as the cops focused on them). they were put into the cars, processed and spent the night/morning in jail. he is however still in prison with a HUGE bond..his rights were violated, i heard and was being told to sign a confession..(??)
Add Your Comments
Support Independent Media
We are 100% volunteer and depend on your participation to sustain our efforts!