Recap and Photos of Actions Against the Minutemen 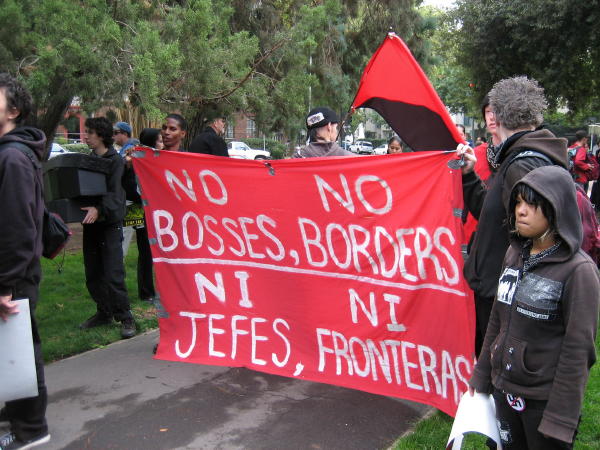 On the morning of Saturday, October 29, the armed, racist, anti-immigrant vigilantes of the Minuteman Project held a rally on the steps of the state capitol in Sacramento. They were there to cap off their month-long failure of a patrol along the border and to gather signatures for the California Border Police initiative. The initiative would create 2,000-3,000 paid positions for Minutemen in kop's clothing to harass immigrant workers statewide.

With too many vigilantes already sitting inside the capitol, the idea of even more gathering there didn't sit well with lots of people. From 10am onward, more than 600 folks gathered to protest, speak out against, disrupt and in general confront the Minutemen, the initiative, and politicians backing both of them. The actions also took a firm stand against borders and capitalism.

The crowd was incredibly diverse, with youth, those affected directly by borders and the vigilantes, and working class people all present in large numbers. Compare this to the hundred or so middle-aged white people at the Minutemen rally and it was easy to see which side the people were on.

After gathering at 15th and N, with food provided by Sacramento Food Not Bombs, protesters marched to the area where the Minutemen were gathered to give them their regards. On the way, they noticed recruitment flyers put up by the National Alliance, a white supremacist group with ties to the Minutemen. As expected, when the protesters arrived, one set of racist vigilantes - the Minutemen - were being protected by another set of racist vigilantes - the brown shirts (CHP) and the blue shirts (Sacto PD). With whistles, megaphones, shouting and the Brass Liberation Orchestra, the Minutemen were greeted with a wall of sound, along with dozens of colorful banners and posters, and the breaking of a Minuteman piñata. The kops arrested a protester for not getting out of the road fast enough and brutalized him so bad they had to take him to the hospital afterward.

People headed back to the rally area where a program of speakers, music and poetry was happening. After a short time, hundreds regrouped to have another go at the Minutemen and their kop allies. Part of a fence was torn apart and stink bombs were thrown. This time the kops started pushing the crowd back and charged them with mounted police. They slammed a protester into the curb while arresting him and he too had to be taken to the hospital. The trigger-happy pigs started shooting people with tasers, including an individual who was shot while being held on the ground. One protester fears he has broken ribs from police violence and another vomited blood after she was jabbed in the stomach with a police club. Several minutes of clashes occurred as many protesters struggled back against the kops, but weren't nearly as well equipped as the agents of repression.

The protesters stayed in front of the Minutemen rally until it ended and heartily heckled those exiting. Later, jail support/solidarity occurred outside the Sacto jail where two of the three people arrested were still being held. One was released early Sunday morning and the other has been charged with battery on a police officer and faces a $30,000 bail. He has a court appearance on Tuesday, where supporters will be present.

Overall, the feeling was that the rally was a success. It was organized by the Bay Area Coalition to Fight the Minutemen, Coalicion Deporten a la Migra, the Zapatista Solidarity Coalition, the Sac.-Mexican American Political Association, the Brown Syndicate, the Chicano Consortium and others. People came from across the state to attend the counter-protest, including the Bay Area, San Diego, Los Angeles, Modesto, Chico, Fresno, and Santa Cruz.

Many good connections and working relationships were created and existing ones were developed further. A strong message was conveyed to the Minutemen that they will meet with resistance wherever they appear. Protesters also made it clear that the Minutemen are just one manifestation of the racist and classist capitalist system and that this struggle did not begin and does not end with the Minutemen.

Contact the Bay Area Coalition to Fight the Minutemen at stoptheminutemen [at] riseup.net.
§Gente Unida
by AWK 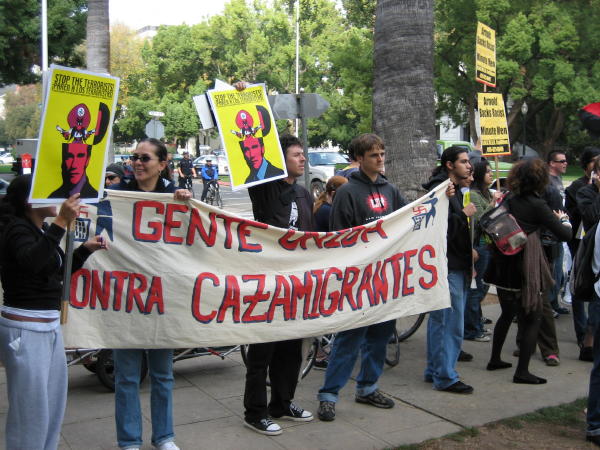 §National Alliance flyer at the capitol
by AWK 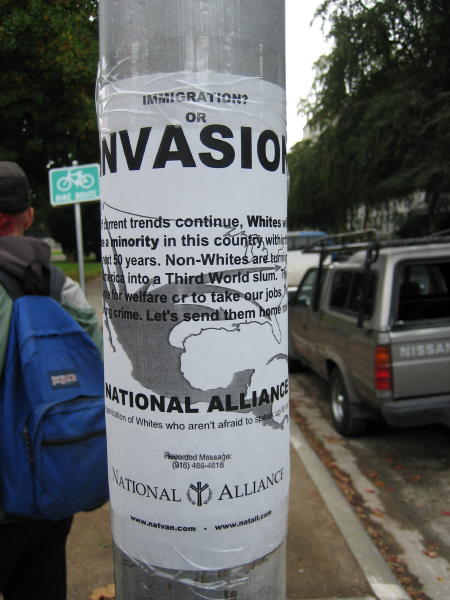 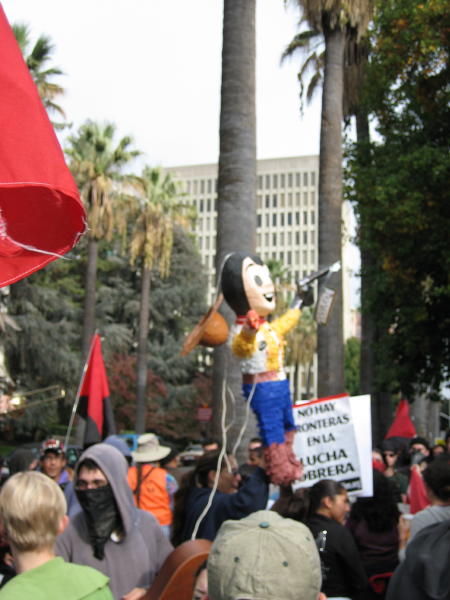 §One arrest
by AWK 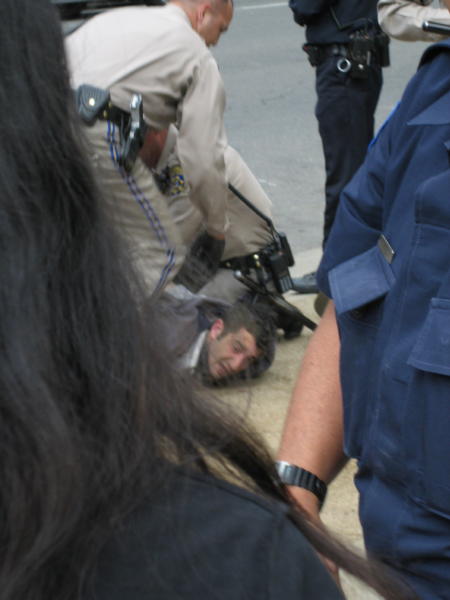 §row of protesters
by AWK 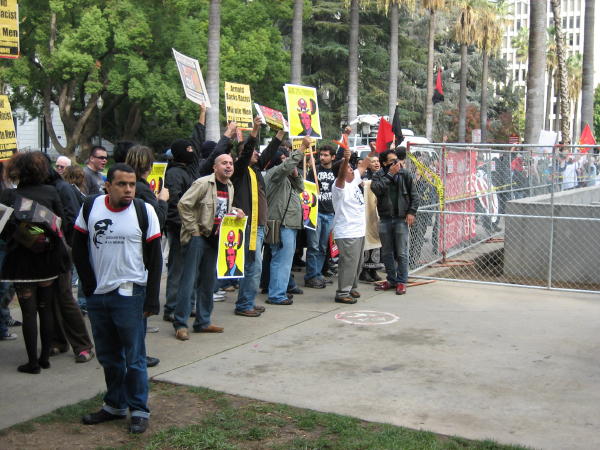 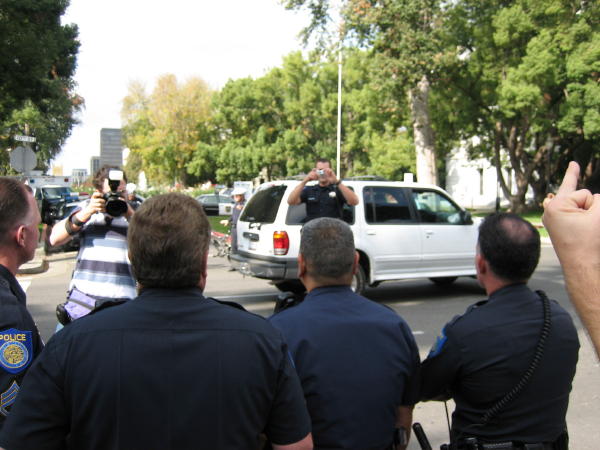