Add an Event
Newswire
Calendar
Features
Home
Donate
From the Open-Publishing Calendar
From the Open-Publishing Newswire
Indybay Feature
Publish to Newswire
Add an Event
Related Categories: Anti-War
2000 Candles at Lake Merritt commemorate dead in Iraq War
by Maya Jones
Wednesday Oct 26th, 2005 12:09 AM
Bay area community members joined Veterans for Peace at Lake Merritt this evening to commemorate the announcement of the 2000th American Soldier killed in Iraq, and the over 100,000 Iraqis that have been killed in the war and occupation. 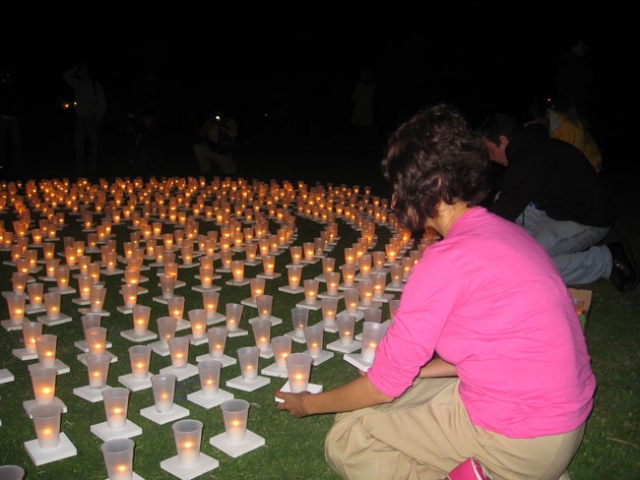 2000 candles were gathered, lit, and floated into Lake Merritt, providing a visual display that moved many in the crowd to tears. The tone of the evening was somber and determined. Veterans of the Iraq war were among those who spoke out against the war, some of whom were mourning personal losses of servicepeople killed. The mourning also extended to all those affected by the war; Iraqi civilians who have been killed or injured, families who have lost loved ones, injured service people, service people and Iraqi civilians who are suffering post-traumatic stress disorder and other maladies.
Wednesday, October 26th has been called as a Nationwide Day of Action, and vigils are being held around the nation. Not In Our Name will be at the pedestrian overpass over I-80 in Berkeley (near University Ave exit) at 6:30 am and 6:30 pm displaying large banners declaring "US Out of Iraq Now!" to the morning and evening commutes. The evening gathering will also feature a candelight vigil.
http://www.notinourname.net
§2000 Candles
by Maya Jones Wednesday Oct 26th, 2005 12:09 AM 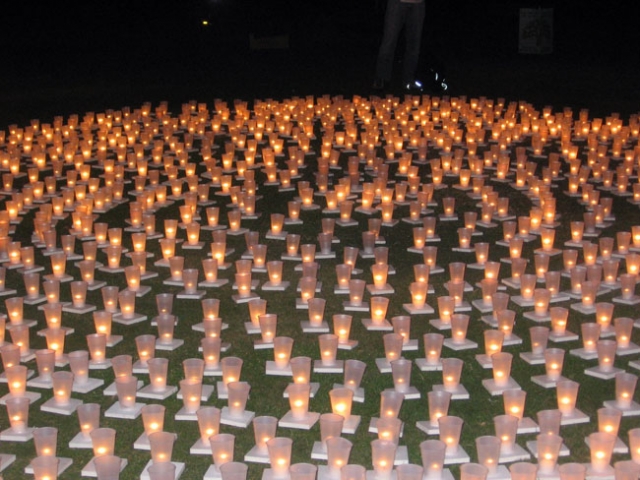 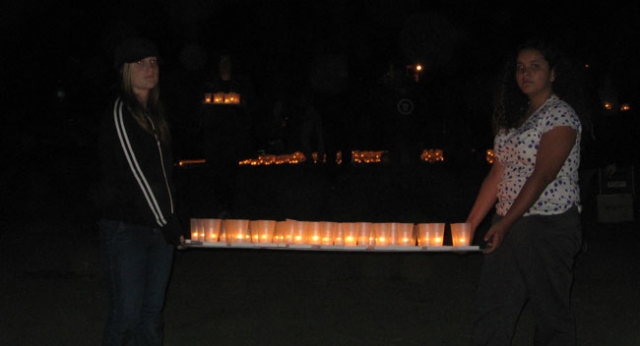 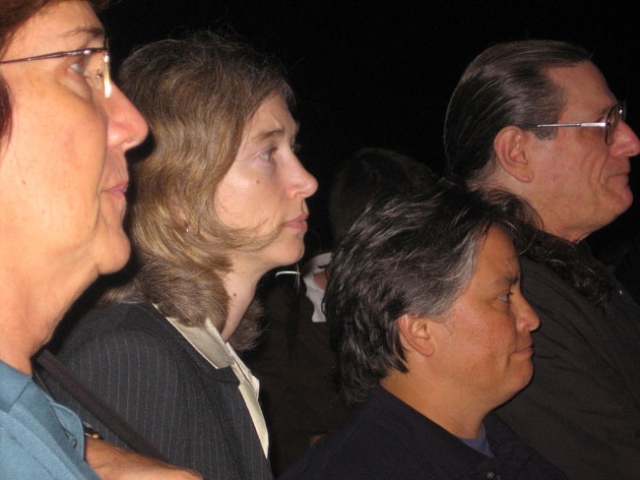 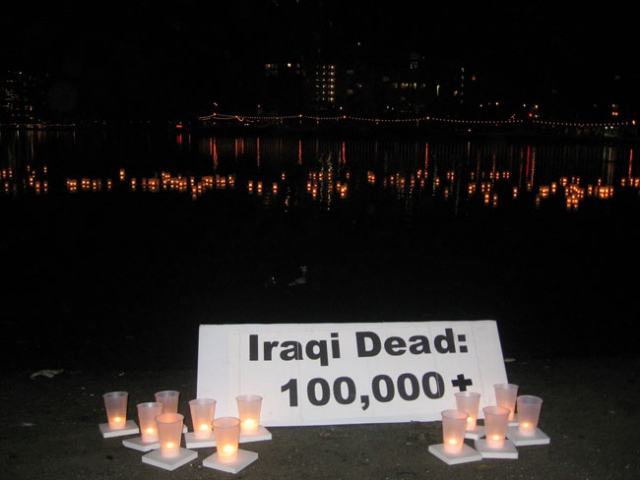 http://www.notinourname.net
Add Your Comments
Support Independent Media
We are 100% volunteer and depend on your participation to sustain our efforts!