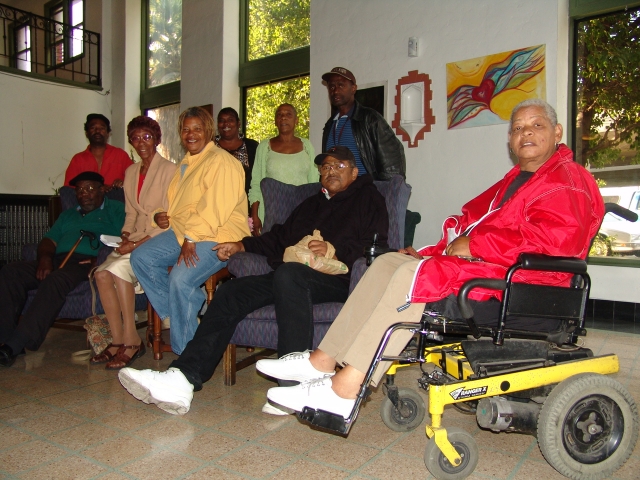 “Sleep tight and don't let the bed bugs bite” is an old saying, as far as sayings go, but some Oakland tenants have learned that this is more than just a cute rhyme that has been passed down through the years.

“I've heard the old saying about bed bugs since I was a child, but I never knew they were real until moving here,” said 47-year-old Frank Benavidez, resident of North Oakland’s California Hotel. “The bed bugs are drinking my blood and eating me alive.”

Mostly occupied by elderly, disabled African-Americans, each of the 43 tenants listed in the lawsuit are seeking $50,000 in damages over rat infestations, bed bugs, cockroaches and other health and safety issues.

Backing the horrific claims of the tenants is a letter sent on July 22, 2005 from the Alameda County Health Services(ACHS), stating that the procedures being utilized by OCHI to control the bed bugs are inadequate. In the letter, ACHS biologist David K. James wrote, “A severe Norway rat infestation exists within these premises, and it appears that it's a long-established and large population.”

Frank Benavidez said, “I can hear the rats scratching around in my ceiling at night and the noise keeps me from sleeping.”

The tenants reside in Single Room Occupancy units (SROs), and pay their rent by the month. “We are charged either $395.00 for a basic room per month or as much as $466.00 a month for a small kitchenette,” said three-year tenant Lisa Grisolia, “but they charge us an extra $7.50 a night if we have a guest stay over.”

According to Grisolia, since the lawsuit was filed, OCHI management moved quickly to clean up the building. “I never seen them move so fast to clean up this mess since moving here,” Grisolia said.

The filed complaint/lawsuit also detailed such problems as inadequate and defective electrical systems and outlets, including exposed wiring, defective plumbing, infestation of vermin, roaches and insects, in addition to other dangerous, inhospitable conditions.

“I believe that OCHI and this property is being run by slumlords, and they are sucking the system dry,” said tenant activist Linda Stephens, who started the tenant rebellion at the property after contacting local attorney John Murcko for assistance.

“It's a terrible situation with fleas, rats, bed bugs, and bad odors coming from the vents and the floors,” Murcko said. “It's the worst infestation I have seen in the last 20 years as an attorney. OCHI received a notice last November from vector control and nothing was done.”

According to Stephens, OCHI is still making big profits, despite the deplorable conditions. She said, “These guys are really raking in the dough from plenty of HUD funding, because tenants normally pay $395.00 a month, but when they move in tenants from the Shelter Plus Program which is subsidized by local housing authorities using HUD funding, OCHI then charges $795.00 a month for the same unit.”

According to Rashid Mohammed, the lead desk clerk at the California Hotel, they are currently accepting applications and are presently asking $622.00 per month for some units and $645.00 a month for larger units.

Eleanor Piez, director of community relations for OCHI said, “We know there are some serious problems with rats and bed bugs, and we have faced some difficult repairs lately while installing a new sprinkler system.”

“If the tenants had communicated closer with management about these problems instead of going to the courts or the media, our problems would not be as severe as they currently are. Now it's totally adversarial and very tense,” said Piez. “We have 120 tenants and 150 units, and believe that the infestations became worse due to moving the tenants around to different rooms while the repairs have been going on lately.”

Indeed, bed bugs have made a big comeback in recent years and are increasingly found in shelters, apartments and hotels. Bed bugs are active at night while sucking the blood of sleeping humans and they like to hide during the daylight hours close to where people usually sleep at night. Once they pierce the skin of their victim with an elongated beak through which they can suck the blood of their prey, they feed for around three to 10 minutes until full.

Repeated efforts to reach Dwight Dickerson, executive director of OCHI, have not been successful, but records show that while his tenants at the California Hotel have been plagued by rats and bed bugs, Dickerson himself is raking in well over $80,000 a year from his salary, plus extras.

Recent records indicate that it would be difficult for OCHI to blame budget woes on its failure to rid the California Hotel of its dangerous infestation. With nearly 1,000 rental units under their control, records show that from 2002 through 2003, OCHI profited by as much as $2,203,920 for services performed, merchandise, gifts and other related activities of the non-profit housing organization. According to its website, OCHI has developed over 1,000 units of affordable housing since the organization was formed in 1973, and it currently manages over 900 units.

However, despite the multi-million dollar profits of their landlord, OCHI’s SRO tenants are forced to live in truly nightmarish conditions. “A few months back, we had a dead man here for 12 days in his room before the body was discovered, and the smell of dead rats in the walls were so strong that we could not make the distinction between the dead man's body and the dead rats in the walls,” said Linda Stephens.

“Now they are spreading lime around the building to kill the stench of all the dead rats in the walls,” Stephens added. “This is a national historic building with Black Heritage, and it really angers me to see how OCHI has exploited and sucked up every last dime they can get out of this building. Many of us residing here are the working class poor, but Dwight Dickerson and the management staff of OCHI are trying to paint most
of us as being mentally challenged, in an effort to divert attention away from the slum-like conditions that they have had us residing in.”

photo by Liam O'Donoghue
Add Your Comments
Support Independent Media
We are 100% volunteer and depend on your participation to sustain our efforts!