Newswire
Calendar
Features
Home
Donate
From the Open-Publishing Calendar
From the Open-Publishing Newswire
Indybay Feature
Publish to Newswire
Add an Event
Related Categories: U.S. | Anti-War
Photos of Sept 24 march and comments on signage
by CA
Sunday Sep 25th, 2005 9:22 AM
I noticed in the San Francisco demonstration that a lot of people were holding signs about exposing the lies surrounding 9/11, which is encouraging as it shows that people are beginning to question the official story and the rational for going to war and taking away our civil liberties. Unfortunately, I didn't see these kinds of signs when I was watching the DC demonstration later on CSPAN. Our Washington brothers and sisters should take up this issue. The imperialists war against the world would fall apart if we can turn over their ultimate trump card of 911 and see their shaky house of cards fall down. 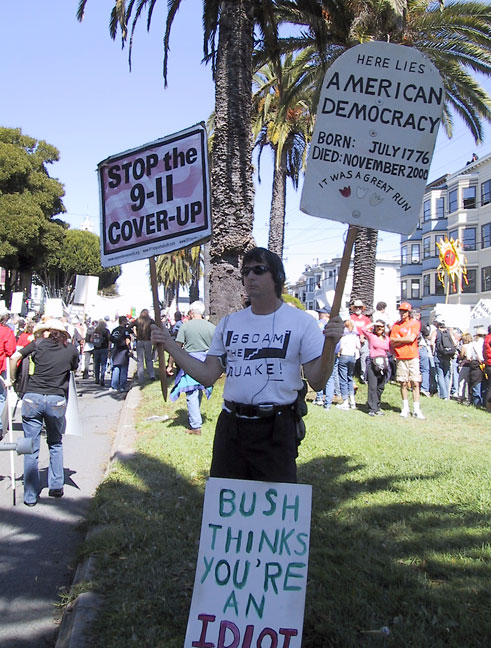 Also, regarding the TV News van and vandalism. My friend and I had a argument about this. He thought it was pretty outrageous that someone would do such a violent act as he believed it would reflect on all of us in a negative way, expecially because yesterday was supposed to be a peace march.

After marching behind an extremely graphic sign of tortured and mutilated Iraqis, I wasn't feeling at all sympathic for the media that sold us on this war based on lies. They are acting as the mouthpiece for the pentagon and White House and completely ignoring the peace movement and the death and destruction in Iraq and Afganistan. (This morning I saw nothing on the corporate media about the demonstrations except for a scroll bar mention on CNN news about the Washington DC event, they mentioned 100,000 marchers in DC).

The recent news has been just a soggy, wet mess of Rita stories and not at all very interesting ones either, yet even this insipid news has managed to trump the message of a half a million people in DC and 200,000 in SF. The media has been shameful and our complicit in the violent deaths of tens of thousands. I don't feel a lot of sympathy for them losing a window. 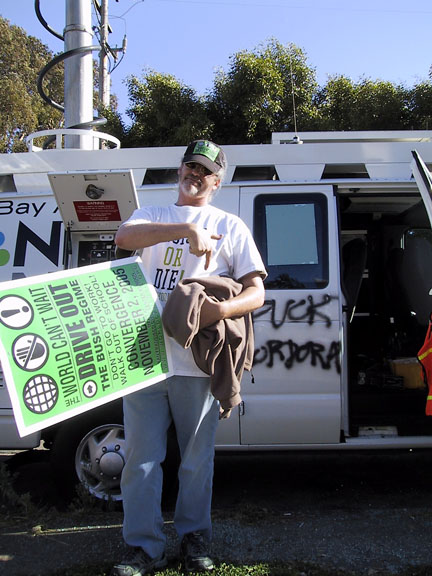 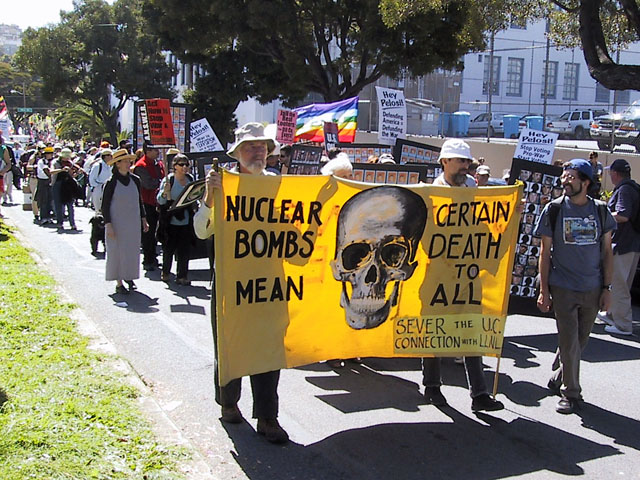 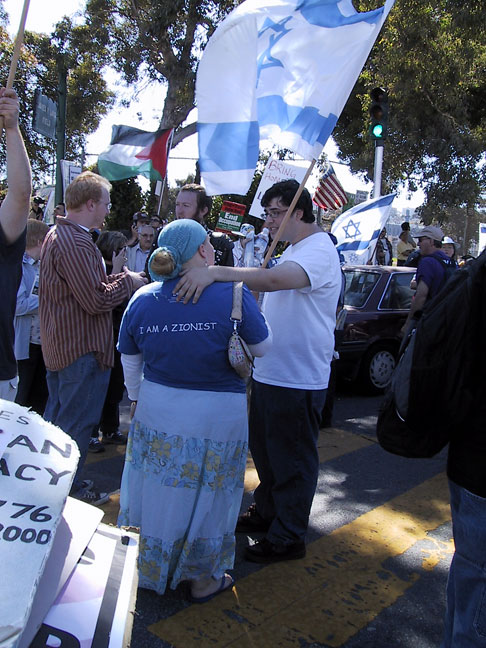 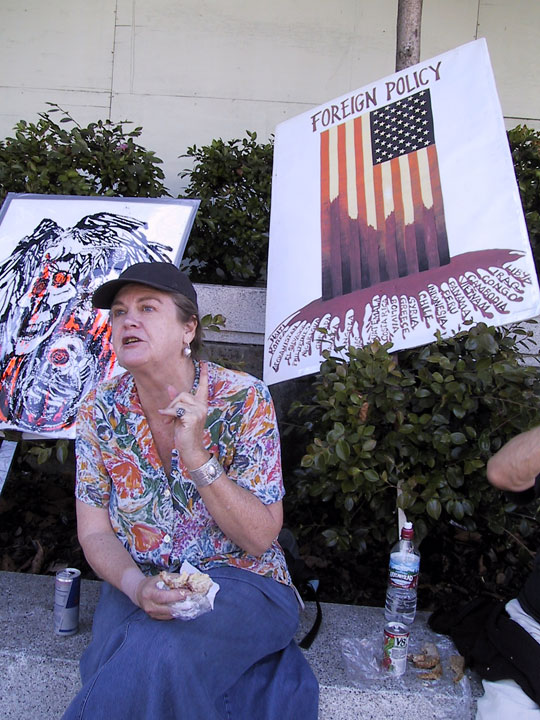 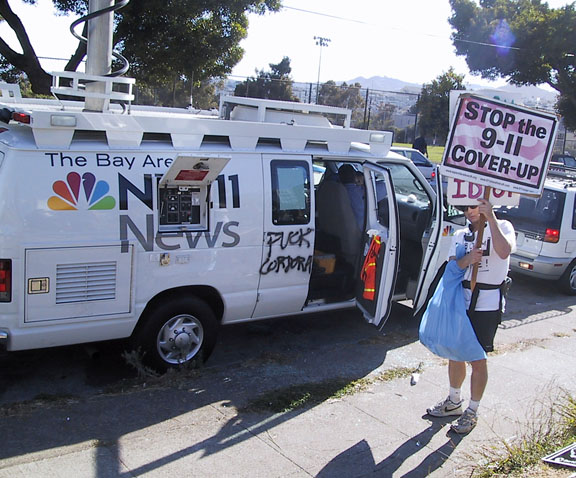 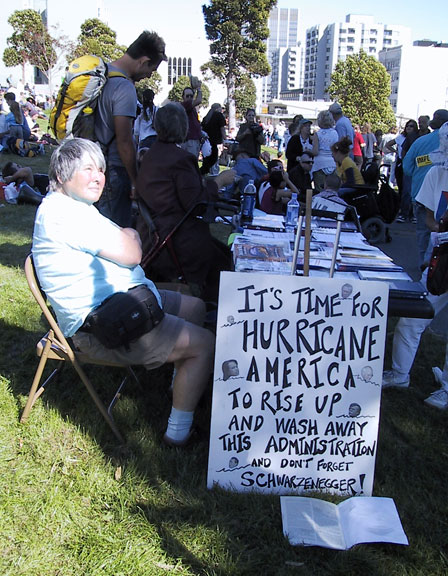