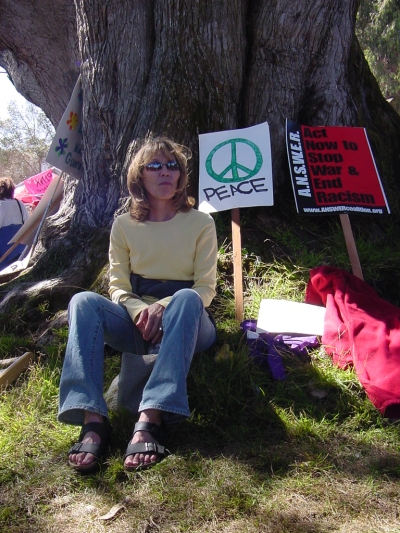 I was in a cynical mood today.

Was this demonstration a McProtest? Just more packaged and commodified product? An "event" to be routinely consumed, and mastered... before the next event... and the next?

Hopefully, some people had their comfortable perspectives piqued today-- in particular, ideas that the Iraq War is an isolated abomination, or that it can be pinned on Bush and his coterie alone.

Much of the mass spontaneity, energy and anger of earlier marches seemed to be ebbing-- even though there may be more people than ever opposed to Bush and the Iraq War.

Even so, could it be that as more people come together in their opposition what appears to meander and slow as it becomes more channeled disguises a greater power, much like a river that nears its end?

Or will all the rage and power puddle, dry and vanish before they reach their goal? 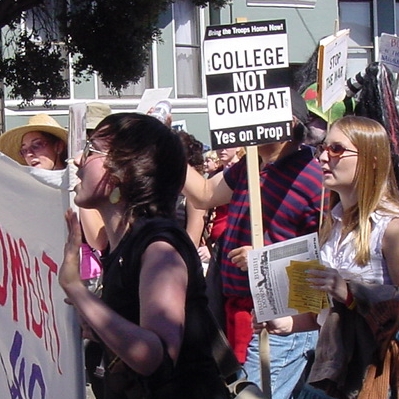 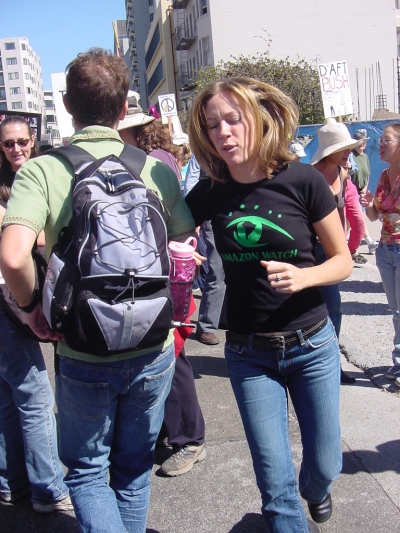 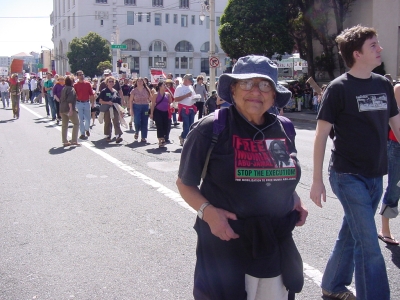 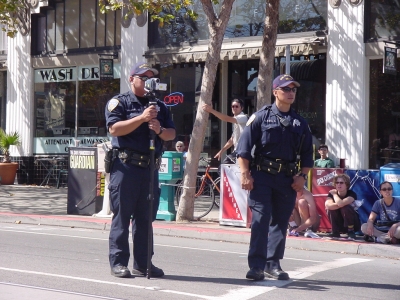 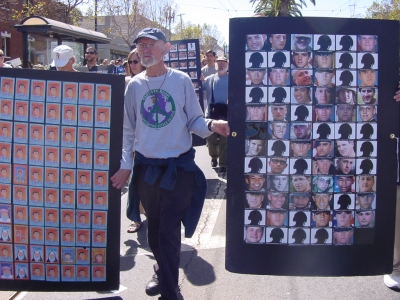 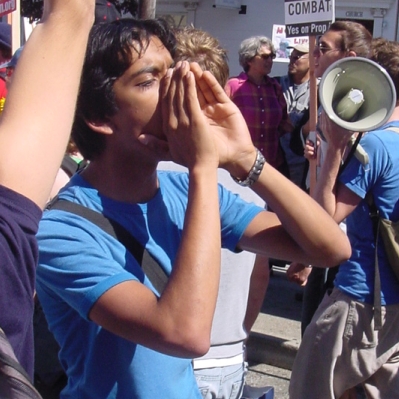 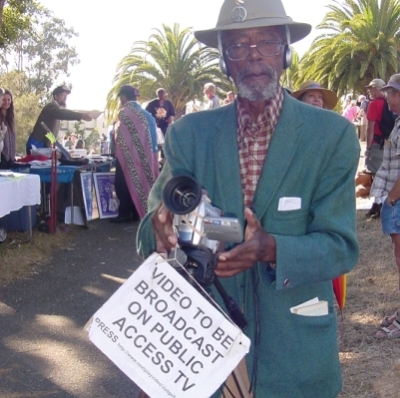 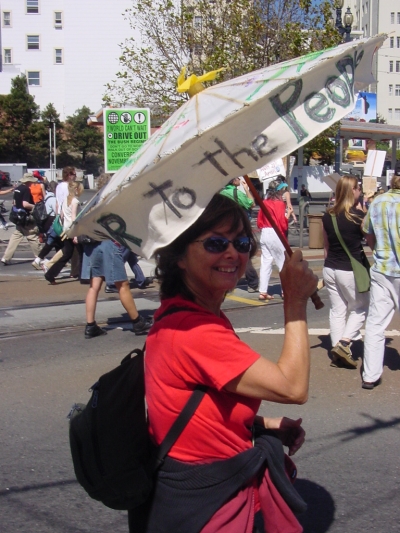 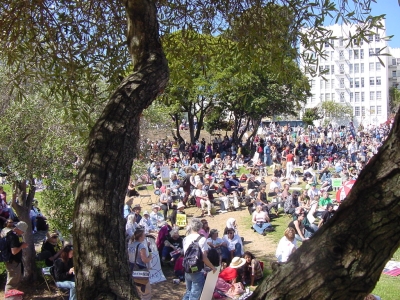 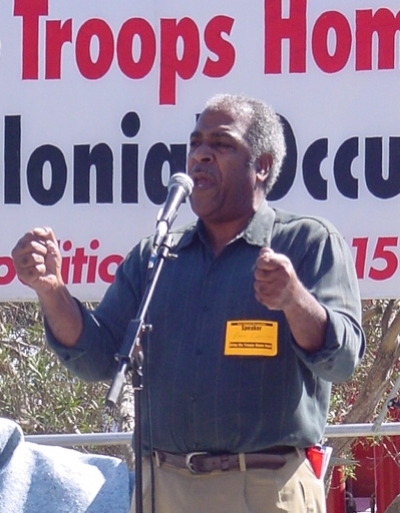 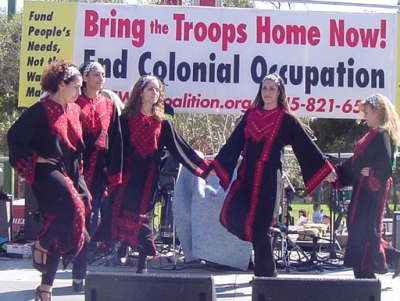 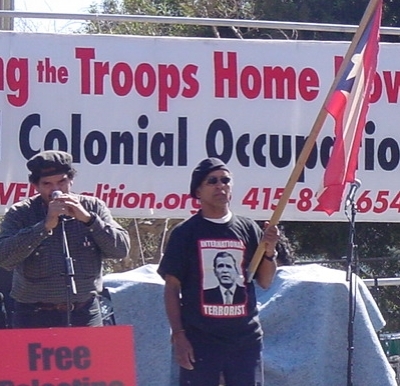 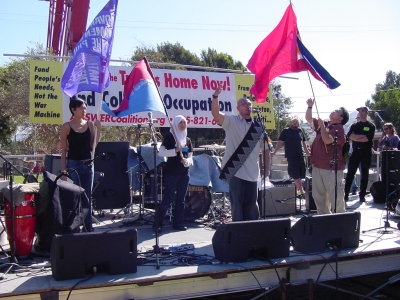 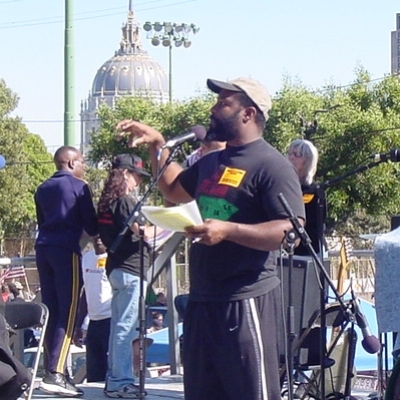 §Remember the Gay, Transgendered, Bisexual and Lesbian Communities
by Robert B. Livingston Sunday Sep 25th, 2005 6:03 AM 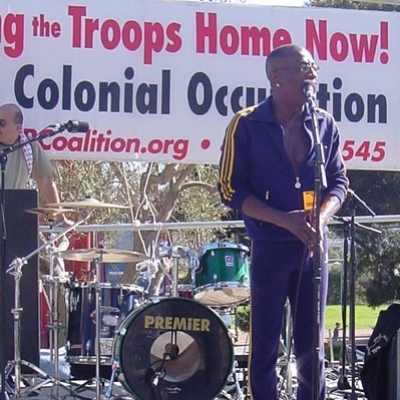 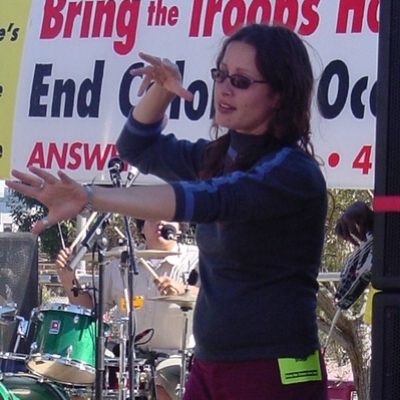