Add an Event
Newswire
Calendar
Features
Home
Donate
From the Open-Publishing Calendar
From the Open-Publishing Newswire
Indybay Feature
Publish to Newswire
Add an Event
Related Categories: U.S. | Health, Housing & Public Services
Exit Only at the George R. Brown in Houston
by ~Bradley (bradley [at] riseup.net)
Thursday Sep 22nd, 2005 1:25 AM
On September 20, Vinny and I returned to the George R. Brown Convention Center in Houston to find out what was happening with the Katrina survivors since the Convention Center was closing it's doors as a shelter. An "Exit Only" sign on the doors made it clear that Katrina survivors were no longer welcome at the Convention Center. According to Anna Holly, Onsite Public Information Officer, it was time to "get back to business, back to conventions." 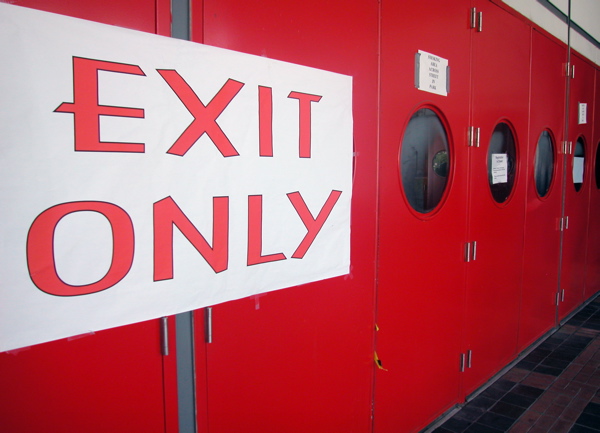 Many people were able to secure housing, however that was not the case for everyone. Vinny spoke with several people that had been excluded from federal services and are not sure what they are going to do for a job and housing.

If you can make it out to Texas, Mississippi, Alabama or Louisiana, your help is definitely needed. 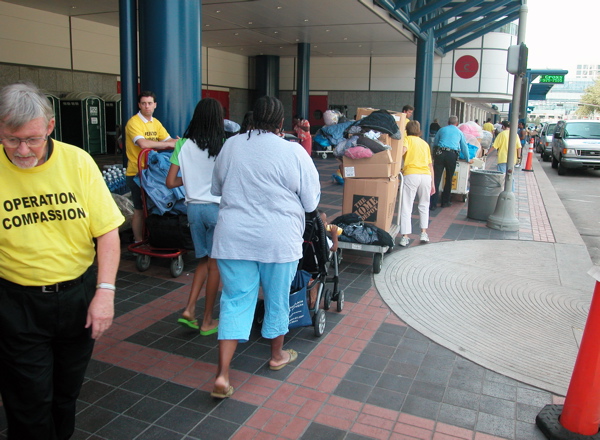 Police and Operation Compassion volunteers moved peoples' belongings out of the Convention Center
§Vinny Interviews a Youngster
by ~Bradley (bradley [at] riseup.net) Thursday Sep 22nd, 2005 1:25 AM 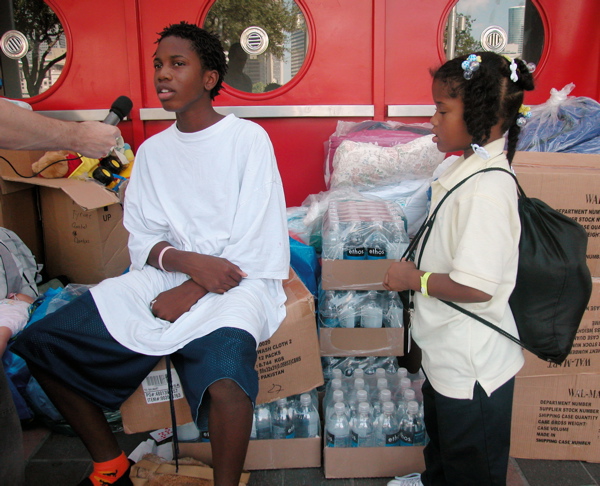