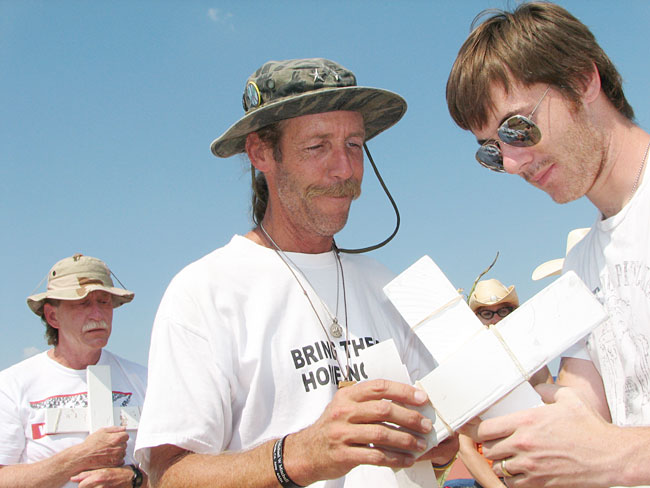 Jeff Paterson, Not in Our Name
Final Report from Crawford, Texas (August 30, 2005)

Cindy Sheehan and Steve DeFord, Gold Star Families for Peace, began yesterday’s morning press conference with a call for all remaining Camp Casey materials to be sent to the devastated New Orleans area. Military families and veterans, including National Guardsmen, called on fellow vets in Louisiana to help with disaster relief. Speakers also expressed concern that with tens of thousands of National Guardsmen deployed in Iraq, states are not as prepared as they should be to handle natural disasters.

Paralyzed Iraq veteran Tomas Young called on President Bush to meet with him to explain why his best hope to walk again, stem cell research, was not being pursued. Tomas was wounded in Iraq the same day that Casey Sheehan was killed.

Later in the afternoon, Dennis Banks, the "Commander and Chief" of the American Indian Movement (AIM), presented Cindy a cloak on behalf of her fallen warrior son. He then presented Cindy a pin of five gold stars (it looked a lot like the rank insignia of a five star general). Dennis explained that the pin was not only representative of her as a gold star mother, but also of a leader in the struggle against injustice and war. He was also not the first person to mention Cindy and Rosa Parks in the same sentence. Four other members of AIM joined Dennis on stage for a ceremonial drum circle.

This morning the white crosses gracing the front of the massive Camp Casey II tent were ceremoniously removed, with the deconstruction of the encampments to follow throughout the day and into tomorrow. Tomorrow morning the “Bring Them Home Now Bus Tour” is scheduled to embark from Crawford. Three different buses are to take different routes across the country to meet up in Washington DC for the national mobilization to the stop the war September 24 – 26.
http://www.bringthemhomenowtour.org/

For a complete archive of my photos, reports, and video from Crawford, Texas for the last two weeks:
http://www.notinourname.net/war/sheehan.htm

Following up on my coverage of last Saturday’s Crawford rally for “God, Troops, Bush and Endless War (Until Victory),” I’ve edited a short 4:30 min. video. The focus of the video is that of a right-way youth group, the “Protest Warriors,” fleeing the pro-war rally.
http://www.indybay.org/news/2005/08/1763194.php
http://www.notinourname.net/war/sheehan.htm
§Kelly Dougherty, Iraq Veterans Against the War
by Jeff Paterson, Not in Our Name (jeff [at] paterson.net) Tuesday Aug 30th, 2005 10:21 PM 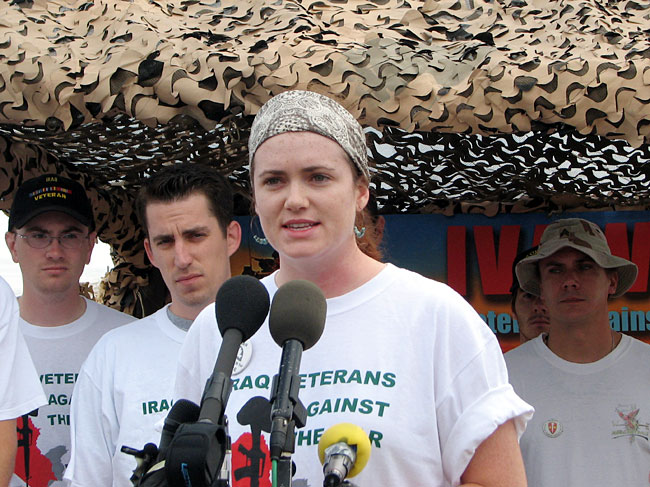 Top photo: Bill Mitchell hands over his son's cross as Camp Casey prepares to take on the road.
http://www.notinourname.net/war/sheehan.htm
§Cindy Sheehan and IVAW
by Jeff Paterson, Not in Our Name (jeff [at] paterson.net) Tuesday Aug 30th, 2005 10:21 PM 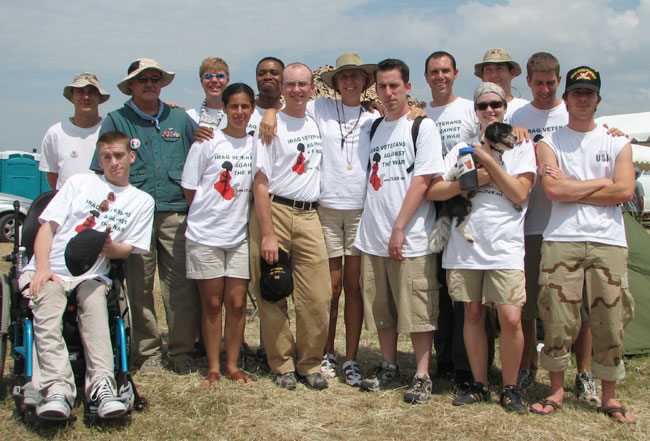 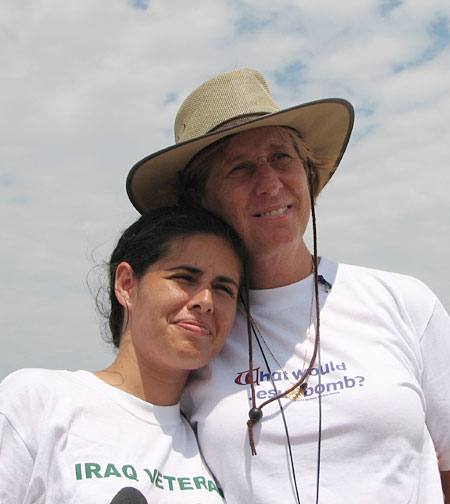 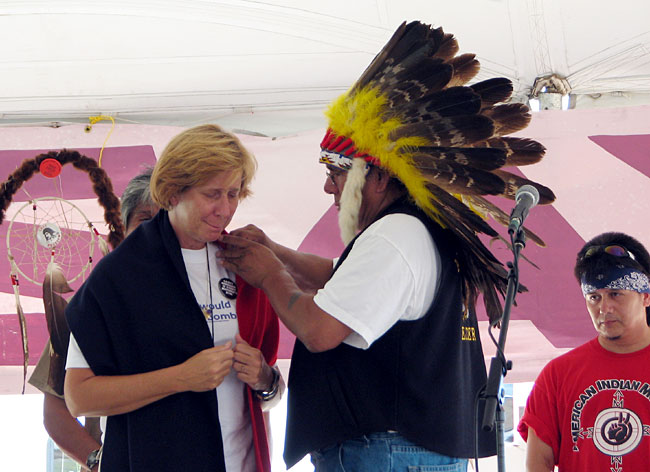 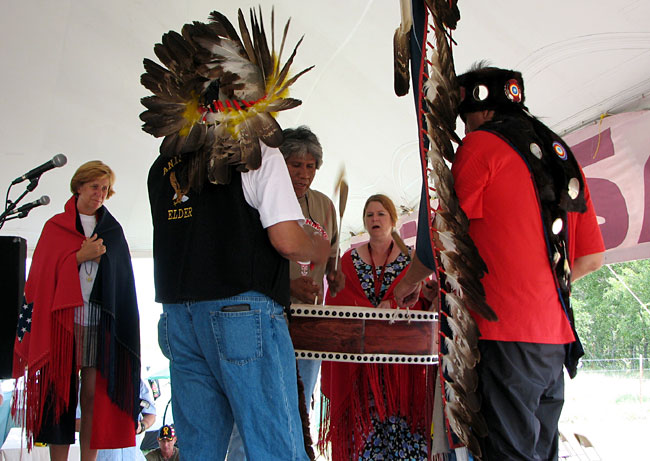 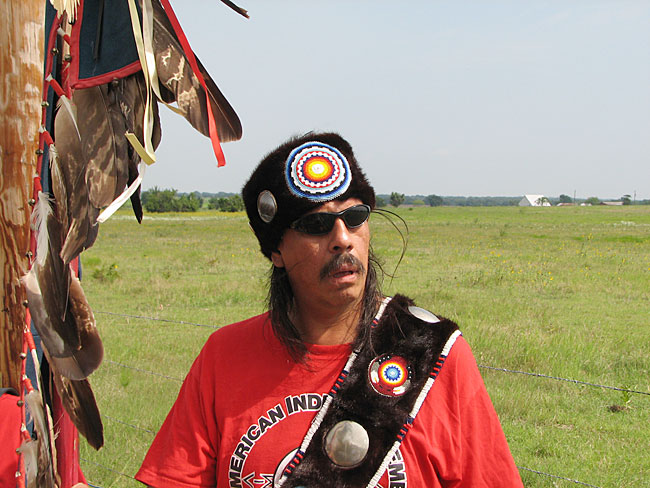 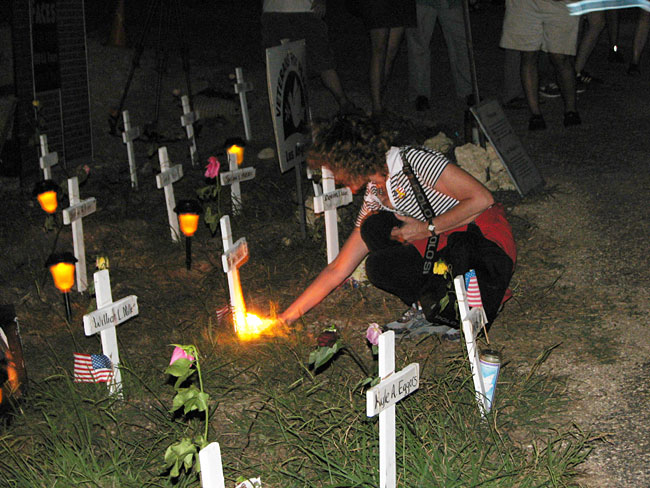 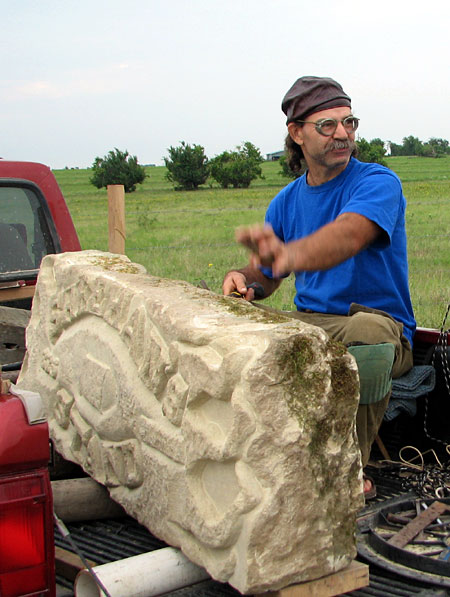 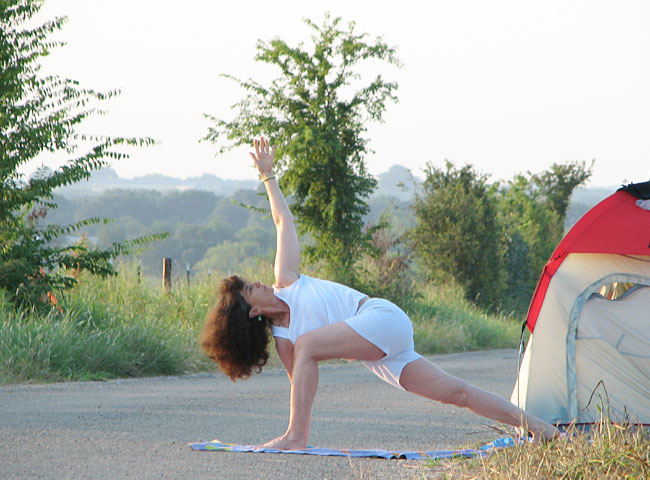 http://www.notinourname.net/war/sheehan.htm
§Roses removed from the crosses
by Jeff Paterson, Not in Our Name (jeff [at] paterson.net) Tuesday Aug 30th, 2005 10:21 PM 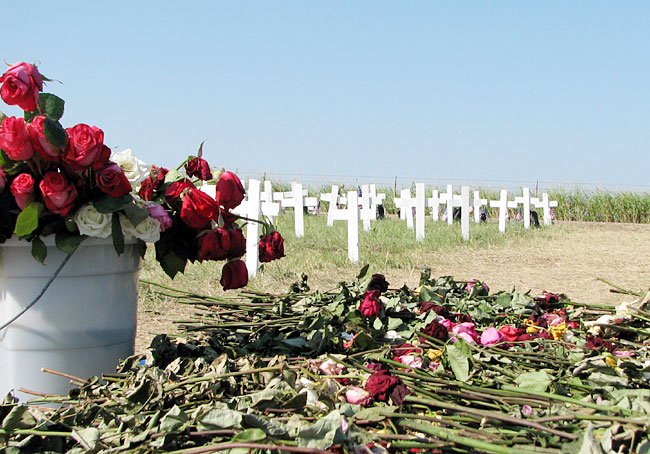 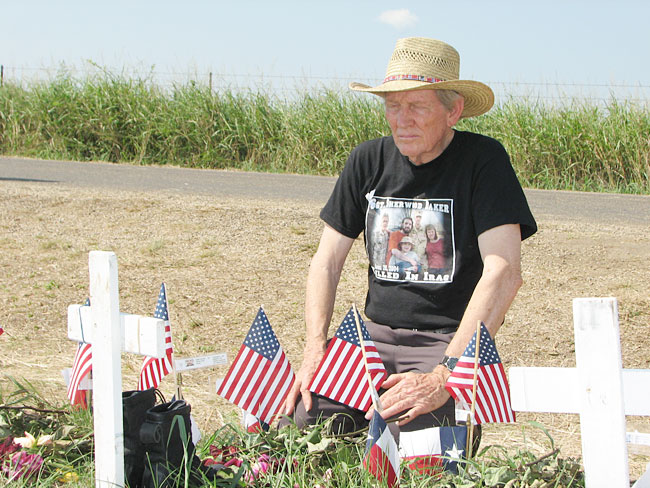 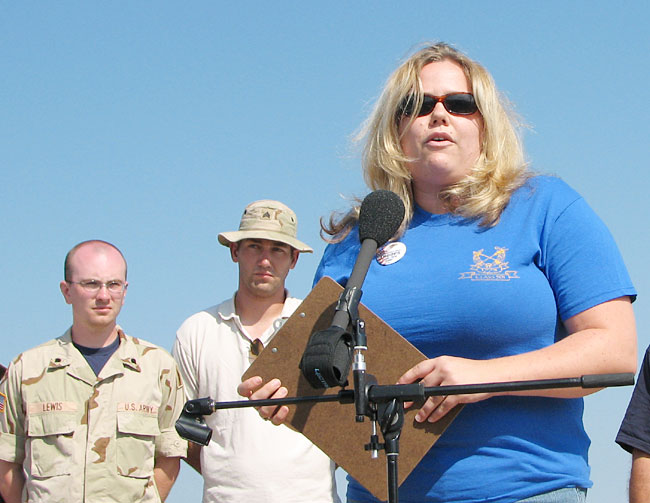 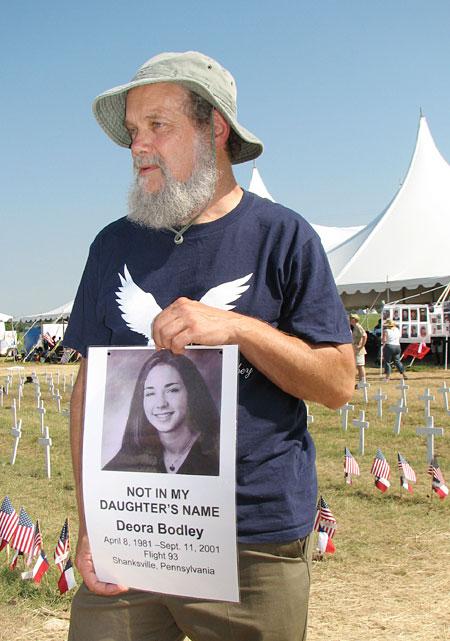 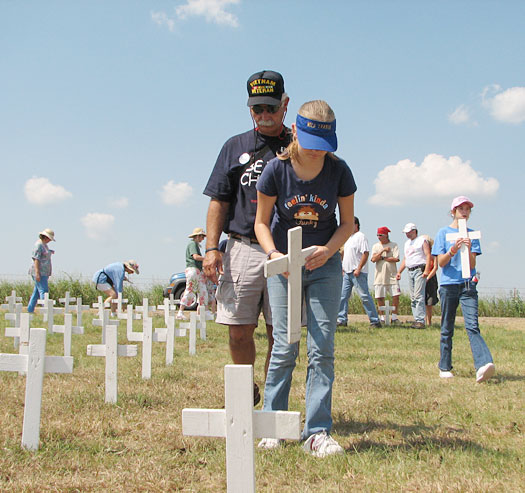 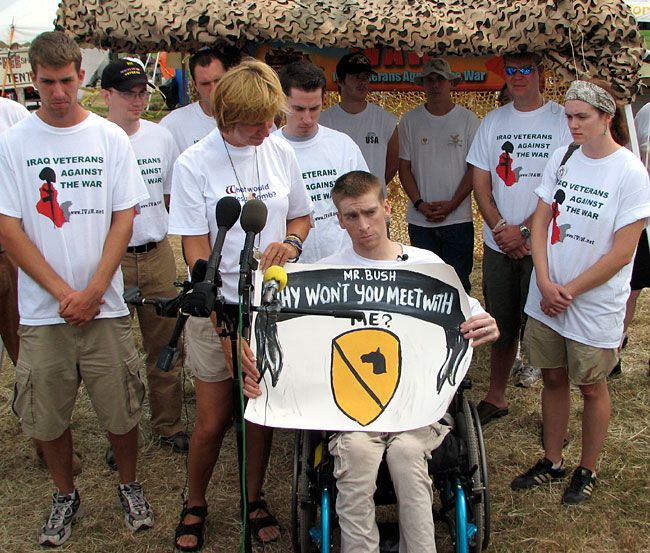 http://www.notinourname.net/war/sheehan.htm
Add Your Comments
Support Independent Media
We are 100% volunteer and depend on your participation to sustain our efforts!