Add an Event
Newswire
Calendar
Features
Home
Donate
From the Open-Publishing Calendar
From the Open-Publishing Newswire
Indybay Feature
Publish to Newswire
Add an Event
Related Categories: Palestine | International | Arts + Action
Banksy Bombs West Bank
by BANSKY
Monday Aug 8th, 2005 11:43 AM
Bansky has been on holiday and he's taken his spray can with him ... to the Palestinian side of Israel's separation wall. 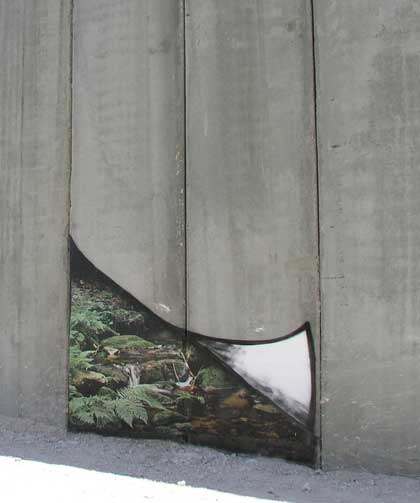 Bansky has been on holiday and he's taken his spray can with him ... to the Palestinian side of Israel's separation wall.
http://www.banksy.co.uk/
§Banksy Bombs West Bank
by BANSKY Monday Aug 8th, 2005 11:43 AM 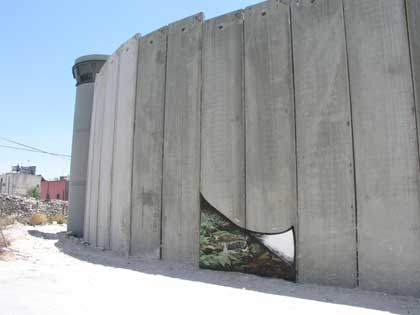 A spokeswoman for the artist, Jo Brooks, said: "The Israeli security forces did shoot in the air threateningly and there were quite a few guns pointed at him. The images are still there."
http://www.banksy.co.uk/
§Banksy Bombs West Bank
by BANSKY Monday Aug 8th, 2005 11:43 AM 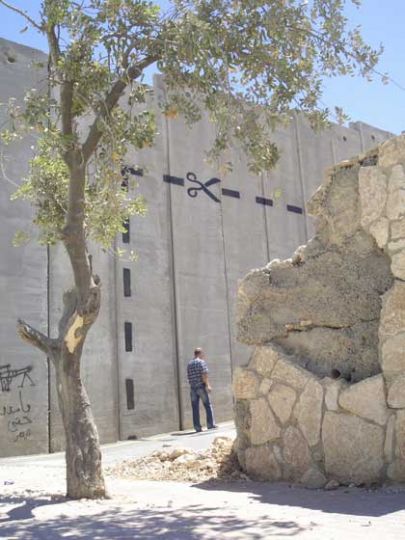 The barrier, made of concrete walls and razor-wire fences, has been declared illegal by the UN, which has ordered it to be dismantled. This is not the first of Banksy's stunts. He once placed a painting of a can of Tesco tomato soup and a woman wearing a gas mask in New York galleries.
http://www.banksy.co.uk/
§Banksy Bombs West Bank
by BANSKY Monday Aug 8th, 2005 11:43 AM 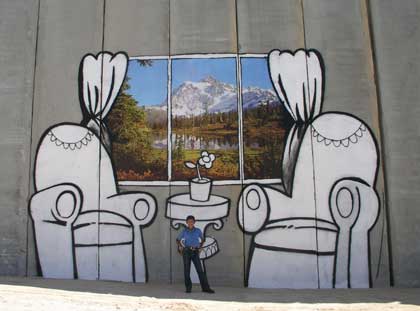 And earlier this year, staff at the British Museum in London were left with red faces after discovering one of his hoax exhibits on display - a cave painting of a primitive man pushing a supermarket trolley. The "rock painting", entitled Early Man Goes to Market, depicted the outline of a spear-wielding caveman pushing a trolley, but failed to raise eyebrows among staff at the museum for several days.
http://www.banksy.co.uk/
§Banksy Bombs West Bank
by BANSKY Monday Aug 8th, 2005 11:43 AM 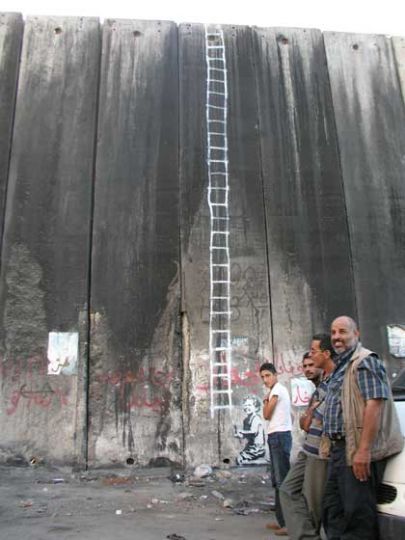 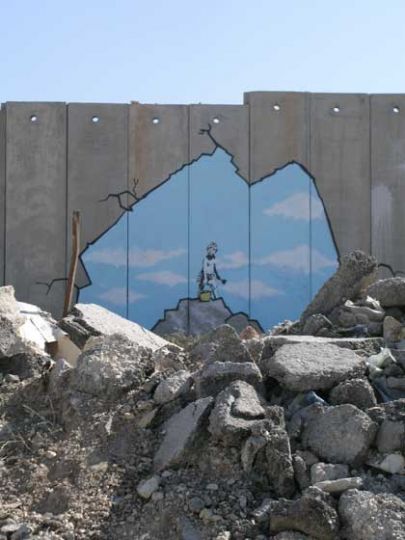 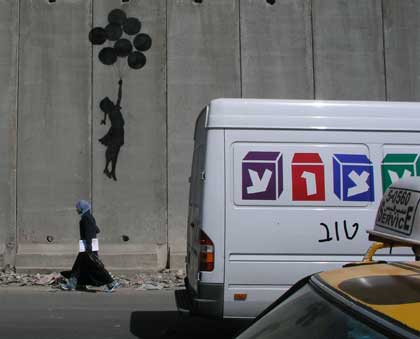 §Beautiful
by Me
Friday Feb 22nd, 2008 5:32 PM
Beautiful and heartbreaking at the same time.
Add a Comment
§how high?
by deadbloke
Friday Oct 24th, 2008 6:56 AM
But HOW did the great Banksy scale the heights required to paint?
Add a Comment
Support Independent Media
We are 100% volunteer and depend on your participation to sustain our efforts!