An 11-year-old girl, acting in self-defense, should not be treated as a felon. We have a duty as people to prevent this from becoming a precedent.

A support rally was held in Fresno for an eleven year old Maribel Cuevas, arrested for defending herself against neighborhood boys who were throwing water balloons at her. Maribel, who threw a rock and hit one of the boys, was arrested by a Fresno police officer who hand cuffed her as she lie on the ground with his knee on her back. Three police cars responded and a law enforcement helicopter was overhead during the arrest of the young girl. She was taken to juvenile hall where she spent the next 5 days. The charge against her is felony assault with a deadly weapon and her trial is due to start on Wednesday, August 3, 2005.

At a rally on Friday, July 29, in front of the Fresno juvenile hall facility where Maribel Cuevas had been held, the Rev. Floyd Harris called for justice in the case. Speaking to the 75 - 100 people at the rally he said "there is a new movement in Fresno. . . and it is time for us to stand up and be counted." The rally was organized by the Coalition for Civil Rights in Fresno, a new organization that is addressing issues of police misconduct.

Also speaking at the rally was Maribel Cuevas’s father. Speaking in Spanish, Martin Cuevas said the family was grateful for the support and said he hoped other families would not have to go through what they have endured. Mr. Cuevas said that the "police should not punish our children, they should be protecting them." He added that how you are treated by the police should not depend on whether people have legal documentation to be in this country or not. Everyone should be treated equally under the law.

The arrest happened in April 2005 when Maribel was outside her home and several neighborhood boys rode by on their bikes, teasing her, calling her names, and throwing water balloons at her. When the boys refused to leave, Maribel responded by throwing a rock that hit one of the boys on the forehead. An aunt of one of her playmates saw the boy’s forehead was bleeding and put a towel on it to stop the bleeding. She then called 911. In the meantime, Maribel ran to the boys house to apologize to his parents.

Maribel says that when the police arrived they grabbed her from behind, "by my shirt. I was so scared. . . I didn’t know what they were doing." Maribel’s mother, Guadalupe Cuevas, tried to reach her daughter but was kept away by arresting officers. Guadalupe does not speak English and the arresting officers did not speak Spanish. Maribel was read her Maranda rights (twice) in English, taken to juvenile hall, and booked on felony assault charges. She was held in juvenile hall for the next five days, without seeing her parents.

Gloria Hernandez, one of the organizers of the rally, announced to those assembled that Maribel and her family had arrived. Hernandez, pointing to the juvenile hall behind her, said that "Maribel is a symbol of all the other children that are in the criminal justice system." Hernandez compared the prison industrial complex to the system of boarding schools that took away the language and culture of Native American people.

The diversity of the crowd at the support rally was impressive. There were members of the Latino, African American, the Asian community, as well as a handful of Anglo allies. Several speakers at the rally pointed to the need for an Independent Police Auditor (IPA) in Fresno. For more information about the effort to bring an IPA to Fresno, see: http://www.fresnoalliance.com/cccjc/ . The new direction that seems to have come out of the arrest of Maribel Cuevas is talk about organizing a local Copwatch program in Fresno. Here are the details about an organizing meeting to set this up:

Saturday, August 27
12 Noon - 5 PM
Copwatch - Help stop the cops from being the judge, jury, and executioners!

Do you want to:

Do you want to learn to:

Come to the Fresno Copwatch Meeting which will be held at the Hinton Center, 2385 S Fairview (located at Fairview and Church Ave in West Fresno).

For More Information call or email: 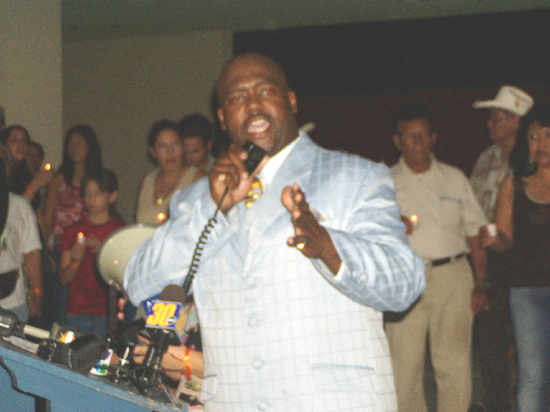 The Rev. Floyd Harris said “it is time for us to stand up and be counted.”
http://www.freemaribel.com/
§Gloria Hernandez
by Mike Rhodes (MikeRhodes [at] Comcast.net) Saturday Jul 30th, 2005 10:04 AM 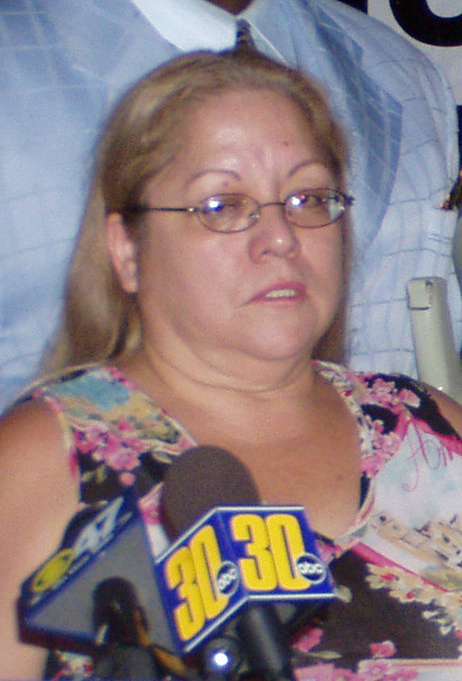 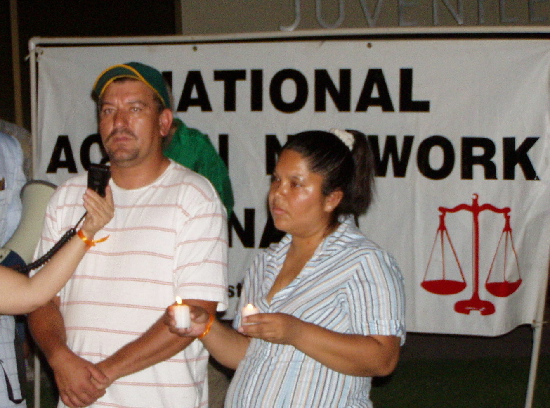 Martin Cuevas said the family was grateful for the support.
http://www.freemaribel.com/
§Maribel Family and Friends
by Mike Rhodes (MikeRhodes [at] Comcast.net) Saturday Jul 30th, 2005 10:04 AM 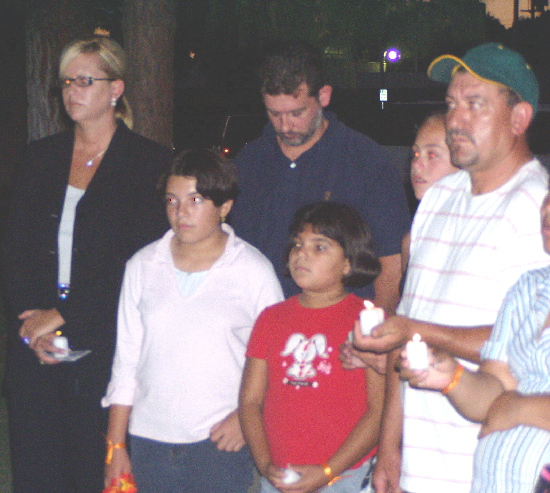 Maribel Cuevas, second from the left, attended the rally with her family and friends.
http://www.freemaribel.com/
Add Your Comments

As to the piece of shit that threw Maribel to the ground and ground his kneecap into her back, how does it feel big man? Beating up and terrorizing a small young girl. Makes you feel like a man?

Maybe someone should come to your home and do that to your kid. You worthless piece of shit.

http://sfgate.com/cgi-bin/article.cgi?f=/c/a/2005/08/02/BAG2EE1BNU1.DTL
http://sfgate.com/cgi-bin/article.cgi?f=/c...
Add a Comment
§Who are the Officers who made the Arrest?
by Betty
Tuesday Aug 2nd, 2005 4:50 PM
Who were the arresting Officers, and who was the Officer who wrote the report. As any reporter investigated their record? I would like to see the employment record the policemen involved. Are they any police officers sent the scene who actually live in a 10 mile radius of the scene.
I feel sorry for the decent and good Officers who have to work with Officers who would overreact and handle the situation so irresponsibly. The Chief of Police can't even seem to acknowledge what the general public both in Fresno and Worldwide at what a great mistake the arresting Officer made. He seems to be a dry drunk and is being investigate for the suicide of one his officers who he fired, who killed himself on Chief Dyer's lawn. The Mayor who is also a recovering addict (and born again Christian) is not one to step up and be accountable for the mishandling of the situation.
I was proud that at least 100 people came out for the Vigil and thank the SF press for putting it in the news.. I hope they have a follow up story on the investigagtion into the Fresno PD and the Mayor because with only one large newspaper in Fresno, the Fresno Bee. they might be are only reports.
Add a Comment
§come out come out
by kelly
Wednesday Aug 3rd, 2005 1:26 PM
come out from under your rocks you racist opportunists! Stand firm for your notions of justice, put forth those ignorant remarks formed in your cauldrons of hatred, see if our city benefits from being associated with pinch headed racism shamelessly spewed by cowards. You have your friends in power doing all they can to make Fresno worse than any other city, when number 277 drops like a rock to whatever the lowest score possible is, dont forget to stake your claim to the results. Maribel's assaulter isnt the only one with rocks in the head.
Add a Comment
§money is needed
by maria (maria.lebron [at] mygibbsny.edu)
Friday Jan 13th, 2006 8:56 AM
Fights normally hapens in between kids sometimes some one comes out hurt and then some one says sorry and all is forgotten. A simple fight occurs between people who are not known by society and some one is arrested at time an inncident occurs with some one famous money is given and its let by-gone be by-gones.
Add a Comment
Support Independent Media
We are 100% volunteer and depend on your participation to sustain our efforts!