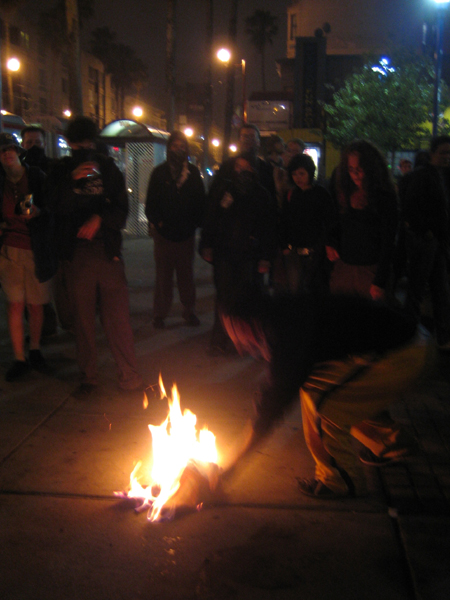 After gathering at 16th & Mission Street, the protesters began marching down Mission about 9pm, immediately trailed by police on foot and in vehicles giving dispersal orders. The crowd broke then broke ito smaller groups. 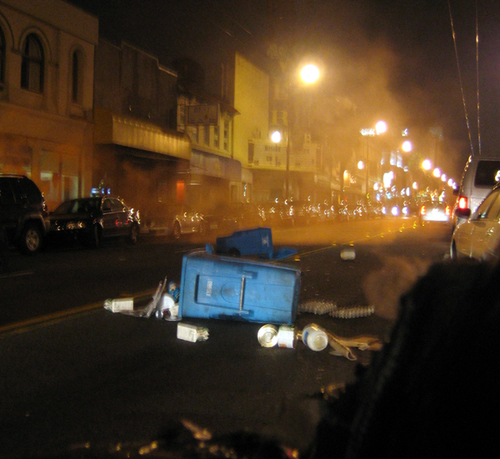 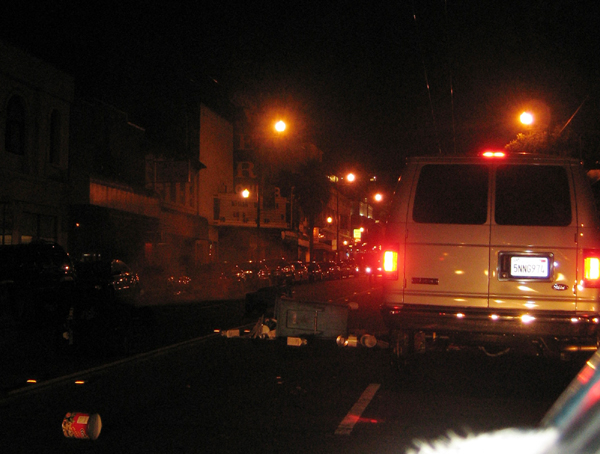 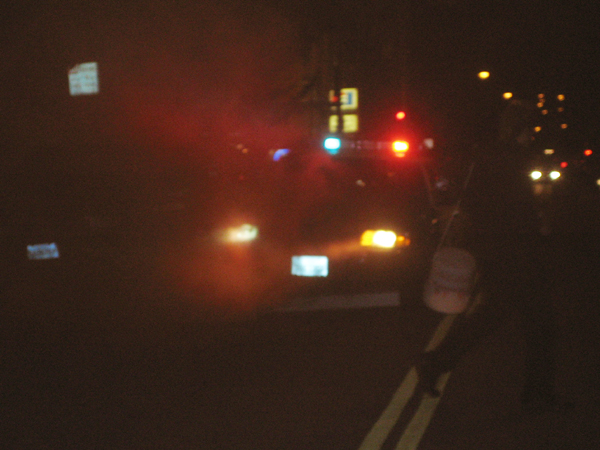 On 23rd Street near Valencia, an officer rounded the corner at a high rate of speed, threatening and possibly hitting some protesters. Some protesters reportedly threw some sort of foam obstacle in the cruiser's path. The car had its grill and tail-lights broken and appeared to be emiting smoke (although this may have come from a burning object nearby).
§Officer down
by Liz Highleyman (liz [at] black-rose.com) Saturday Jul 9th, 2005 2:15 AM 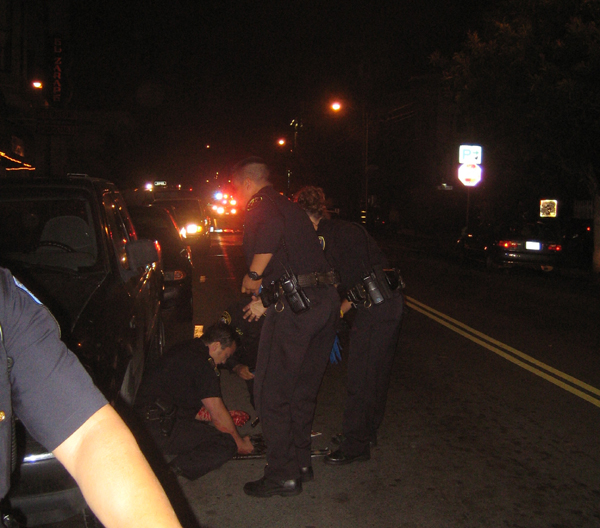 This officer sustained a bleeding head wound after emerging from the car, although photographer did not witness the altercation.
§Close up of officer down
by Liz Highleyman (liz [at] black-rose.com) Saturday Jul 9th, 2005 2:15 AM 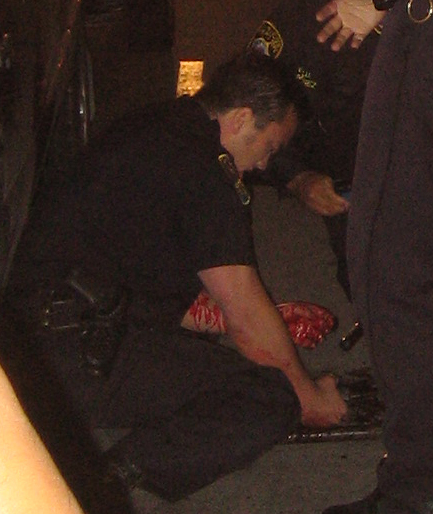 The officer at first was alone on the street as other cruisers drove by and an NLG observer tried to wave them down. A street medic on the scene attempted to render assistance. Many police reinforcements then arrived and cordoned off the area and an ambulance came to take away the injured officer.
Add Your Comments
LATEST COMMENTS ABOUT THIS ARTICLE
Listed below are the latest comments about this post.
These comments are submitted anonymously by website visitors.