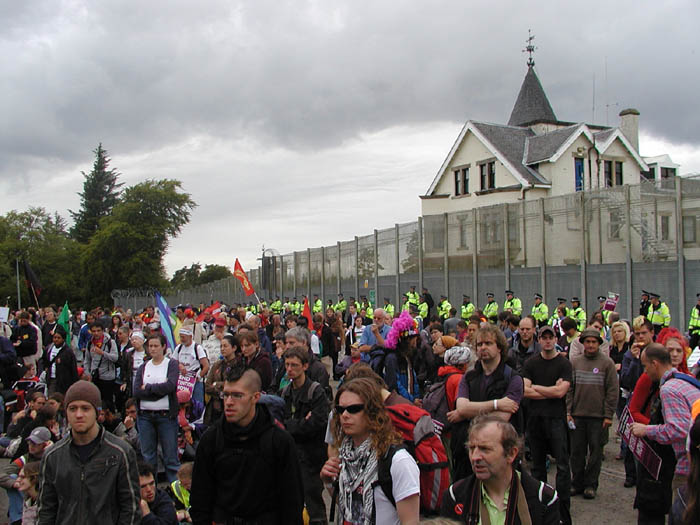 The Glasgow Campaign to Welcome Refugees in conjunction with G8 Alternatives called a demonstration outside Dungavel removal centre to draw attention to the racism of asylum policies.

People imprisoned there feel so desperate that many have tried to commit suicide. They have committed no crime yet are treated like criminals. Across Europe many thousands more are locked up like animals. Their only ‘crime’ has been to flee war, rape, famine and persecution, seeking safety and freedom. It is the policies of the G8 nations that create these horrific wars and famines that force millions to migrate in the first place. The G8 leaders need to know that we will not stand by while they demonise and whip up racism against refugees. Their scapegoating policies are a crude attempt to divert attention away from their disastrous economic and military adventures which force people to live in abject poverty and then brand refugees as illegal, imprison them and violently deport them to imprisonment, torture and death.

On 5th July thousands of people from across Europe and beyond showed solidarity with those behind the wire by joining an mass protest at Dungavel to demand equal rights and free movement for all, and for an end to detention and deportation. 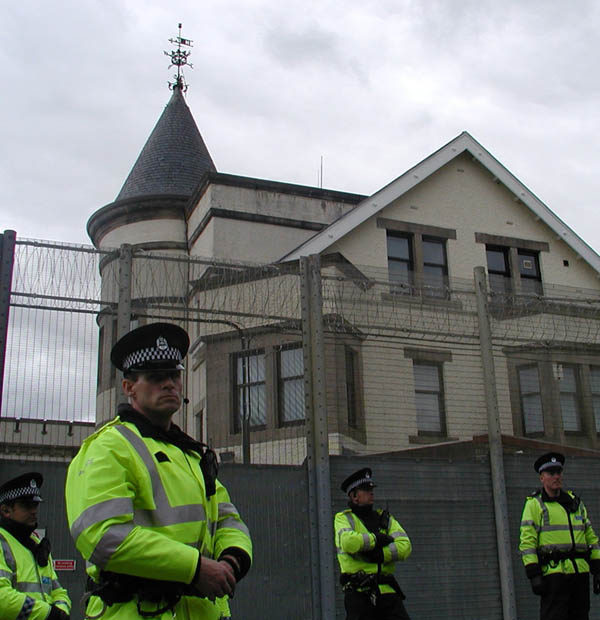 Dungavel Protests
Around 1000 people are demonstrating at a rally at Dungavel Detention Centre. Earlier some of the coaches were searched by police who took people's names and addresses - some demonstrators were also temporarily surrounded by police. All is calm, but marches are not allowed around the detention centre and there are thousands of police there. Instead the protestors are listening to some moving and powerful speeches from ex-detainees from the centre. The detainees however have been moved out of Dungavel for the period of the G8.
[see Dungavel Detainee Interview (audio mp3) | Borders at the G8 Feature | IMC Migration Section Amnesty Report on Detention Centres (june)]
§Photos From Dungavel Prison Protest In Scotland
by Z Tuesday Jul 5th, 2005 1:25 PM 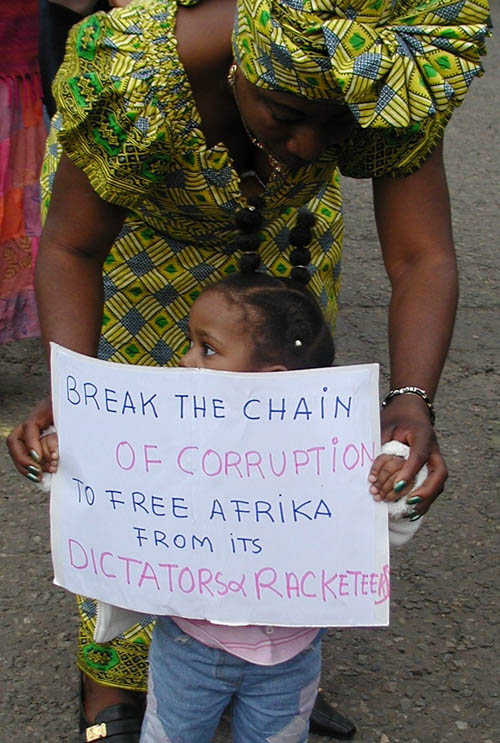 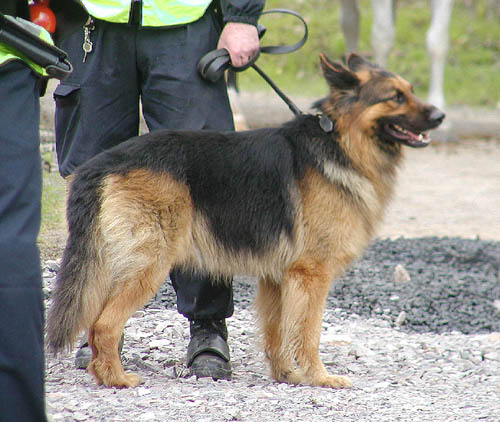 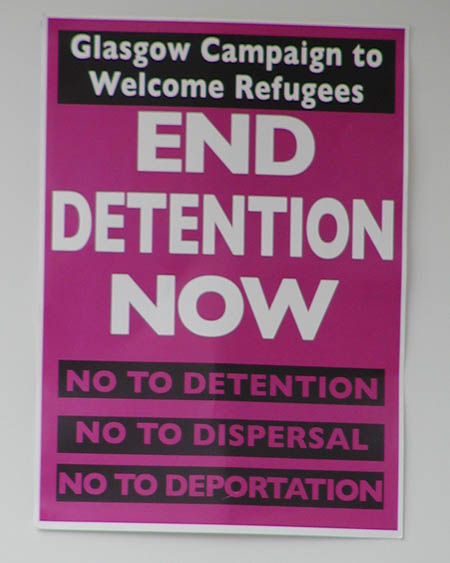 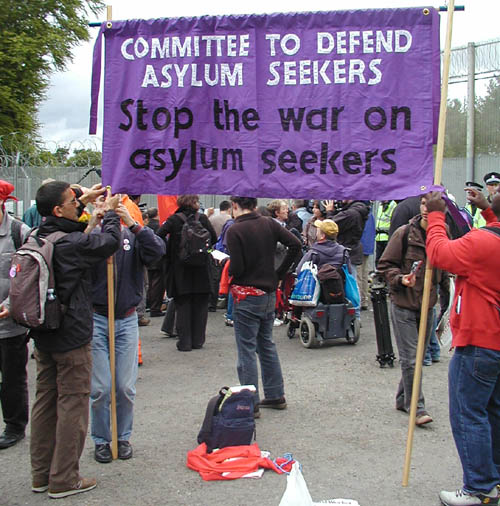 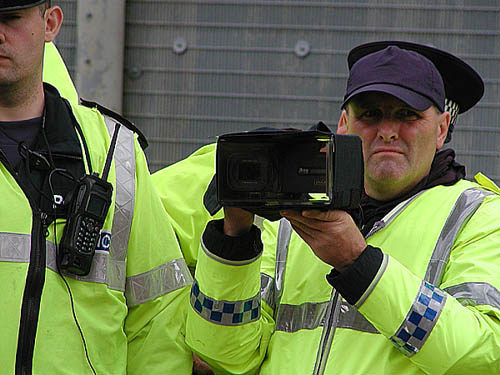 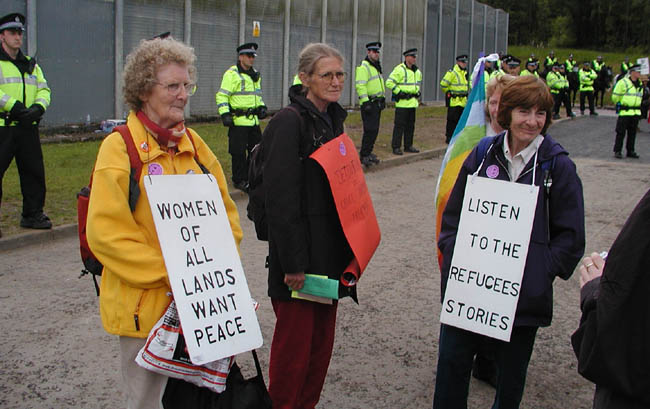 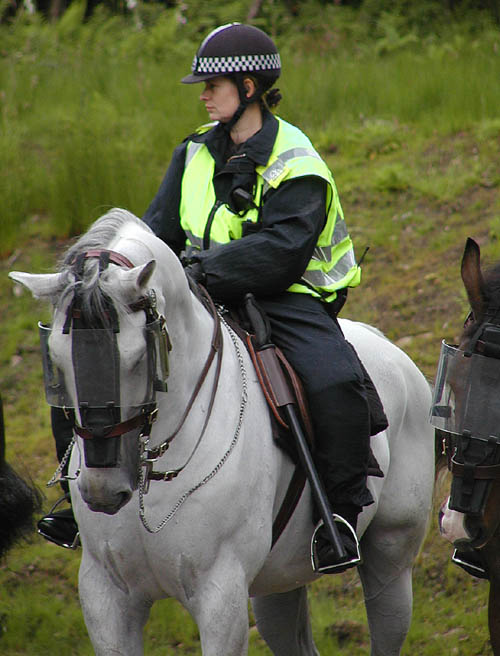 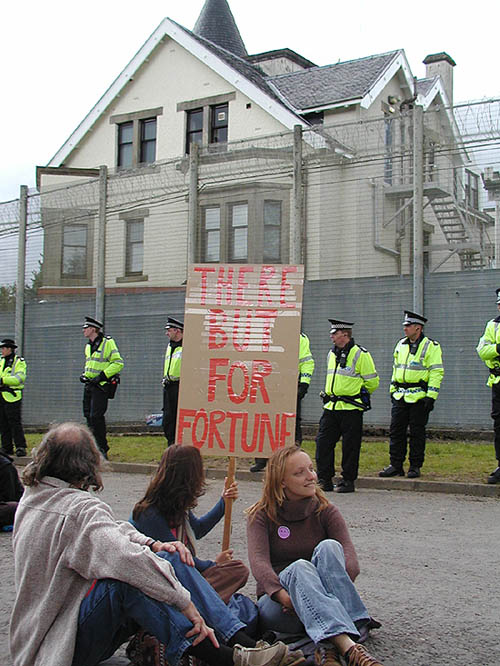 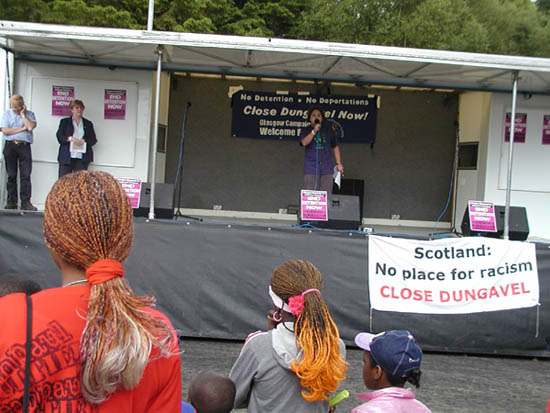 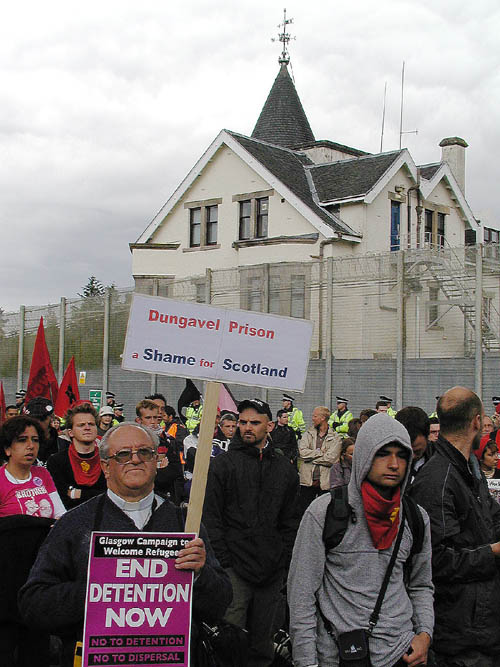 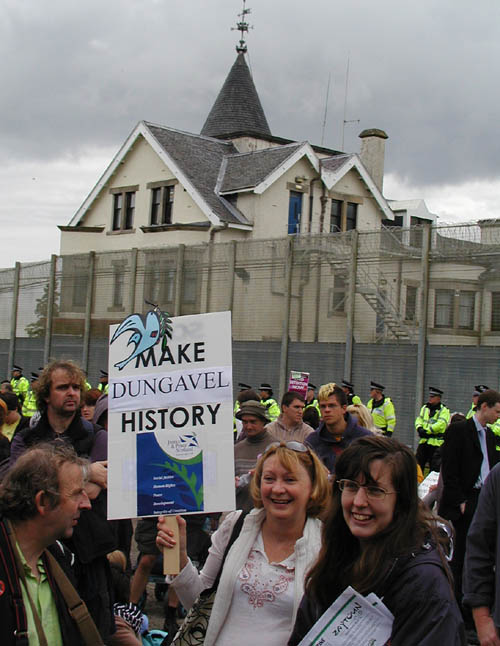 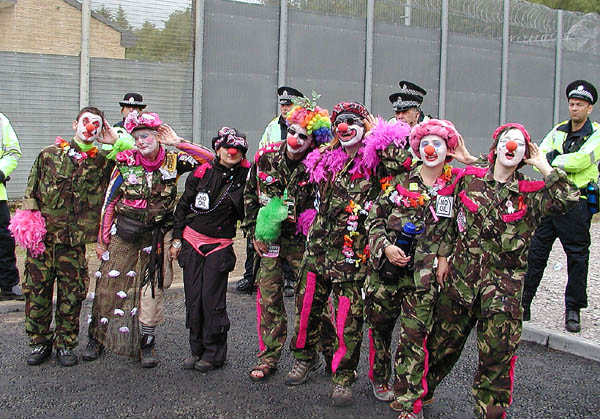 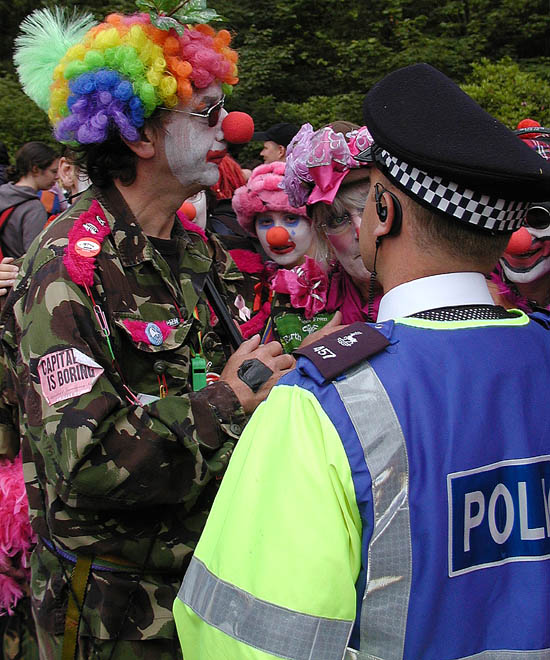 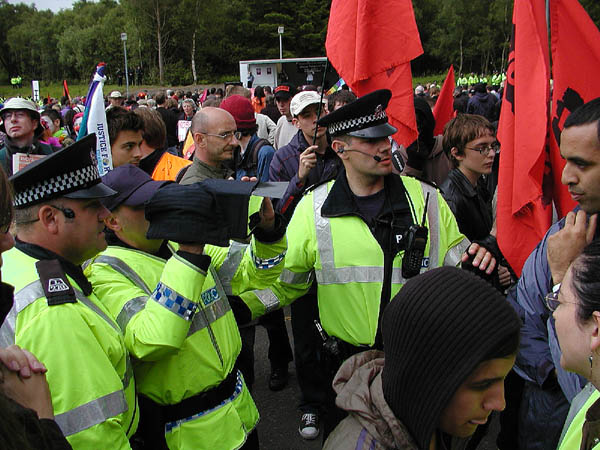 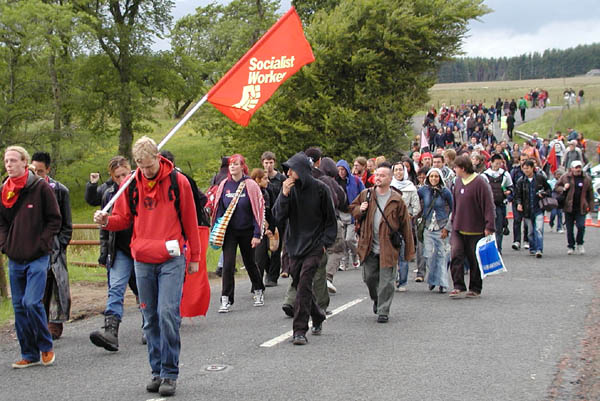 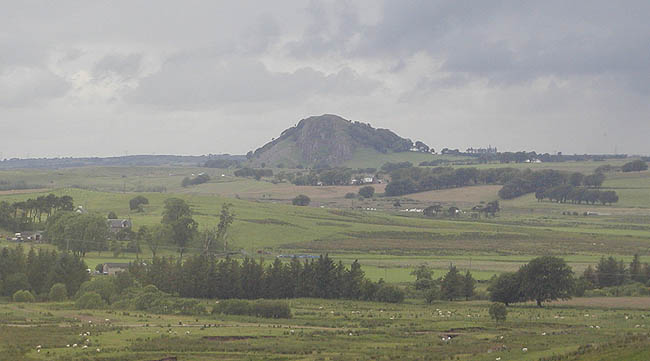