Add an Event
Newswire
Calendar
Features
Home
Donate
From the Open-Publishing Calendar
From the Open-Publishing Newswire
Indybay Feature
Publish to Newswire
Add an Event
Related Categories: Santa Cruz Indymedia
flag burning party in Santa Cruz
by Hilda
Friday Jul 1st, 2005 9:33 PM
The Santa Cruz radio station 101.1FM was reporting a flag burning event on Friday July 1 on the beach. 'freak' radio is great, and I am consistently amazed at how they are able to fill up their channel with richer content and very few hours where they plug in a rebroadcast tape. They had some interesting readings going on this evening. I arrived a bit late and took photos. 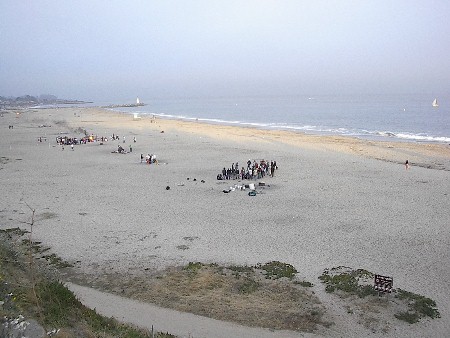 There was a group of about 30 people on the beach near other evening parties of people playing in the sand, cooking, and catching frisbees. None of them paid much attention to the circle of Cruzans and their short speeches and music as they arrayed their flags around the fire. As they started to burn them around 8pm, nobody on the beach barely cast a glance the entire time, much less reacted, because everyone is very tolerant.
A number of people played drums and music, which is very popular around here, smoked weed, and danced around. The crowd also reflected Santa Cruz demographics quite a bit. There are a lot more hippies than in San Francisco/Oakland, although not quite as many as Arcata, and a strong mix of people in mid 20s reflecting the colleges, and older people who arrived before housing became expensive. The flag burnings in Berkeley have been pathetic in the past year's with hardly any participants and no one with anything relevant to say, although their antiwar rallies and critical mass are smarter and have more style. The thing is, this year is different because if that flag amendment passes, that will clearly mark the point where we have sunk to the level of various authoritarian governments that we used to look down on.
Earlier, in the water, I saw otters rolling around eating crabs and washing their paws a lot. They aren't scared of people very much which is why they were hunted in large numbers
§gathering of people making a point
by Hilda Friday Jul 1st, 2005 9:33 PM 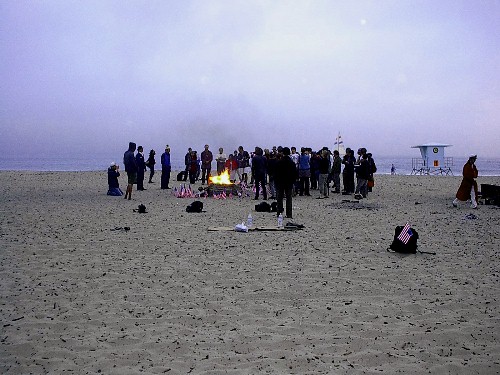 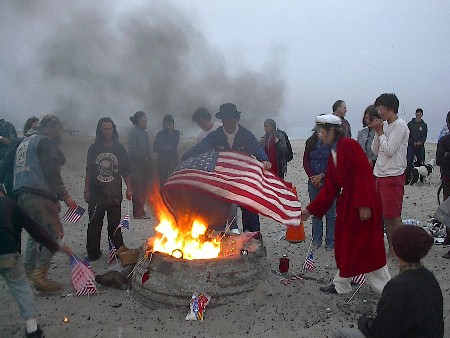 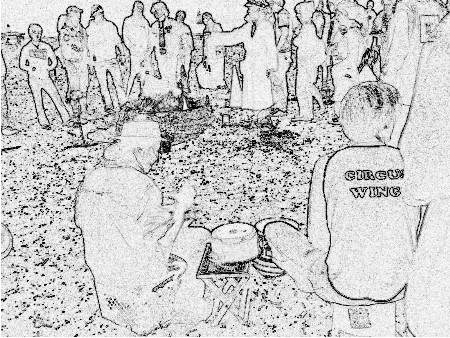 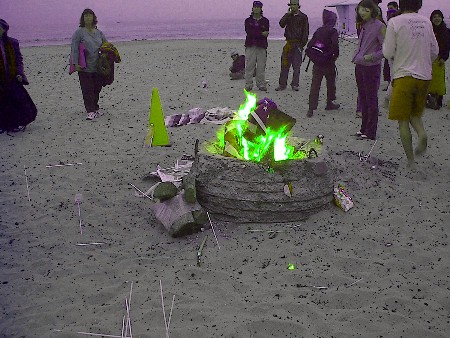 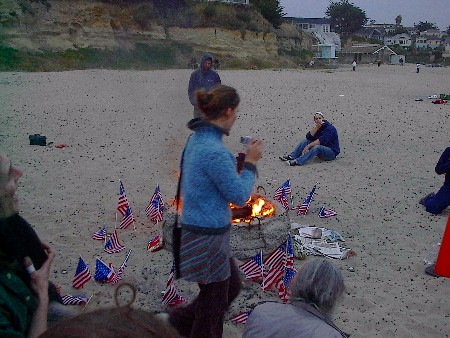 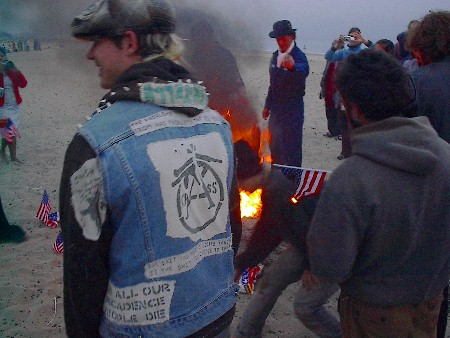 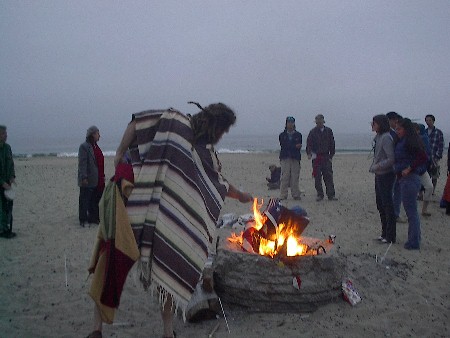