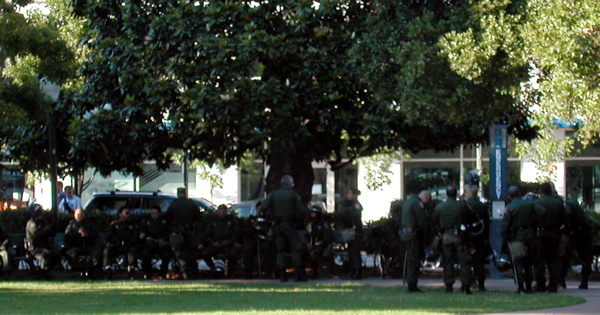 I really wonder how much money the police state spent before and during this march in downtown Palo Alto... Palo Alto police were joined by police from many other agencies, including Gilroy, Milpitas, Moutain View, Santa Clara County sheriffs, California Highway Patrol and especailly the San Jose police. Many cops wore riot gear and carried big guns, while some carried tear gas guns and other 'non-lethal' weapons.

The march against war, empire and capitalism was coordinated through Anarchist Action, a forum through which revolutionary anarchists can act and organize. Just over a month ago on May 20, downtown Palo Alto was the scene of a Reclaim The Streets party where hundreds of rebellious youth, students, and workers were united by an effective critique of global capitalism - weaving together the dominance of the G8, the monotony of modern urbanism, and alienated suburban boredom.
http://indybay.org/archives/archive_by_id.php?id=3236&category_id=34

For more information about the some of the motivations for the march, please see:
http://indybay.org/archives/archive_by_id.php?id=3337&category_id=12

A Communique From the Organizers
http://www.anarchistaction.org/paloalto/communique.html 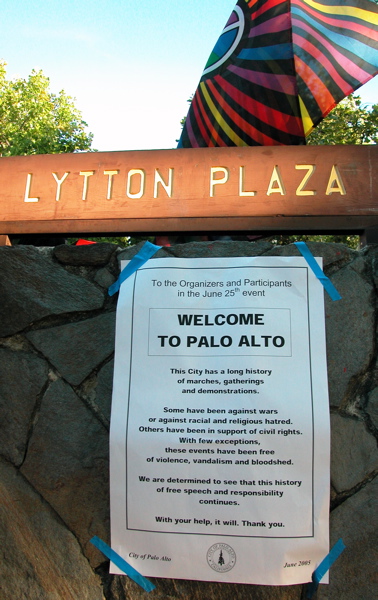 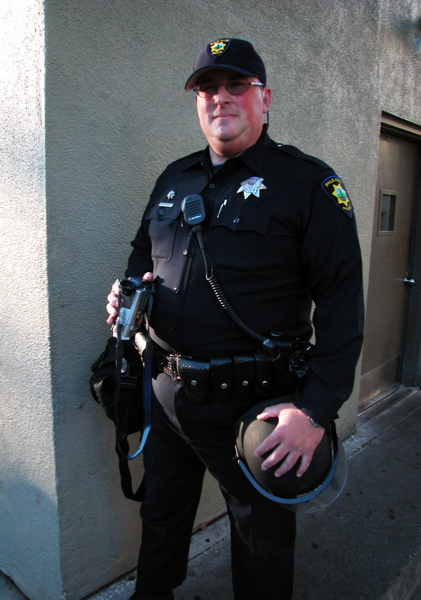 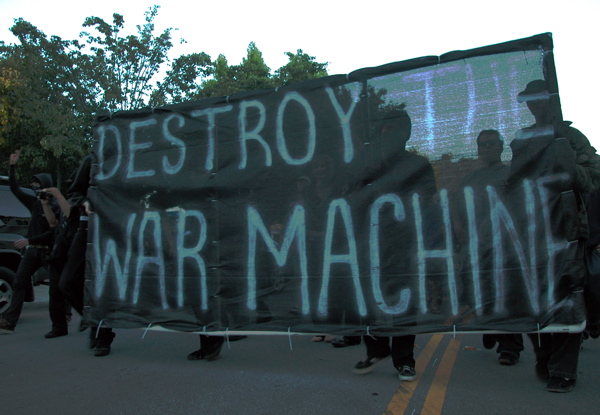 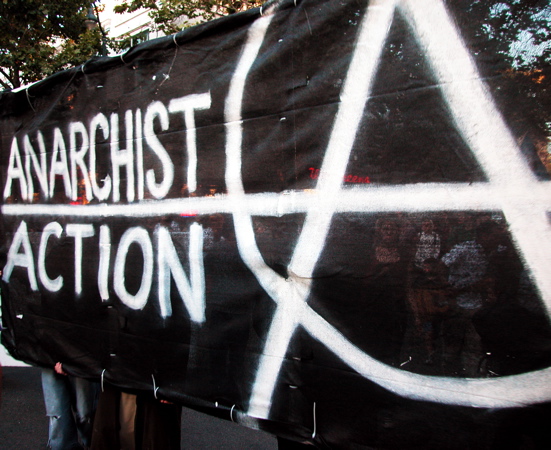 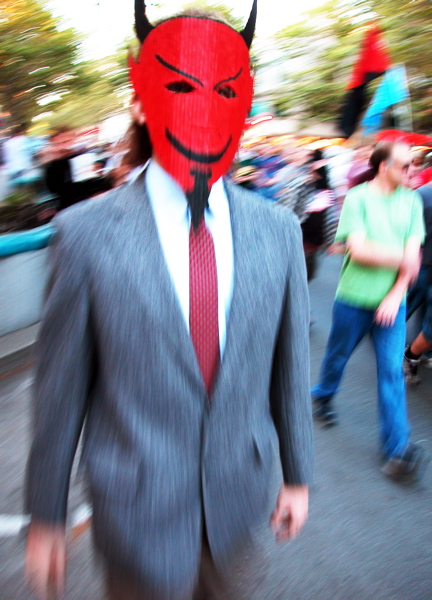 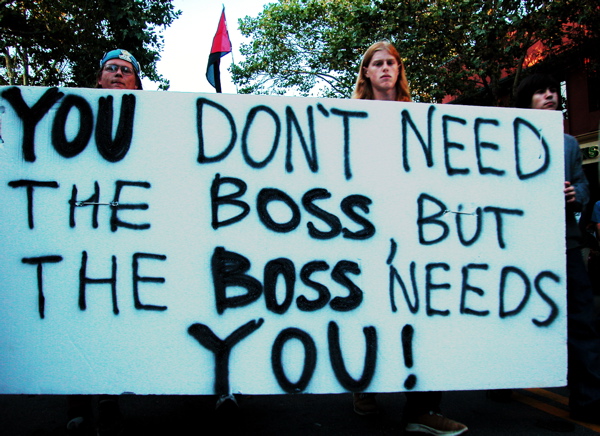 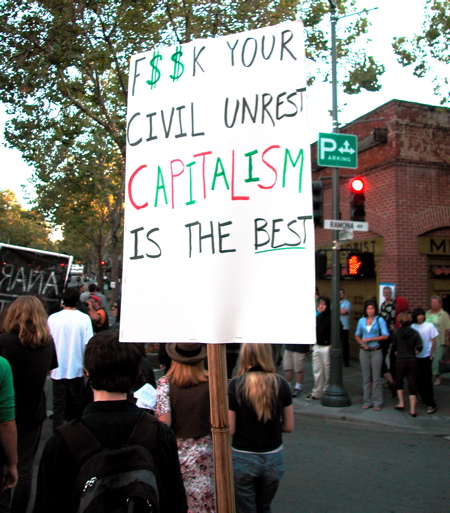 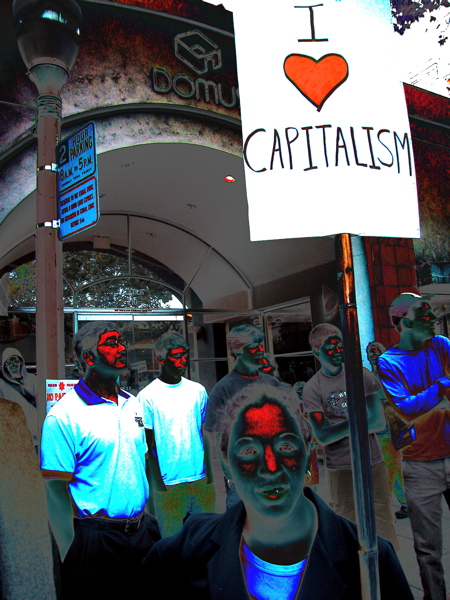 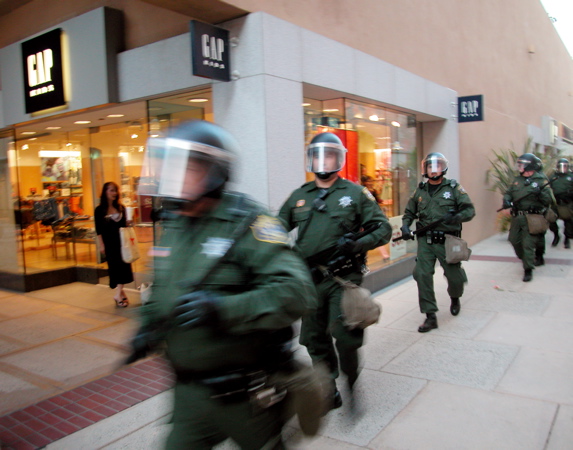 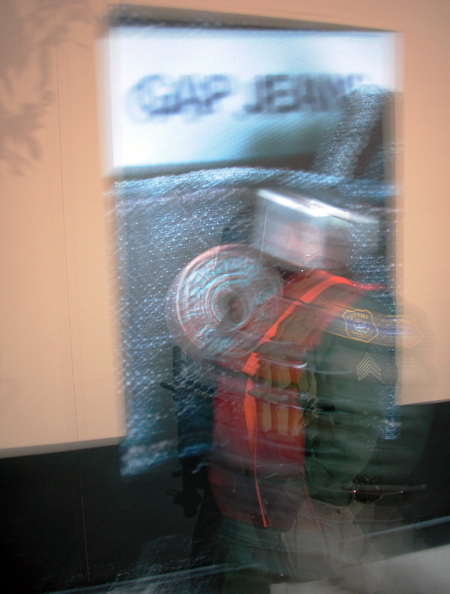 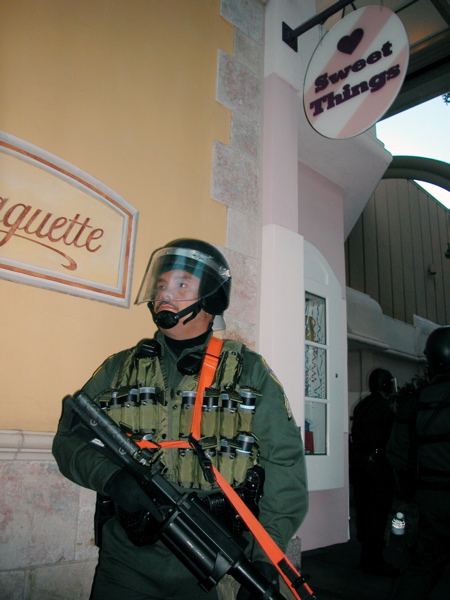 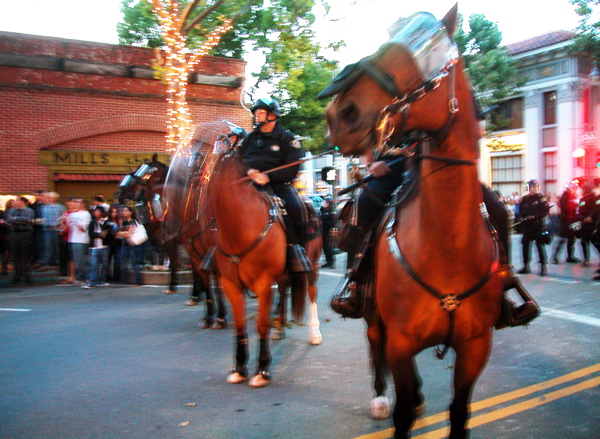 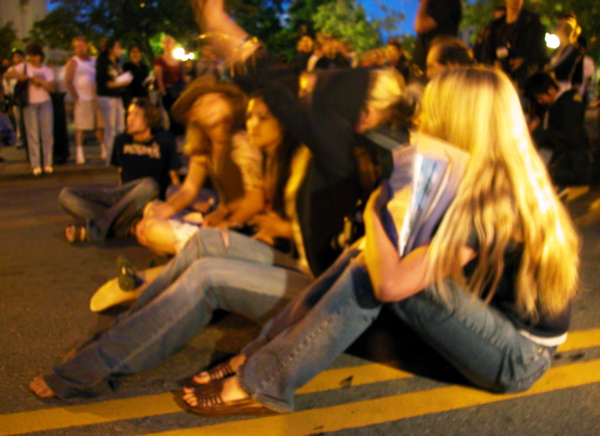 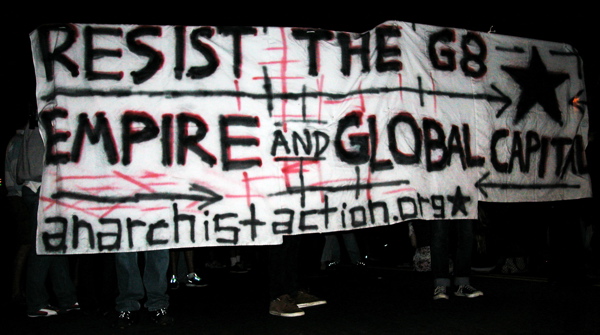 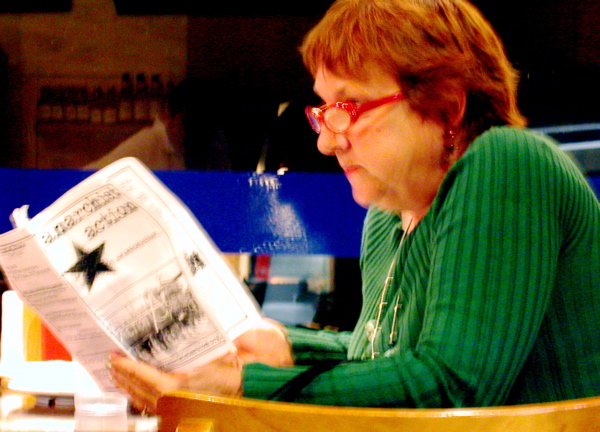