Add an Event
Newswire
Calendar
Features
Home
Donate
From the Open-Publishing Calendar
From the Open-Publishing Newswire
Indybay Feature
Publish to Newswire
Add an Event
Related Categories: East Bay | Anti-War | Education & Student Activism | LGBTI / Queer
Pictures From Anti-Recruitment Protest At UCB Career Fair
by Z
Thursday Apr 21st, 2005 3:40 PM
Around one hundred protesters gathered on the UC Berkeley campus to protest US military recruitment at the UCB career fair. The ASUC (which manages the student union where the career fair took place) had voted to not allow military recuitment due to the military's bigotted policies towards gays and lesbians, but the university invited the military to the fair anyways investing in a large police presence and screening of all students trying to attend the career fair. Many anti-war activists went in to the career fair and lined up at the military recruiter's table to take up their time and prevent them from talking to any potential recruits. 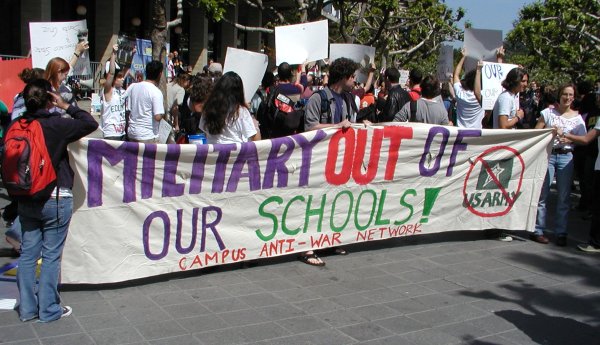 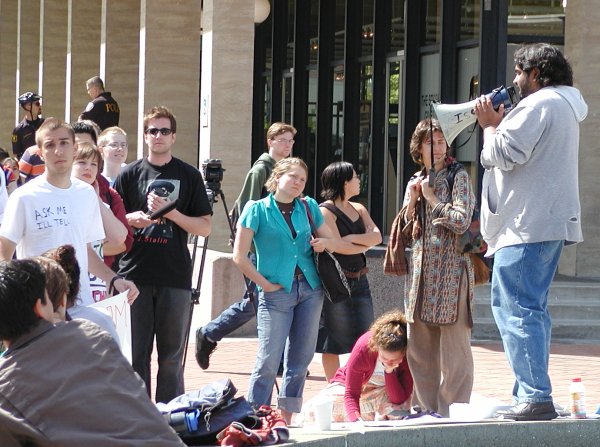 The man in the Stalin t-shirt was a right-wing filmmaker who supported the war and was making a film about anti-war protests (not sure if he was a fan of nationalism and Stalin's wars or was just wearing the shirt as a joke)
§Anti-War Activist Being Interviewed By The Media
by Z Thursday Apr 21st, 2005 3:40 PM 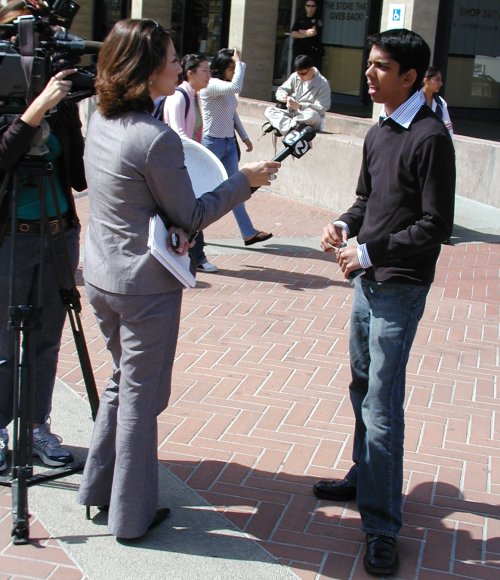 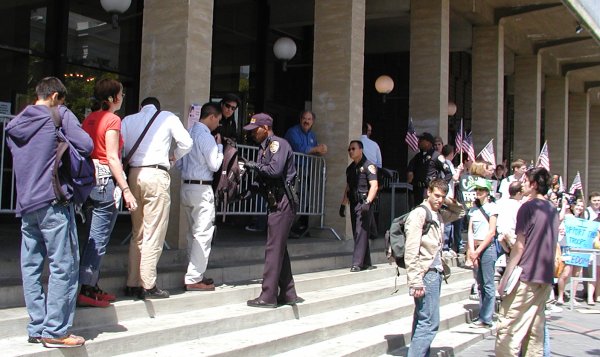 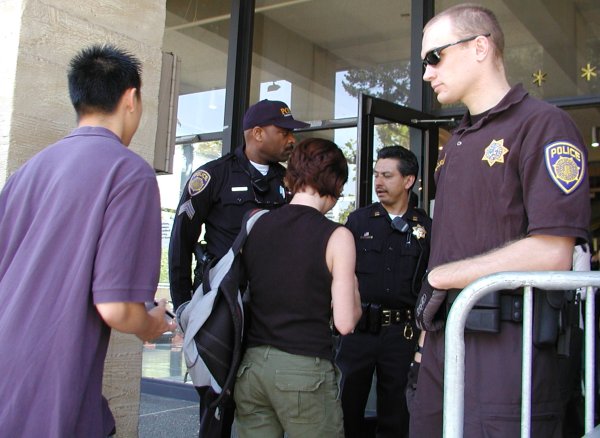 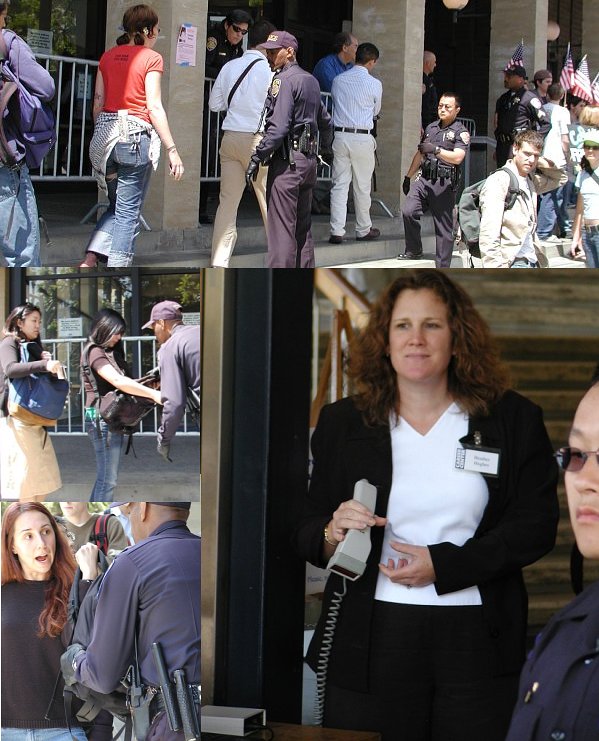 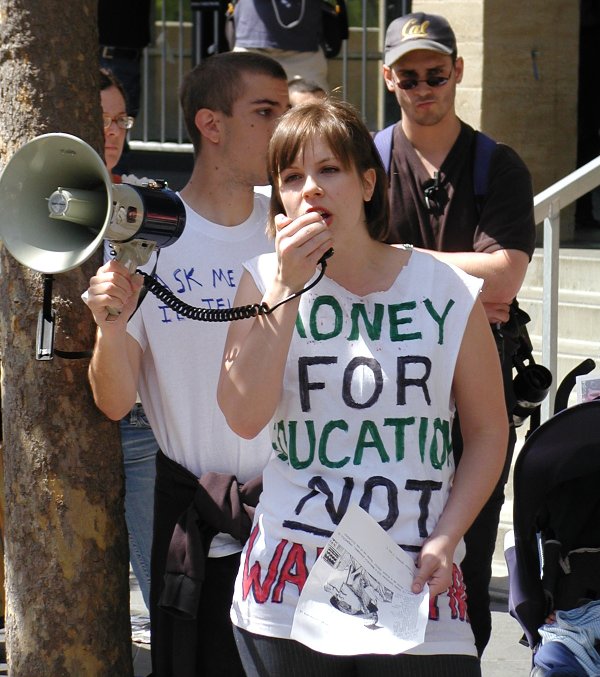 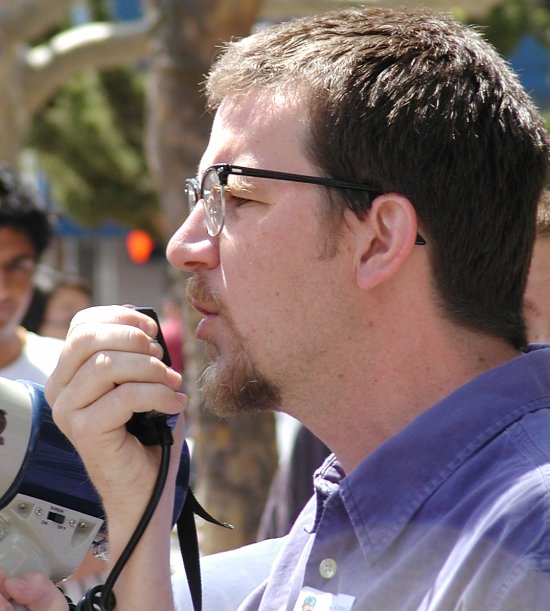 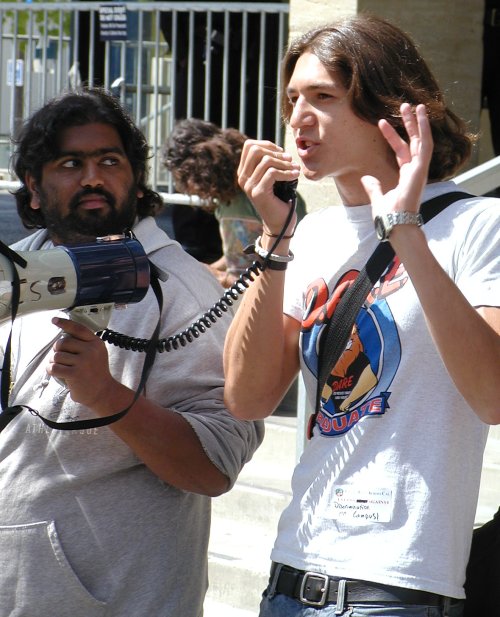 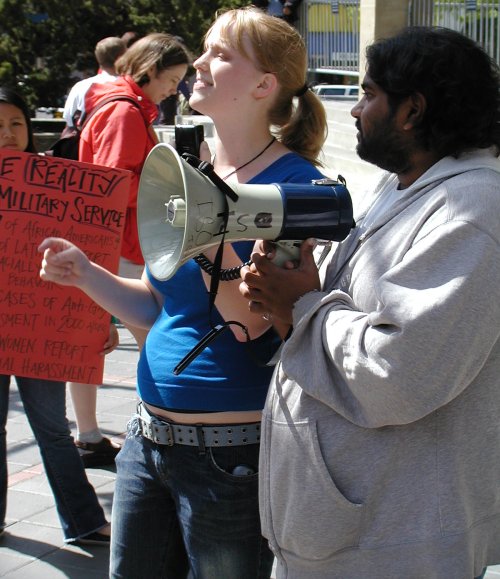 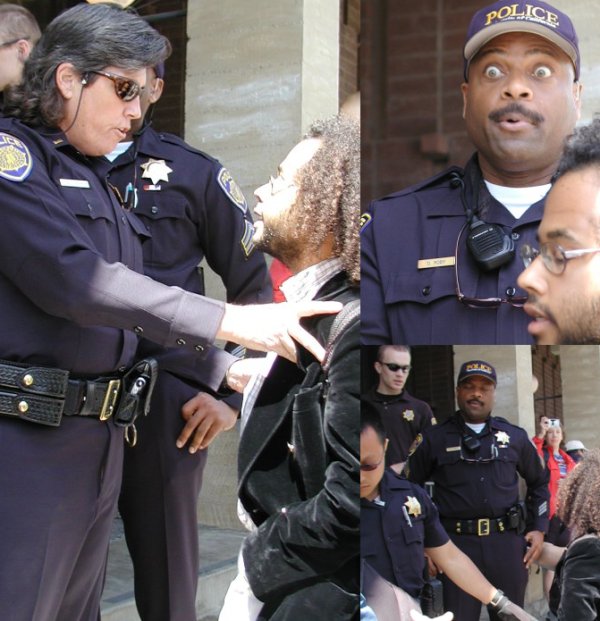 The officer at the top right of this set of photos (D. Roby) pushed this activists out from the building and then repeatedly pushed him down the steps of the Student Union as he walked back up. Earlier in the week he was at UC Santa Cruz and hit several peopel with his batton and tried to prevent reporters from taking pictures when the University tried to shut down the tent city (see the photo at the bottom of http://santacruz.indymedia.org/newswire/display/17455/index.php )
§Anti-War Protester
by Z Thursday Apr 21st, 2005 3:40 PM 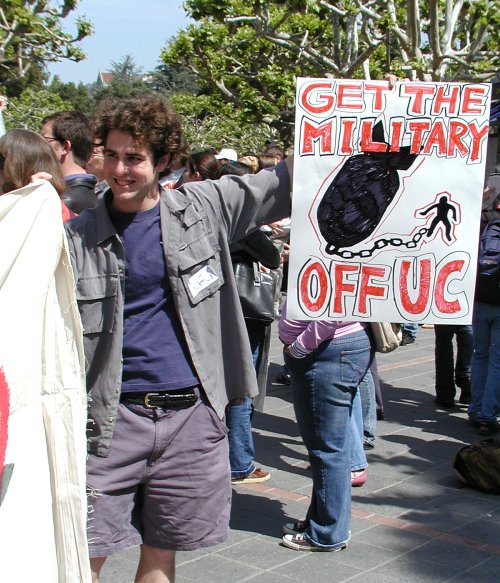 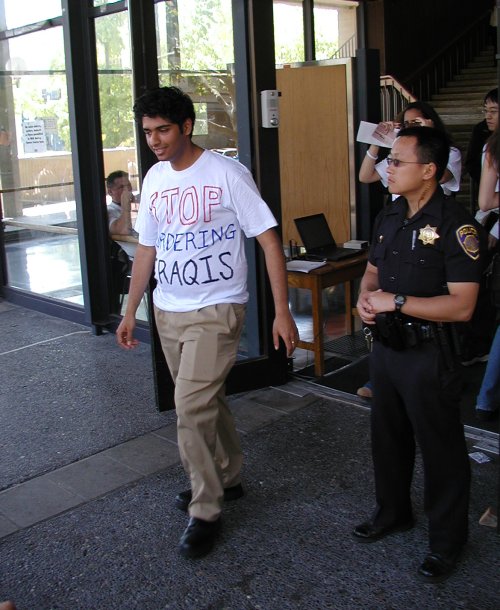 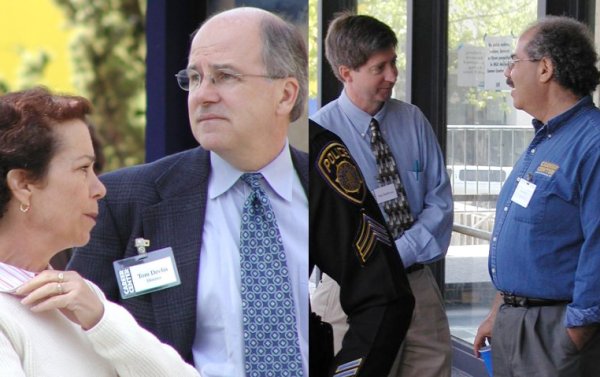 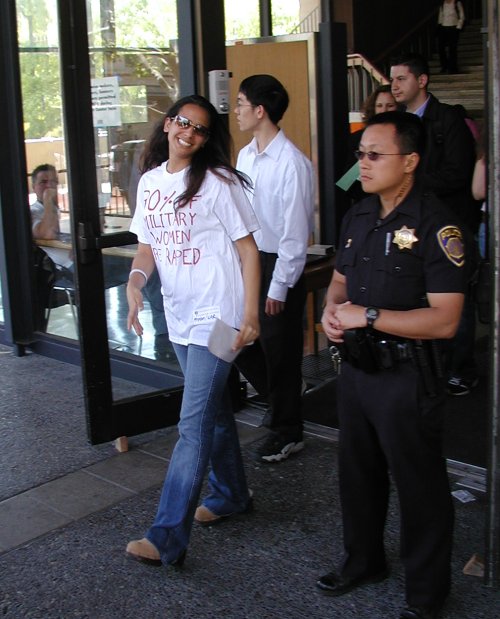