Add an Event
Newswire
Calendar
Features
Home
Donate
From the Open-Publishing Calendar
From the Open-Publishing Newswire
Indybay Feature
Publish to Newswire
Add an Event
Related Categories: Police State & Prisons
Who's on trial - rogue rookies or whistle-blowing veterans?
by (repost from 4/6/2005 SF Bayview)
Friday Apr 8th, 2005 10:49 PM
Two Palo Alto CA police are charged with brutally beating a man without cause. Their trial has revealed an apparent division within the ranks of the police department, between 'whistle-blowers' and enforcers of the police 'Code of Silence'. 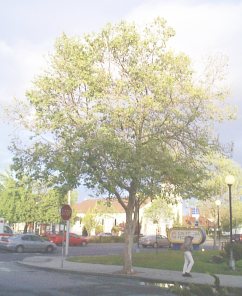 Asian-American Palo Alto police rookies Michael Kan and Craig Lee claim that 60-year-old African-American Albert Hopkins, sitting in a car parked under a tree at night, in a high-crime area – College Terrace, adjacent to Stanford University – was “suspicious.” Furthermore, their suspicions were magnified by a vague and incomplete report from an anonymous “Caucasian” woman who said she was frightened when she saw him, plus a call from an anonymous couple who thought they saw someone “hiding behind the steering wheel ... possibly sleeping or doing drugs.”

But, they said, when Mr. Hopkins forcefully refused to consent to questioning, their suspicion that he was connected with criminal activity in some way was confirmed, and so he was detained. They claim that he then did not identify himself nor comply with their commands, and so they were forced to blind him with pepper spray and beat him with batons.

Superficially, Kan and Lee’s claim may seem simply ridiculous. But this week in their trial, where they face charges of felony assault and misdemeanor battery for that incident, their claim was exposed as profoundly and tragically ridiculous – and it has revealed an apparent division within the ranks of PAPD.

Testimony was from senior officers who first arrived on the scene after the beating – and discovered that Craig and Lee had no cause to detain Mr. Hopkins. Rebecca Phillips, Lee’s Euro-American supervisor with over 15 years experience, refuted Kan and Lee’s claims when she asserted that College Terrace is not a high-crime area. Furthermore, she said, when suspicious activity is reported, police must first get more details to determine if activity is criminal and possibly identify the reporter, because “a crime needs a victim.”

She pointed out that when a person doesn’t consent to a police contact, police must “back off and not talk,” although they still can investigate by observation. When Phillips arrived on the scene, she wanted to know what crime Lee was arresting Mr. Hopkins for that then led to use of force. When Lee said it was for Mr. Hopkins failing to identify himself, Phillips said she was “concerned” because an arrest on an illegal detention “would be illegal.” In two interviews, Lee could not tell Phillips the probable cause for arrest.

The prosecution has suggested – but is not required to prove – that Kan and Lee acted out of incompetence. Moreover, the prosecution suggests Kan, who had been ordered to get more training in using force to control situations, was looking to prove himself through excessive force after a negligent search had allowed someone to bring a gun into the station the day before the beating.

Phillips testified that some time after the beating, she greeted Kan in the station and he replied: “I took control out there.” She didn’t know how to take his comment.

Phillips seemed extremely nervous and uncomfortable in exposing the misconduct of fellow police. Outside the courtroom, Aram James, now retired after 25 years as a public defender for Santa Clara County, offered his views. He noted the intimidating presence of other PAPD officers in the gallery – only during the testimony of the whistle-blowers – as if to ask, “Whose side are you on?”

James pointed out that the whistle-blowers seemed to want to be somewhat on both sides: “Typically, when prosecution calls police witnesses, they provide no favorable testimony for the defense. But in this case, the defense is frequently getting as much mileage as prosecution.

Maloney described College Terrace as “a low-crime area” and pointed out the obvious: There are “a lot of trees in Palo Alto.” Maloney arrived to the beating scene and briefly interviewed Lee, since Lee started the encounter with Mr. Hopkins.

Maloney gave his reaction to Lee’s story: “I was concerned because we had a man handcuffed and apparently arrested and force had been used ... (yet) I had not heard a predicate offense (the initial violation leading to arrest).”

When Dennis Tealer, Kan’s African-American supervisor with 17 years experience, interviewed Lee, Lee demonstrated that he was not physically threatened by Mr. Hopkins’ attempt to get out of his car, as Lee now maintains.

Duane Tannick, a Euro-American PAPD officer with over 16 years experience, recalled contacting Mr. Hopkins on three separate occasions before the night of the beating, with familiarity leading to an ease at the third contact that allowed Tannick to simply say why he was there and leave “in a minute or less.”

Finally, just when I was in danger of sensing a logic to the bizarre rituals of the court, the gods of Absurdity overruled and everyone began re-enacting their roles in the preliminary hearing for some obscure legal reason. So, instead of police testi-lying as if reading a script, we witnessed Kan and Lee testi-lying as they ACTUALLY read a script: the transcript of the proceedings of the preliminary hearing!

The performance was so atrocious that the judge put all on warning not to quit their day jobs, saying: “Just read the transcript; you don’t have to act it out!” Nonetheless, it revealed Lee’s great focus:

Defense: How were you able to determine he was giving you a hard stare without determining his race at that point?
Lee: I was more focused on his eyes and how he was staring me down.

And Lee’s failure to fail:

And Lee’s logic. Reason for detention? No ID during a detention:

Lee: I had a lawful detention in that Mr. Hopkins was not complying with my request to rightfully identify himself during a detention.

http://www.sfbayview.com/040605/ontrial040...
Add Your Comments
Support Independent Media
We are 100% volunteer and depend on your participation to sustain our efforts!