by Bill Carpenter (wcarpent [at] ccsf.edu)
On Thursday, March 31, more than one thousand workers, union leaders and community activists held a mass demonstration in front of Charles Schwab's San Francisco headquarters to challenge Charles Schwab to withdraw support for privatizing Social Security and the pensions of California workers.

Activists made a human chain stretching several city blocks as part of the biggest single-day grassroots mobilization to defeat President Bush's and Gov. Schwarzenegger's plans to create private accounts that would give a windfall to financial firms. Social Security's privatization would cause guaranteed benefits to be cut by nearly half and increase the federal debt by $5 trillion. Gov. Schwarzenegger is supporting an initiative in California for the November ballot that would eliminate secure pensions for millions of Californians and end death and disability benefits for the survivors of police and firefighters. It is a clear conflict of interest for firms that manage retirement accounts to promote privatization. The San Francisco demonstration coincided with similar demonstrations in seventy-five cities across the country.
END_OF_DOCUMENT_TOKEN_TO_BE_REPLACED
§Social Security rally
by Bill Carpenter (wcarpent [at] ccsf.edu) 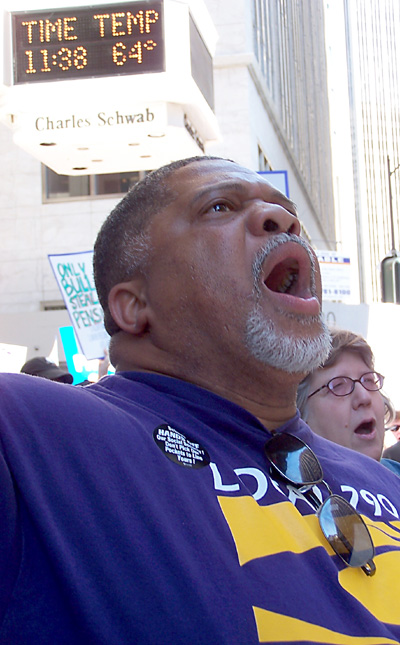 Charles Schwab is a major backer of the push to privatize Social Security. Privatization opens the Social Security system and pension investments to corruption and Enron-ization because politicians will decide which Wall Street firms will make billions in fees off workers' private accounts. For more information about the national campaign targeting Charles Schwab and other Wall Street firms: http://www.wallstreetgreed.org or http://www.aflcio.org.
END_OF_DOCUMENT_TOKEN_TO_BE_REPLACED
§Social Security rally
by Bill Carpenter (wcarpent [at] ccsf.edu) 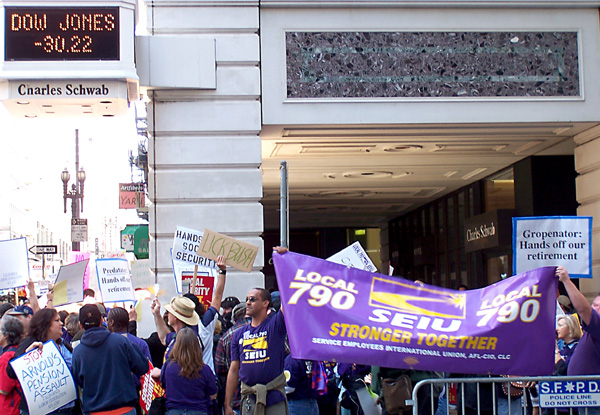 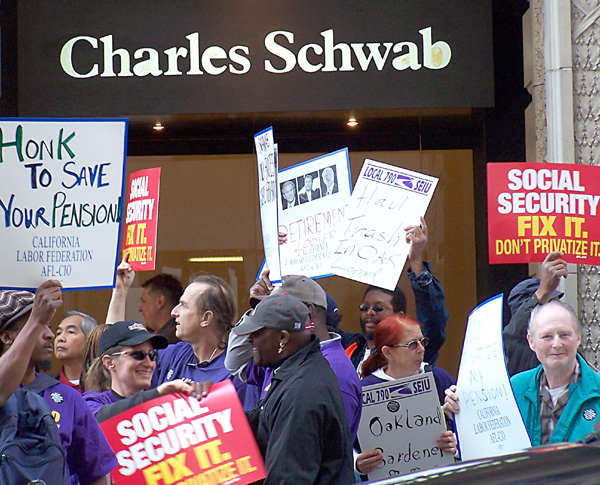 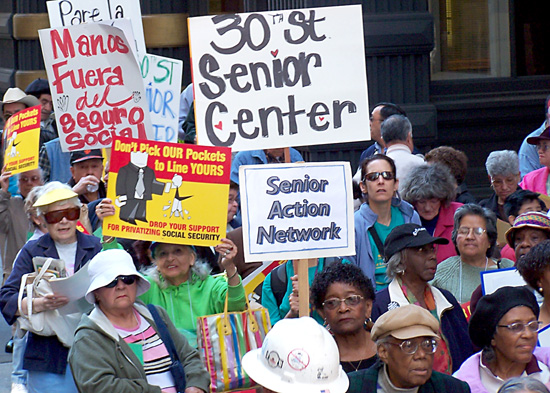 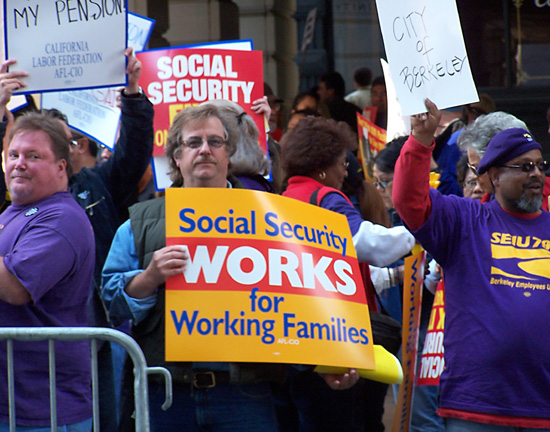 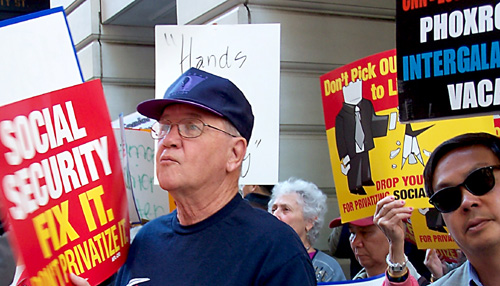 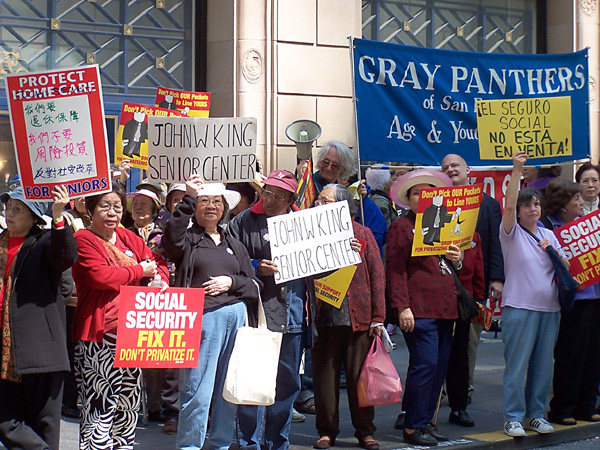 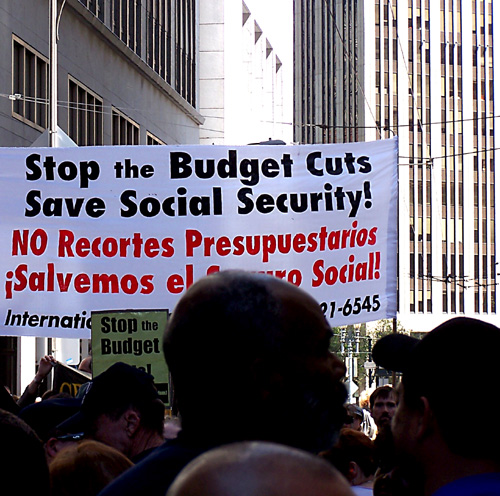 END_OF_DOCUMENT_TOKEN_TO_BE_REPLACED
Add Your Comments
Latest Comments
Listed below are the latest comments about this post.
These comments are submitted anonymously by website visitors.
TITLE
AUTHOR
DATE
think
.
Sorry reality check
Getting older by the minute
re:goodie for them
reality check
Goodie for them
Almost old guy
Wow, How WONDERFUL!!
Mrs. Kelly Jacobs
Support Independent Media
We are 100% volunteer and depend on your participation to sustain our efforts!