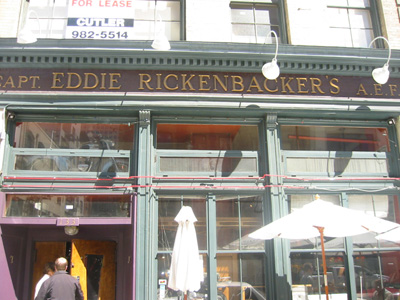 Those who heard Ward Churchill's speeches last week will know of a San Francisco bar that displays various memorabilia including photos, Custer's guns, and teeth taken from a Native woman referred to as Custer's "Live-In Squaw."

Read the pictured note, which explains that one of the woman's teeth was knocked out by Custer in a "jealous pique."

The bar's owner, when questioned about why he has a Native woman's teeth on display, replied that concern for cultural sensitivity was "not living in reality."

The fact that Rickenbacker's has been voted one of the city's best bars illustrates that the "Little Eichman" mentality pointed out by Churchill after 9/11 remains prevalent, even in a "liberal" city such as SF.

Unfortunately, the existence of this display presents us with an opportunity to demonstrate real solidarity with Native Americans, and to point out the connections between the occupation of native lands in America and occupations taking place throughout the world today. 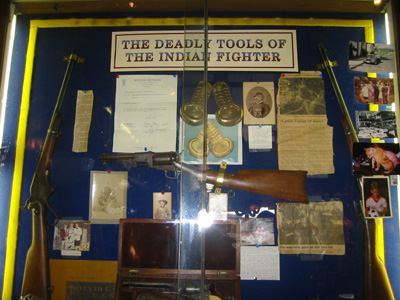 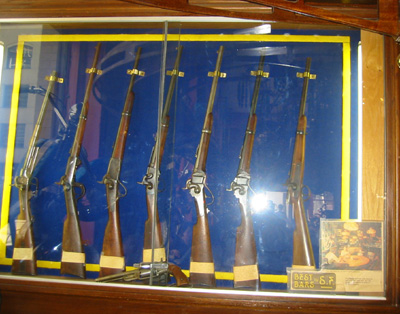 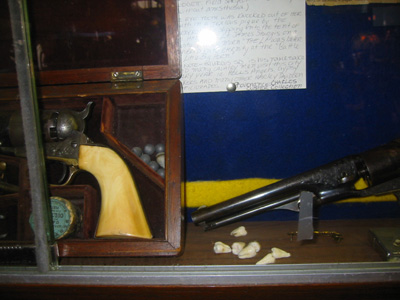 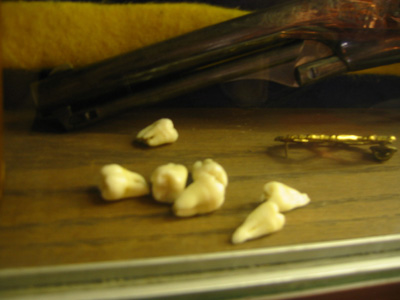 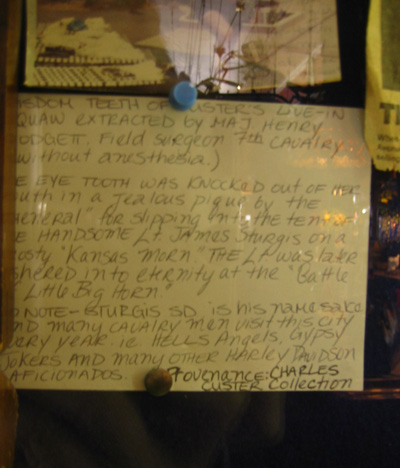 §Another View of Note
by Native Soliidarity Activists 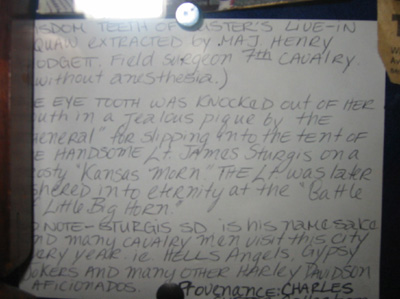 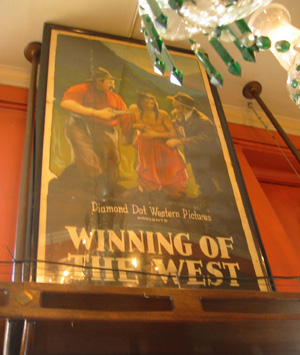 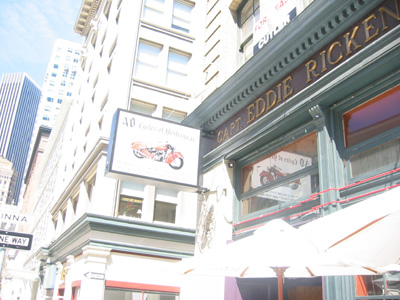 (Note: At one speech Churchill suggested the bar might be called "40 Indians"; some of the 40 motorcycles displayed are the "Indian" brand)
§Best Bar?
by Native Soliidarity Activists 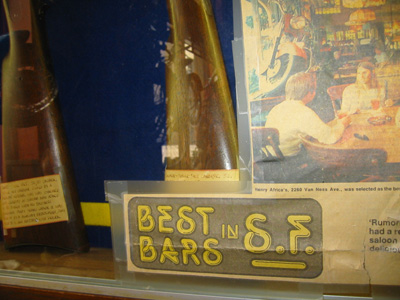 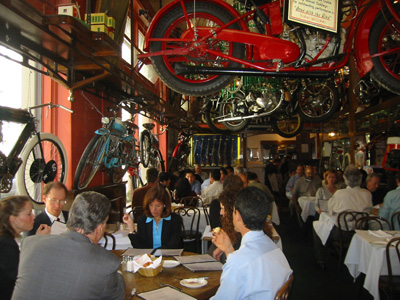 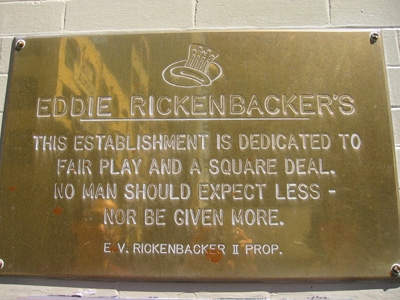 Add Your Comments
Latest Comments
Listed below are the latest comments about this post.
These comments are submitted anonymously by website visitors.
TITLE
AUTHOR
DATE
talented
soulger
Facts is facts
to J-boy
karma is a bitch!
J-Boy
rickenbacker
bramhesh
the owner is now lying
solidarity activist
How?
deanosor
the story takes a turn, but not a complete turn
investigator
learn to read
hey kenton
Kenton
Kenton
"Now let's see what kind of excuses gehrig and Sefarad come up with."
still waiting
Support Independent Media
We are 100% volunteer and depend on your participation to sustain our efforts!