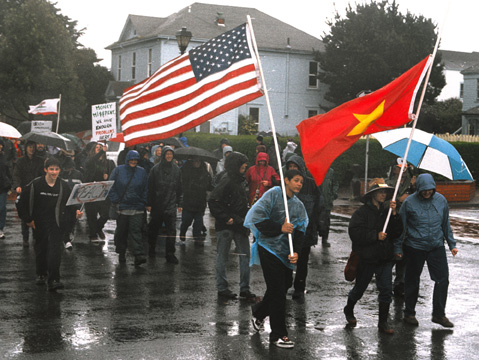 The event was sponsered by Communities for peace, a coalition consisting of such groups as Veterans for peace, Women's International League for Peace and Freedom and the Social Action Committee of the Humboldt Unitarian Universalist Fellowship to name only a few.
Due to the heavy rain the speeches were cut short and the march proceeded through downtown Eureka and returned to Halverson Park on the shore of Humboldt Bay. Despite the weather 2500+ people attended the march and rally.
§Halverson Park
by Charles Slay (slaycslay [at] aol.com) Tuesday Mar 22nd, 2005 9:12 PM 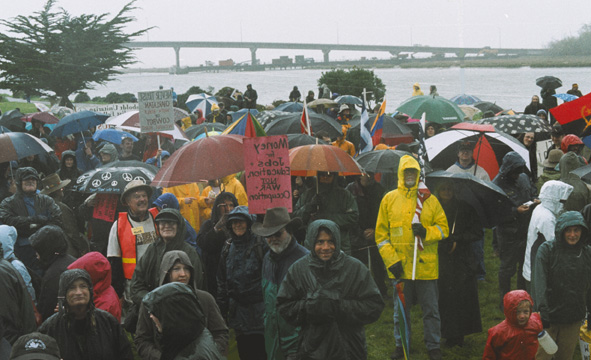 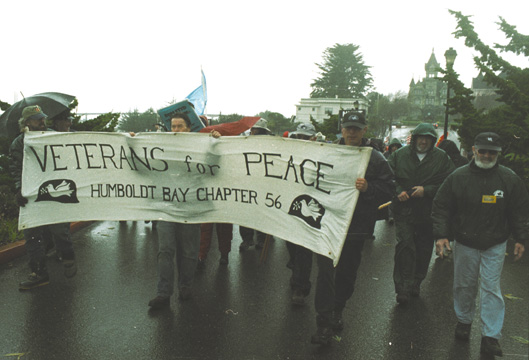 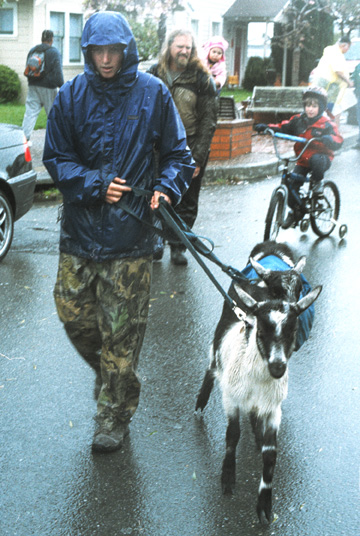 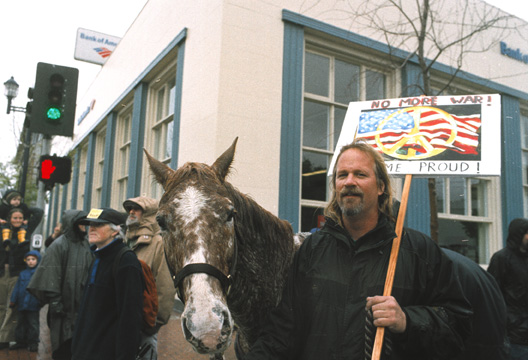 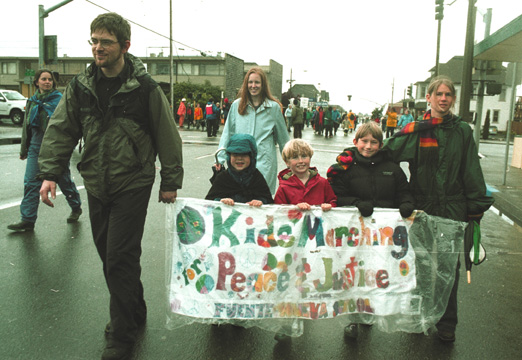 Many people made their own signs, such as, Hiero, Justice and Simon ( left to right)
§Street corner
by Charles Slay (slaycslay [at] aol.com) Tuesday Mar 22nd, 2005 9:12 PM 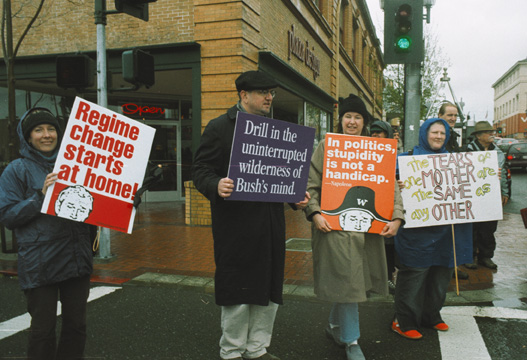 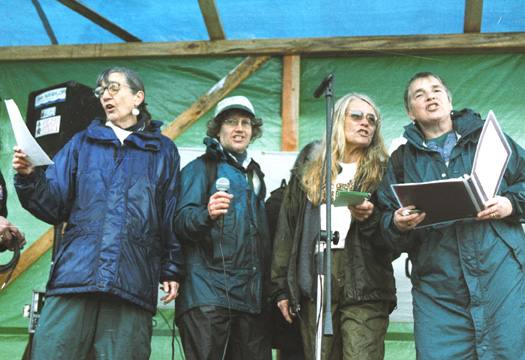 The Raging Grannies performed back at the park
§Let it rain
by Charles Slay (slaycslay [at] aol.com) Tuesday Mar 22nd, 2005 9:12 PM 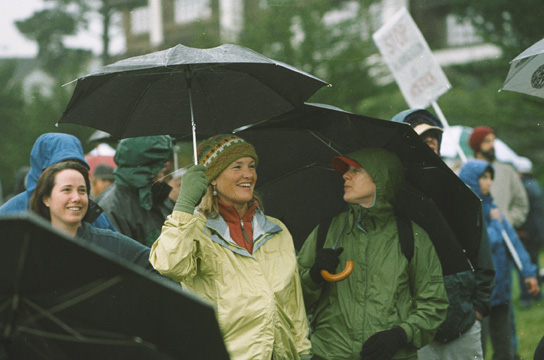 People just let it rain.
Add Your Comments
Support Independent Media
We are 100% volunteer and depend on your participation to sustain our efforts!