Newswire
Calendar
Features
Home
Donate
From the Open-Publishing Calendar
From the Open-Publishing Newswire
Indybay Feature
Publish to Newswire
Add an Event
Related Categories: California | Santa Cruz Indymedia | Animal Liberation
Kick the Colonel out of Santa Cruz
by ~Bradley (bradley [at] riseup.net)
Saturday Feb 12th, 2005 8:12 PM
On February 12, animal rights activists protested at the KFC on Mission St. (Hwy 1) in Santa Cruz to call attention to the horrendous practices of KFC chicken suppliers. About 25 people and two chickens marched from the health food store on Laurel and Mission to the KFC a half mile down the road. 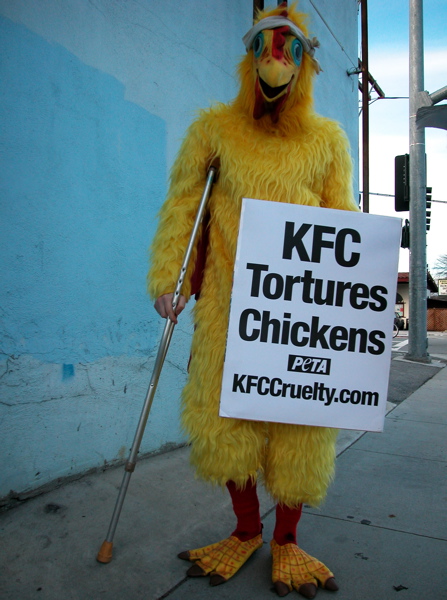 Yuck! has the power and resources to change their practices, but they would rather spend the money on Public Relations crap.
http://www.yum.com

"Yum! Brands, Inc. is the world’s largest restaurant company with more than 33,000 restaurants in over 100 countries and territories and more than 840,000 employees worldwide. Four of our restaurant brands -- KFC, Long John Silver's, Pizza Hut and Taco Bell -- are the global leaders of the chicken, quick-service seafood, pizza and Mexican-style food categories respectively."

More Information About the CIW
http://www.ciw-online.org/about.html

The CIW is a community-based worker organization. Our members are largely Latino, Haitian, and Mayan Indian immigrants working in low-wage jobs throughout the state of Florida.

We strive to build our strength as a community on a basis of reflection and analysis, constant attention to coalition building across ethnic divisions, and an ongoing investment in leadership development to help our members continually develop their skills in community education and organization.

From this basis we fight for, among other things: a fair wage for the work we do, more respect on the part of our bosses and the industries where we work, better and cheaper housing, stronger laws and stronger enforcement against those who would violate workers' rights, the right to organize on our jobs without fear of retaliation, and an end to indentured servitude in the fields.

In 2001, we turned a new page in our organizing, launching the first-ever farmworker boycott of a major fast-food company -- the national boycott of Taco Bell -- calling on the fast-food giant to take responsibility for human rights abuses in the fields where its produce is grown and picked. Taco Bell is owned by Yum Brands, the world's largest restaurant company (bigger than McDonald's), which pools the buying power of its five major chain brands (Pizza Hut, KFC, Taco Bell, Long John Silver, and A&W Restaurants) to demand the lowest possible prices from their suppliers, exerting a powerful downward pressure on wages and working conditions in their suppliers' operations.

The Taco Bell boycott has gained tremendous student, religious, labor, and community support in the nearly two years since its inception, including the establishment of boycott committees in nearly all 50 states and a fast-growing movement to "Boot the Bell" from college and high school campuses across the country. In 2003 we organized a 10-day hunger strike outside of Taco Bell headquarters in Irvine, CA -- one of the largest hunger strikes in US labor history, with over 75 farmworkers and students fasting during the 10-day period -- galvanizing the support of national religious, labor, and student organizations and thousands of individuals. During that strike we posed Taco Bell’s executives one question: “Can Taco Bell guarantee its customers that the tomatoes in its tacos were not picked by forced labor?” They had no answer. In 2004 we organized a cross-country tour featuring marches and actions in Louisville, KY, and Irvine, CA, lifting the campaign to new heights.

Over the past several years, through campaigns like the boycott and our anti-slavery work, Immokalee has evolved from being one of the poorest, most politically powerless communities in the country to become today a new and important public presence with forceful, committed leadership directly from the base of our community -- young, immigrant workers forging a future of livable wages and modern labor relations in Florida's fields. In recognition of their work, three CIW members were recently presented the 2003 Robert F. Kennedy Human Rights Award , the first time the award has gone to a US-based organization in its 20 years of existence.
§Protesting at the KFC on Mission St. (Hwy 1) in Santa Cruz
by ~Bradley (bradley [at] riseup.net) Saturday Feb 12th, 2005 8:12 PM 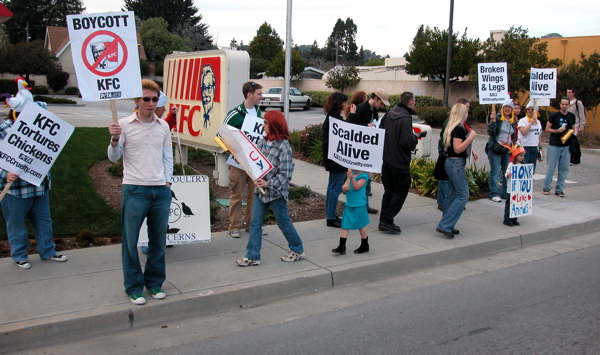 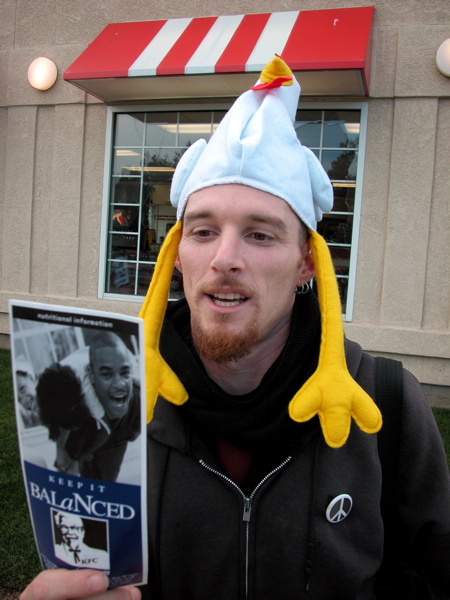 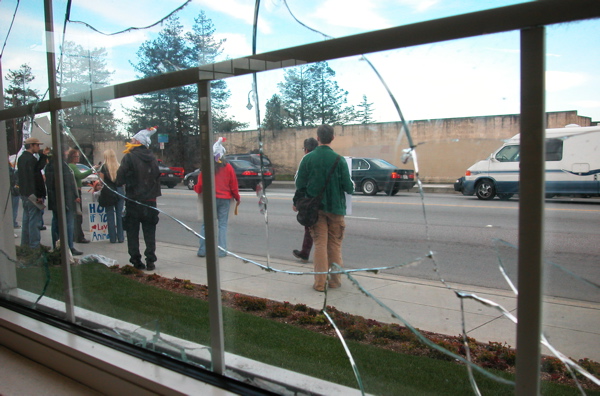 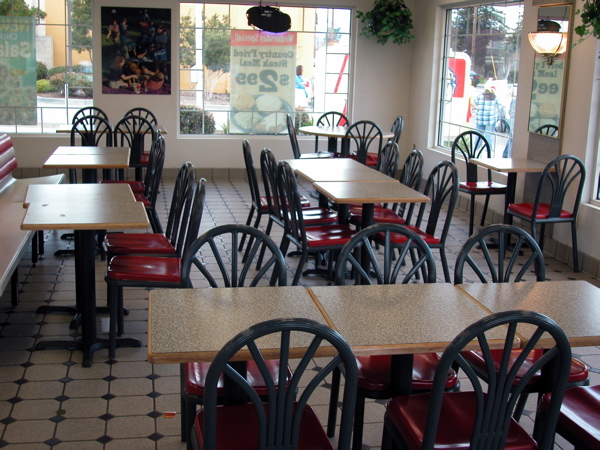 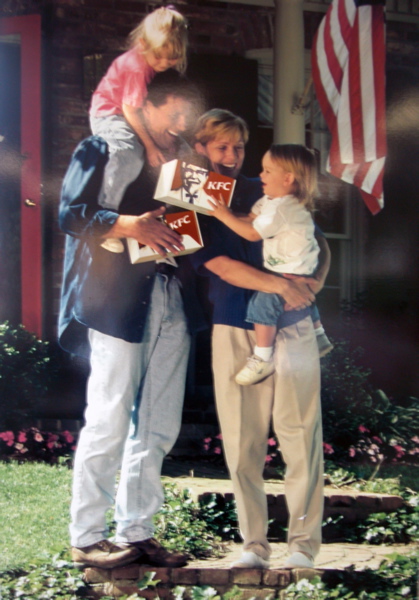 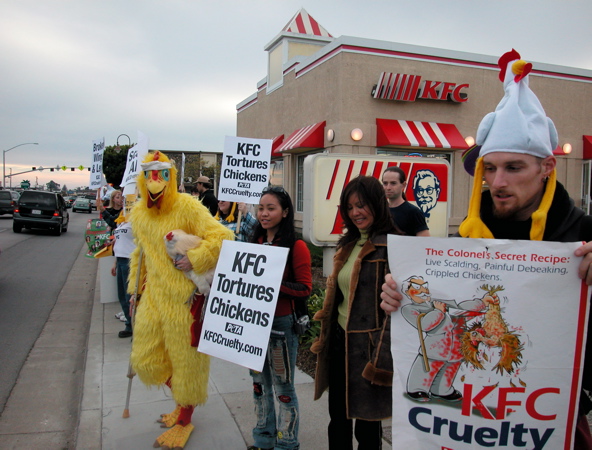 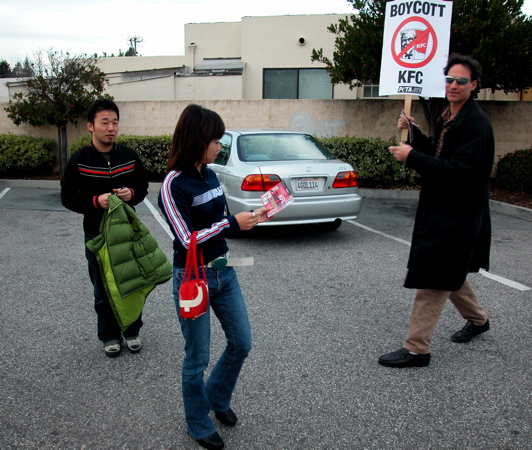 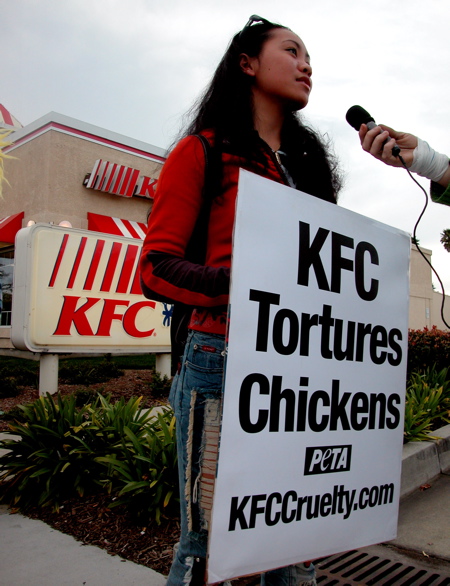 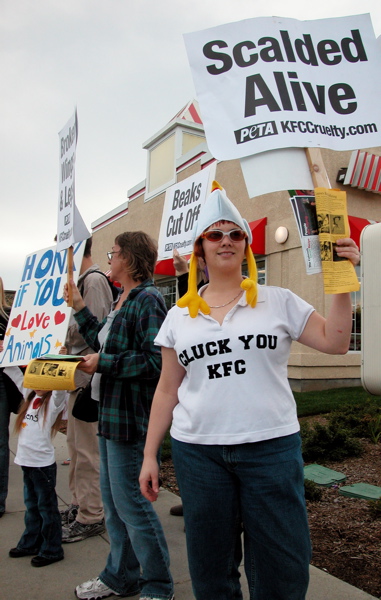 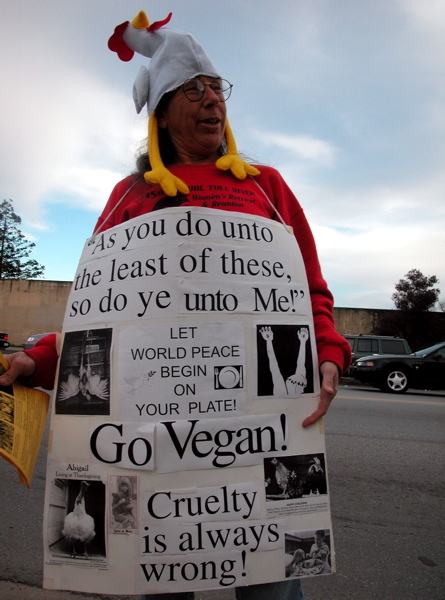 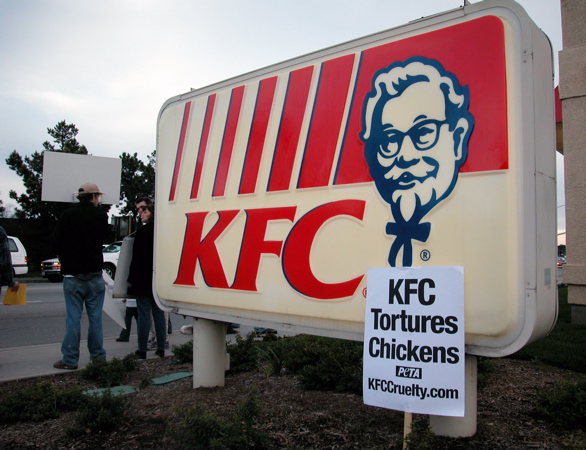 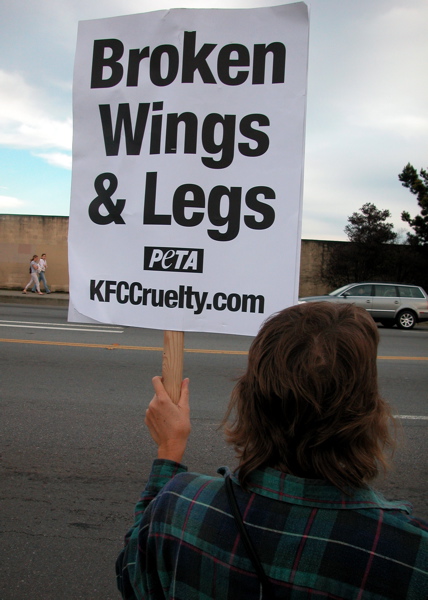 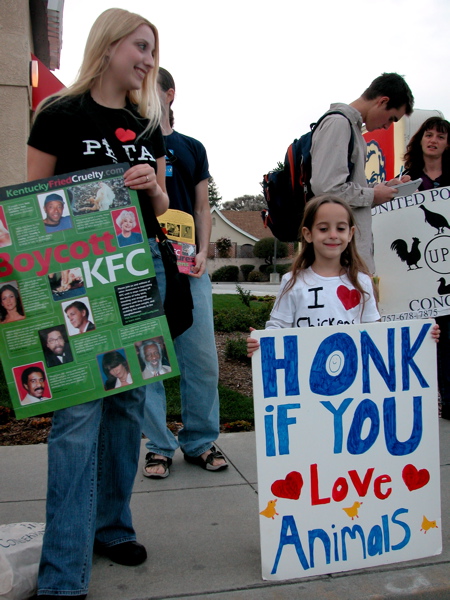 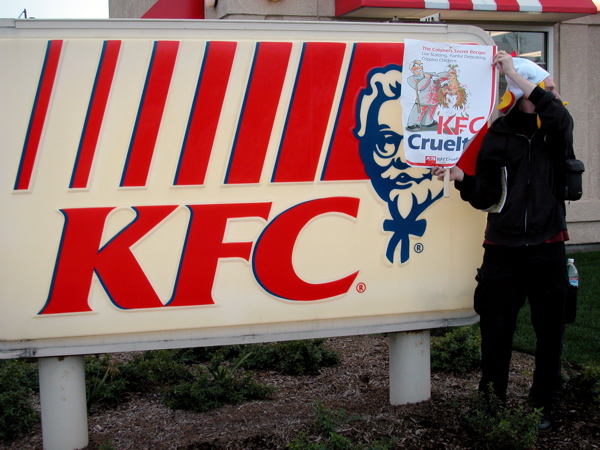 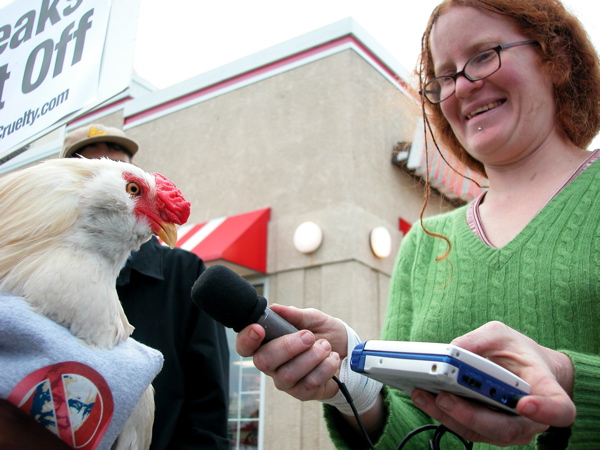 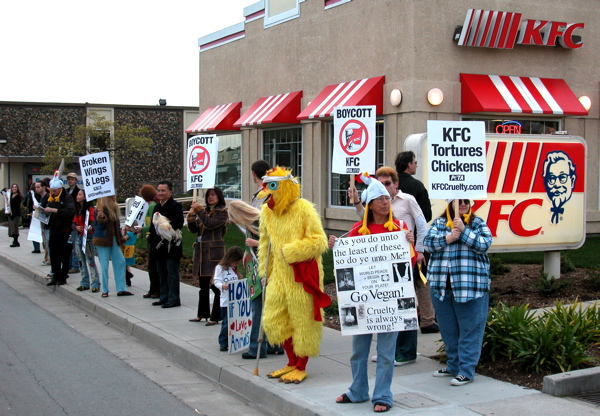 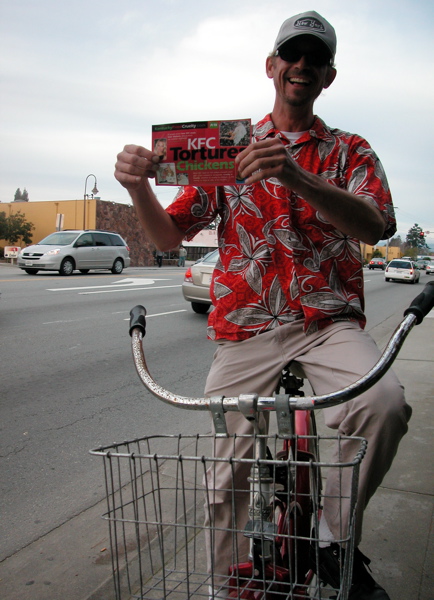