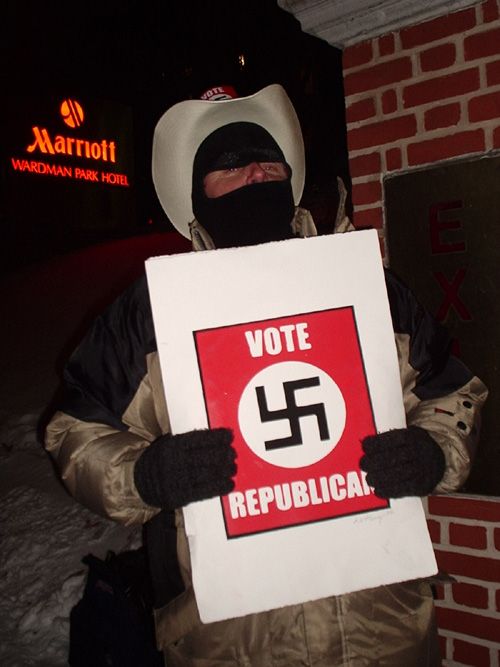 While the main focus of activists gathered in the streets of Washington D.C. was set on Bush Administration Policies, their neo-con supporters were given no quarter as they attended galas and events dressed in tuxes and fur coats. In the metro system, on the streets and outside events, direct confrontation was a theme for the days of action surrounding the inauguration.

In addition to joining with other activists in the streets, R.a.N.C.o.r joined forces with local homelessness and poverty advocates in Mayday DC to perform a banner drop and Food Not Bombs-style desert feeding action outside a candlelight dinner held the day prior to the inaugural parade. Attendees of the event shirked away from activists as they spoke out about the sweeps aimed towards the street community as part of inaugural security preparations and the fact that one ticket to the gala would feed 1000 people ignored by cuts to services due to Bush Administration Policies.

Whether organized marches like that surrounding the infamous 'Black Tie and Boots Gala' or independent actions taken by those assembled to disrupt what was designed to be a flawless spectacle of U.S. Imperialism, dissent flowed through the streets of the nation's capital even while surrounded by a military state.
§(Un)Happy Neo-Cons
by Dallas B & N. DeGraff Saturday Jan 22nd, 2005 8:28 PM 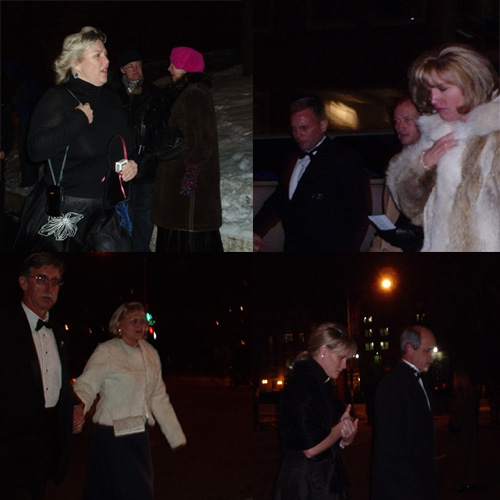 Downtroden Bush supporters try to move past protests. While many spoke in favor of genocide and racism to protesters, they also showed the effect of constant pressure.
§Fascists Enter Gala
by Dallas B & N. DeGraff Saturday Jan 22nd, 2005 8:28 PM 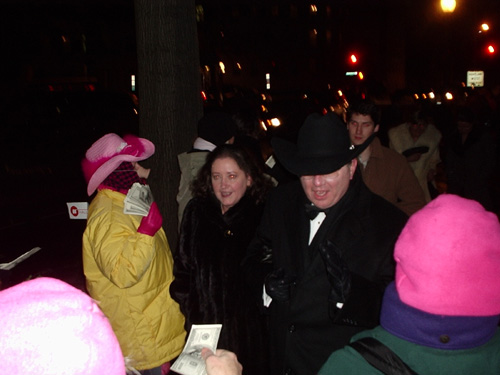 Protesters confront Bush Supporters as they enter one of the many Balls held to celebrate the coronation of King Bush.
§SF Collective
by Dallas B & N. DeGraff Saturday Jan 22nd, 2005 8:28 PM 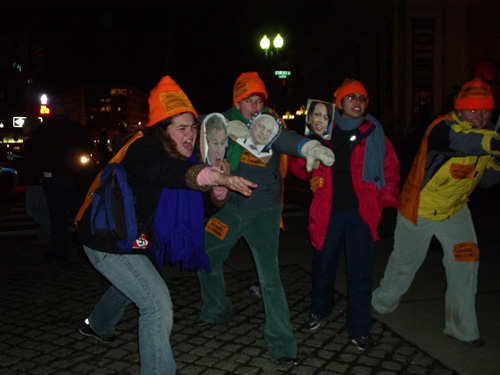 R.a.N.C.o.r. Activists weren't the only California representation. This collective from the SF Bay Area performs high-energy street theater outside Union Station.
Add Your Comments
Support Independent Media
We are 100% volunteer and depend on your participation to sustain our efforts!