by Jeff Paterson (jeff [at] paterson.net)
Thousands of anti-choice activists converged on San Francisco from throughout California for what organizers hope is the first annual west coast "Walk for Life." They were later meet along the march route by thousands defending a women’s right to choose. 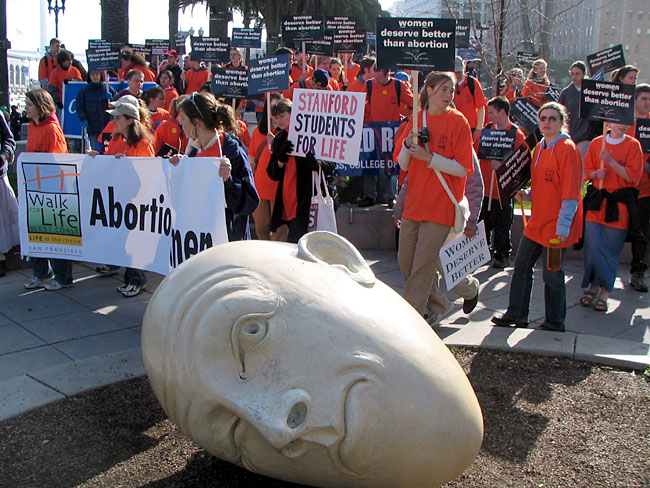 About 7,000 anti-choice marchers converged on San Francisco from throughout California for what organizers hoped was the first annual west coast "Walk for Life." Organizers went to great effort to put forward a unified moderate message, “Women deserve better (than abortion).” Under the second Bush administration, anti-choice organizers are confident of making significant gains for their agenda and are delighted to promote “Feminists for Life” in San Francisco in order to take the focus off of the extremists among them.

Archbishop William Levada opened the rally with a prayer for the unborn that was immediately followed by a very emotional rendition of the Star Spangled Banner. Other speakers covered the “lifelong regret over abortion” stories.

As the march stepped off on to the route lined by thousands of pro-choice proponents, speakers reminded the marches that this is why San Francisco was chosen for the this convergence.
§Security meeting and setup at 9:30am
by Jeff Paterson (jeff [at] paterson.net) 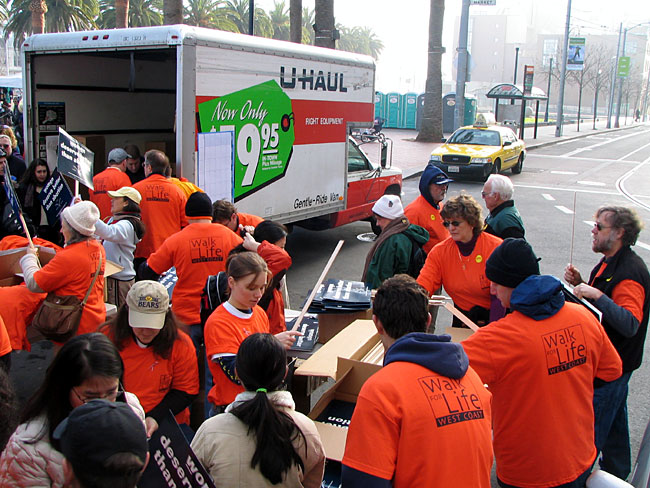 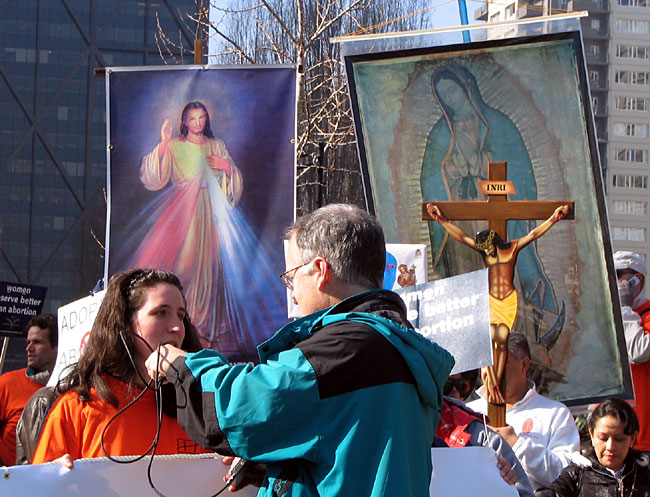 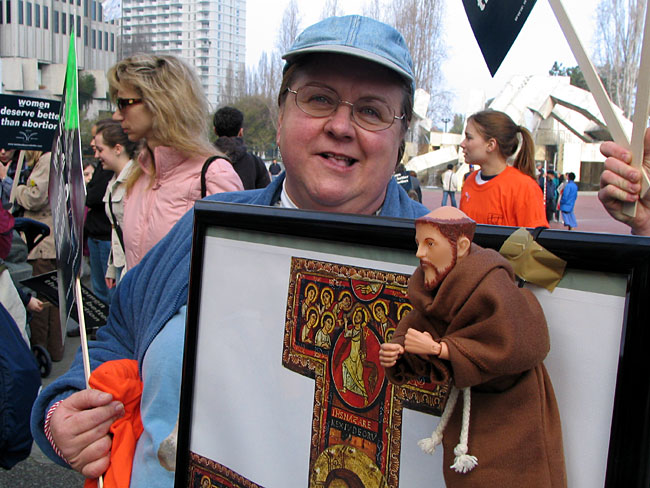 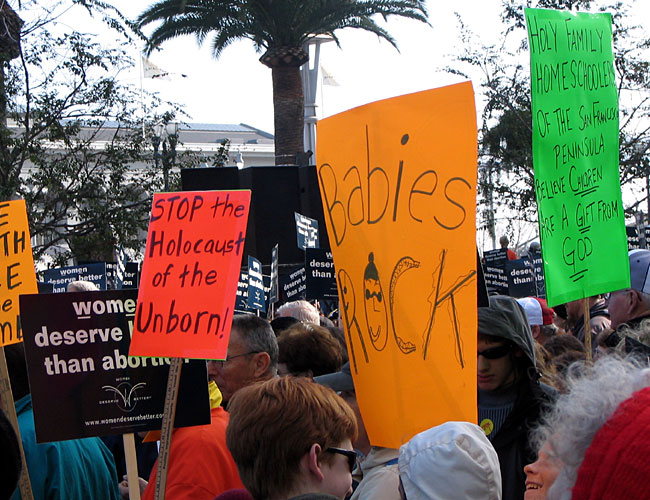 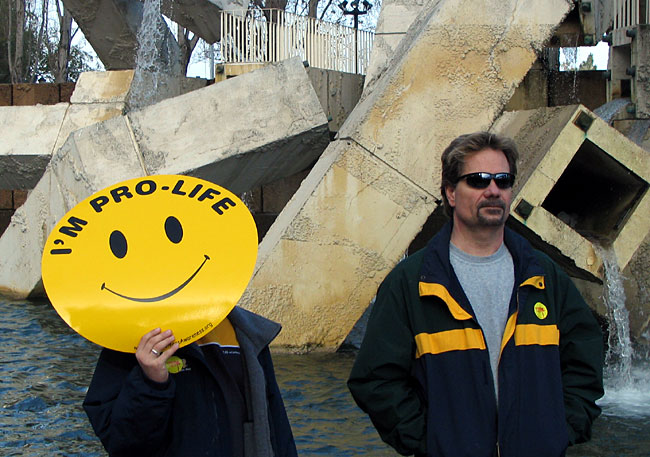 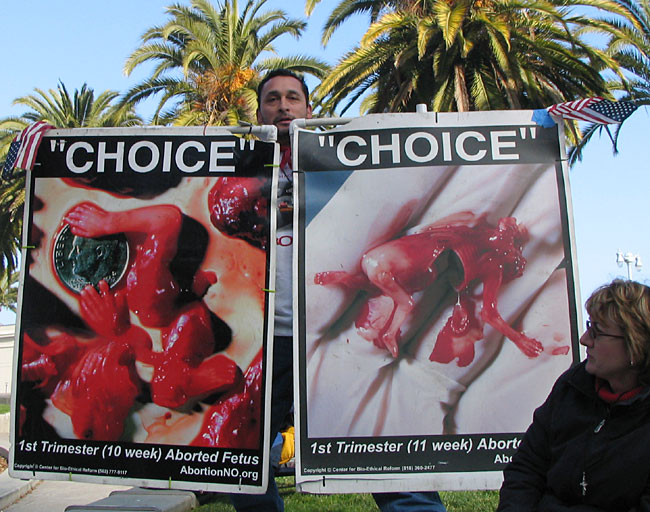 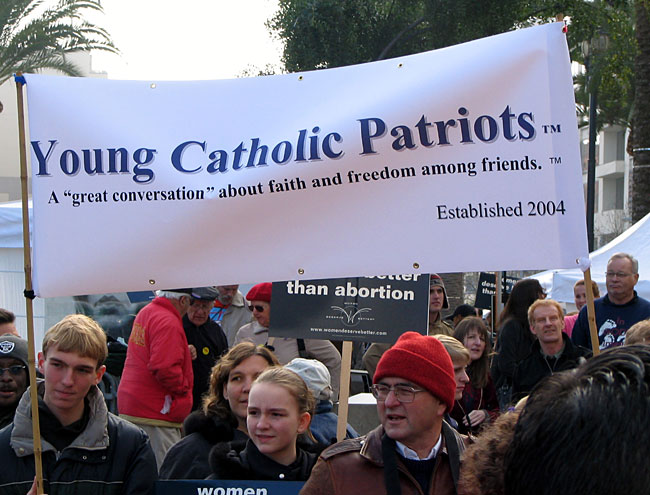 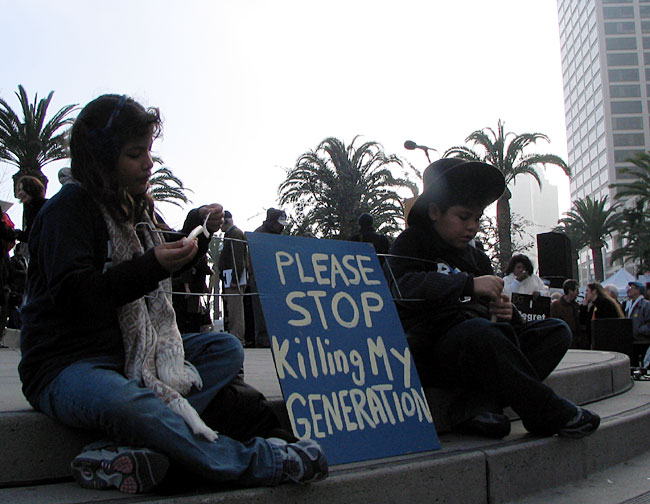 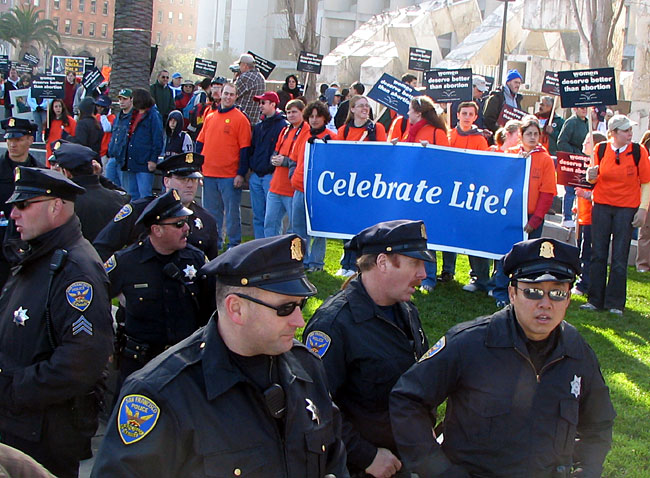 §Sally Winn, Vice-President of Feminists for Life
by Jeff Paterson (jeff [at] paterson.net) 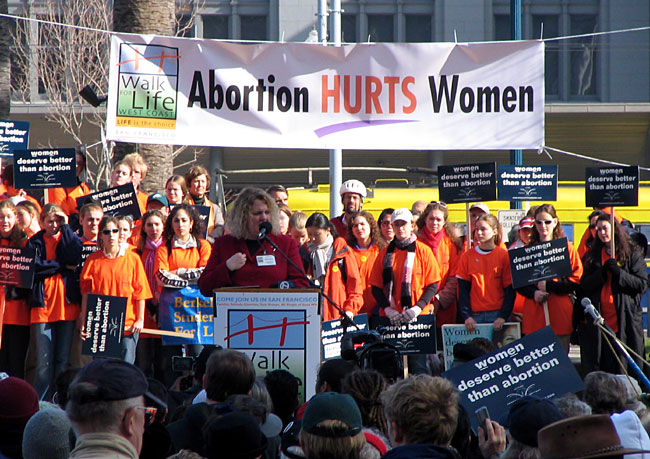 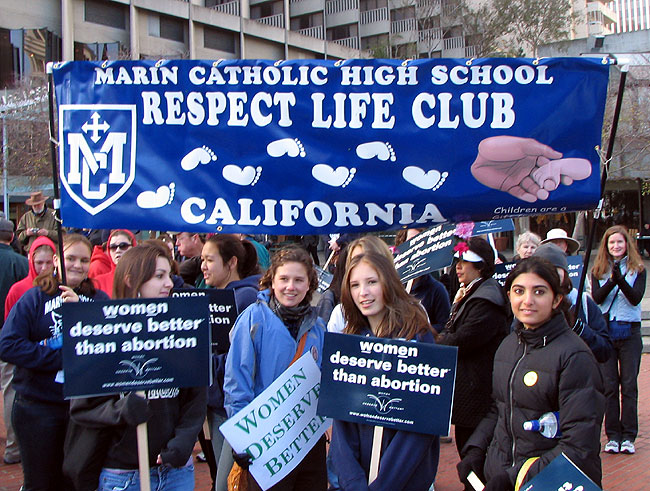 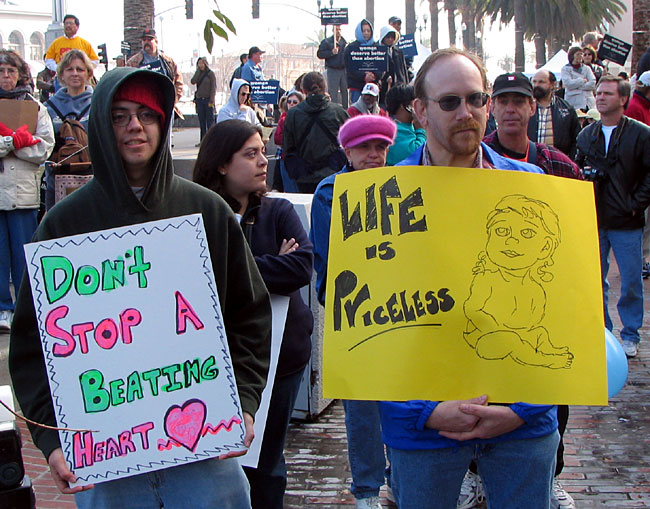 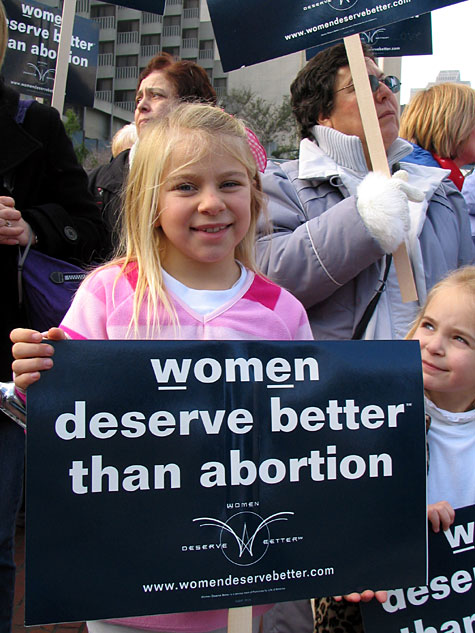 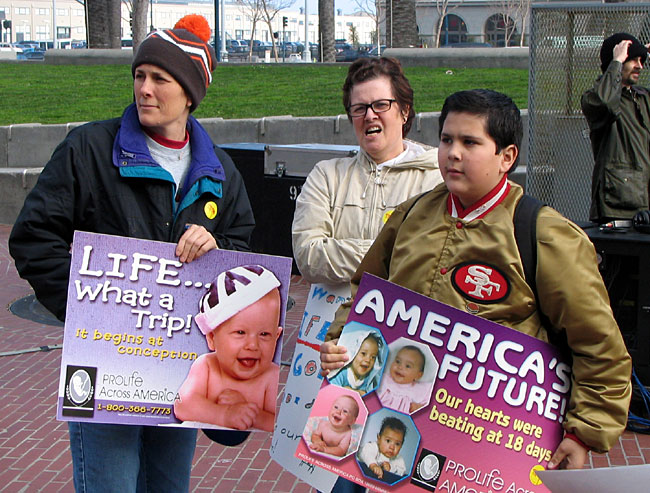 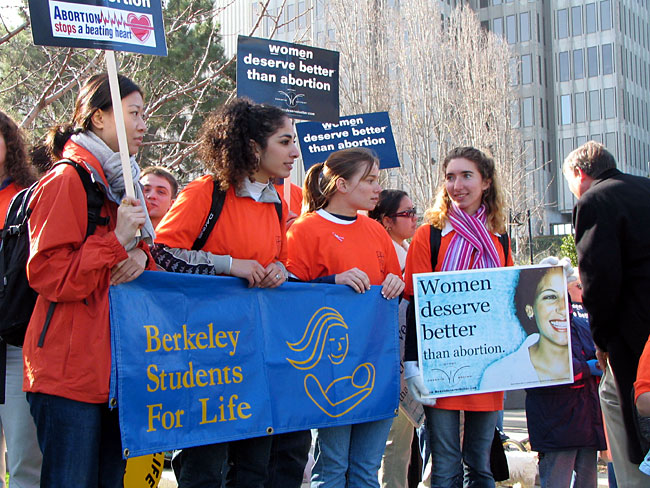 §About 7,000 eventually filled the plaza
by Jeff Paterson (jeff [at] paterson.net) 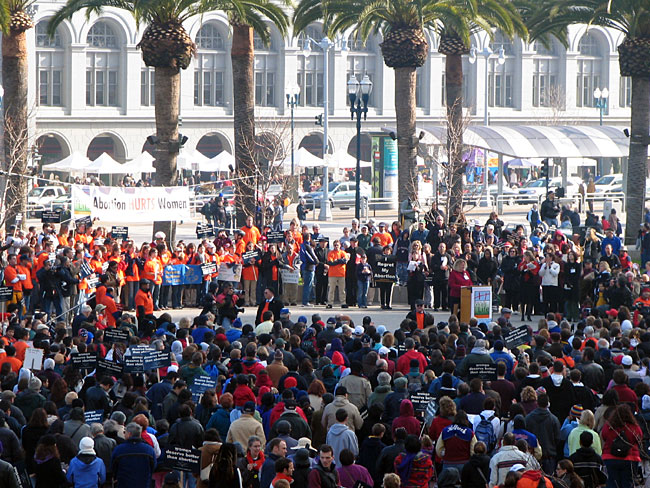 Add Your Comments
Latest Comments
Listed below are the latest comments about this post.
These comments are submitted anonymously by website visitors.
TITLE
AUTHOR
DATE
U go!
Mandie Jean
because we're blessed!
why?
why don't we...
Onward Christian Zombies!
try googling these folks.
"where are they now?"
Surprising observation
Do you agree?
Where are they now...
Pioneers in the Pro Choice Movement
Christian hypocrisy:
pro-choice
Red states have much higher teen birth rates than blue states"
Markham
pro-death is not the answer
Martha
"PROVE ME WORNG, by I AM BEGGING YOU:
pro-choice believer
Support Independent Media
We are 100% volunteer and depend on your participation to sustain our efforts!