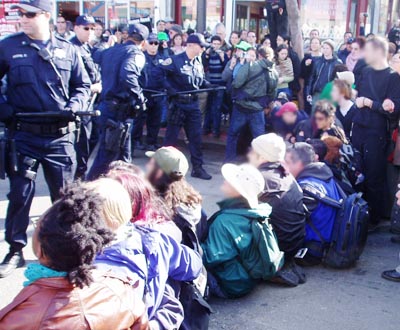 The anti-choice marchers got the welcome they deserve in SF!
§J22 - Blockade to Stop Anti-choice March
by jankyHellface Saturday Jan 22nd, 2005 4:14 PM 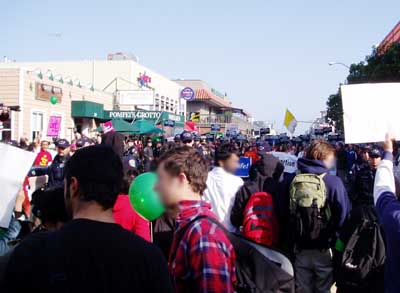 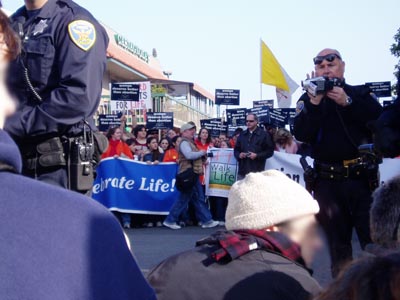 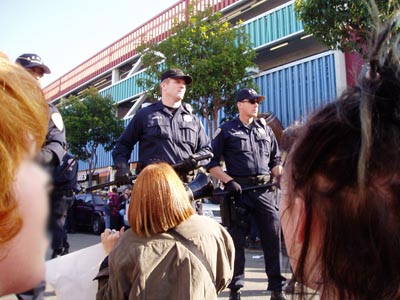 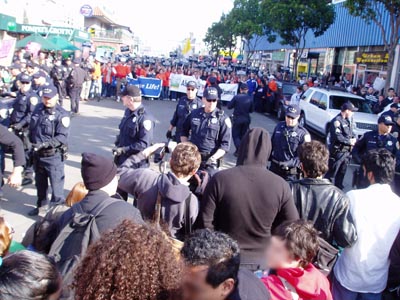 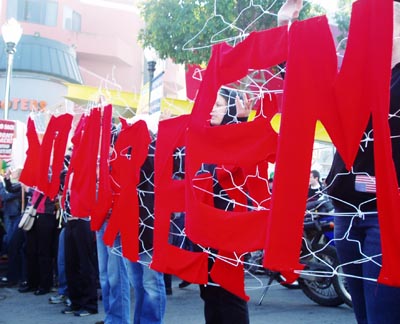 Banner made from coat hangers saying "Do You Remember When?" located at the backside of the blockade.
§J22 - Blockade to Stop Anti-choice March
by jankyHellface Saturday Jan 22nd, 2005 4:14 PM 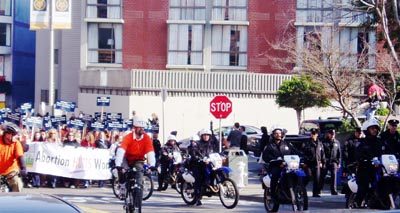 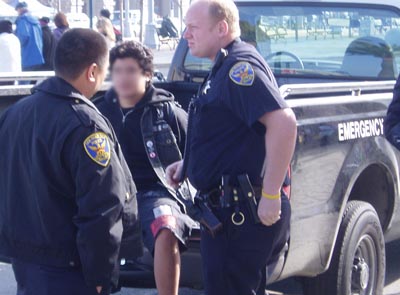 Arrest of a guy who heckled the crowd at JH Plaza. When confronted by police he was told that the anti-choicers had rented the plaza and that no dissent was allowed. Why was he not confronted by private security then, if this public space truly is private?
Add Your Comments
LATEST COMMENTS ABOUT THIS ARTICLE
Listed below are the latest comments about this post.
These comments are submitted anonymously by website visitors.