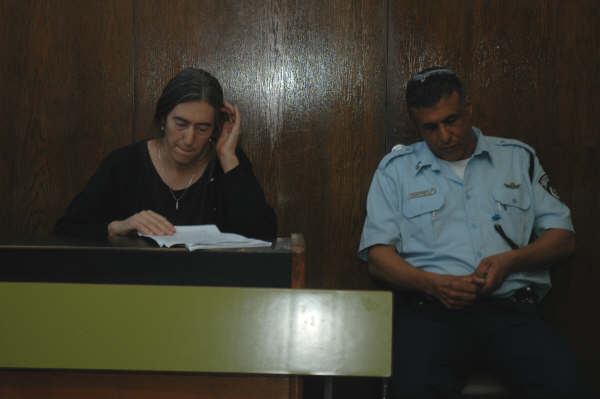 Commenting on the ruling, Raphael Bender said, “To lock up a non-violent human rights activist until the day her visa has expired, deny her request to move the hearing so she would have time left on her visa, and then say she has no right to appeal because her visa has lapsed is conduct we would expect from a totalitarian regime, not a country which wants to be called a democracy. In violation of international law, Israeli courts have also sanctioned the construction of Israeli settlements and the segregation wall on Palestinian land, the demolition of Palestinian homes, the killing of Palestinian civilians and the detention without charge of thousands of Palestinian political prisoners. The judge’s decision was a clear effort to silence dissent and avoid hearing arguments against the wall and Israel’s violations of international law.”

Raphael Bender was arrested at a peaceful protest against Israel’s segregation wall on December 14 in the West Bank village of Bil’in. She was videotaping the beating of a Palestinian protester by Israeli border police when she was arrested. Her three month tourist visa expired yesterday, January 15 2005. She had petitioned the court to have her hearing held on or before January 9, prior to the expiration of her visa.

40 Israeli and international activists filled the court in support of Raphael Bender. After the hearing, Raphael Bender was forcibly removed from the court by Israeli police as her supporters attempted to say goodbye. She expects to be deported in the coming days. 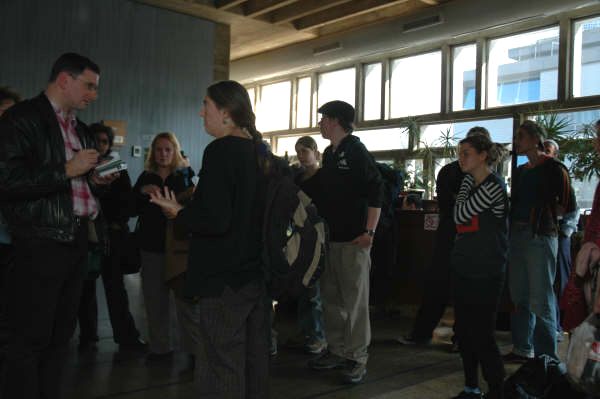 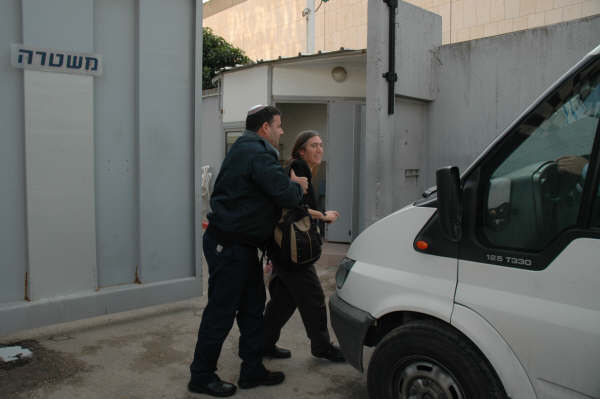