Add an Event
Newswire
Calendar
Features
Home
Donate
From the Open-Publishing Calendar
From the Open-Publishing Newswire
Indybay Feature
Publish to Newswire
Add an Event
Related Categories: International | Global Justice & Anti-Capitalism
The Satanic States of Amerika
by A Voice In The Wilderness Tuesday
Tuesday Dec 14th, 2004 9:25 PM
"The greatest trick that the devil ever made, is for people to believe that he dosen't exist!" 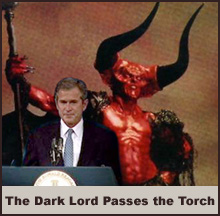 Remember when the Ayatollah Ruhollah Khomeini used to call the United States the Great Satan? Sure you do...you probubly laughed at this crazy bearded madman with his impassioned anti-American rhetoric. Many comedians back in the 70's made quite a living assailing him. Politicians past and present still bring up his oratory pertaing to America being the Great Satan. News media airheads parrot these Washington insiders.

Well, I got very sad news for you and for all of the world, The Ayatollah hit the nail right on its head...the United States of America is The Great Satan!


Many people have writen newspapers about George Bush being such a Christian. They have rallied against the accusation that Bush is like Hitler, by saying...Bush is not Hitler/America is not Nazi Germany.

I hate to shake anyones tail feathers, but "Bush" is the Devil incarnate, as is Tony Blair.

The wise amoung you allready know this. The less informed will mock my warnings.

The words from a late movie...."The greatest trick that the devil ever made, is for people to believe that he dosen't exist!"

These words could't be more truer than what we face in America today.

People...Wake up! This country was founded the principles of Masonry. The architect who drew up the street plans for Washington, DC was a Mason and a close friend of George Washington.

He drew up the plans for our nations capital using Masonic symbols, mainly the pentagon (symbol of Satan); square; compass, etc.

The southern point of the pentagram is exactly on the White House and the Grand Masonic Lodge is at the top of this unholy mess!

Every government building in our nations capital was inaugurated with an Masonic ceremony in which secret Masonic items were included in the cornerstone.

This probubly dosen't sound bad at all if you are a Mason or someone in your family is one. However it means much more than meets the eye, when you learn that the true god of Masonry is non other than Lucifer (a.k.a. Satan or the devil)

If you, like me, saw the movie "The Omen", than you were probubly scared out of your panthose months after seeing it. Well as they say, Art minics reality. Well, in this case what we have here is not a scary film, but the scary reality that the Devil does exist and controls much of the eveil that is in this world today!

Don't believe me, take a look at the photograph that the Lansat satellite took of the White House from outer space. What do you see? You must likely will admit that it looks just like the devil, but it surely must be just a coincidence. Don't be so sure of yourself my friend, for this is no coincidence.

Many church leaders already know all about this scene, but because out of fear or secretly belonging to Masonic rights, they will never tell their parishioners the truth about Satans stranglehold on Amerika.

Please go to the following to learn more on this subject. Maybe you will then you will begin to know how Bush and his evil supporters think, how they could care less about young Americans losing their lives while killing and raping innocent people all around the world.

Masonic Symbols of Power in the Seat of Power--Washington, D.C. 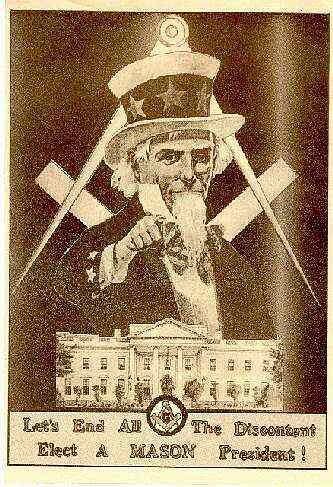 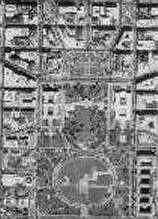 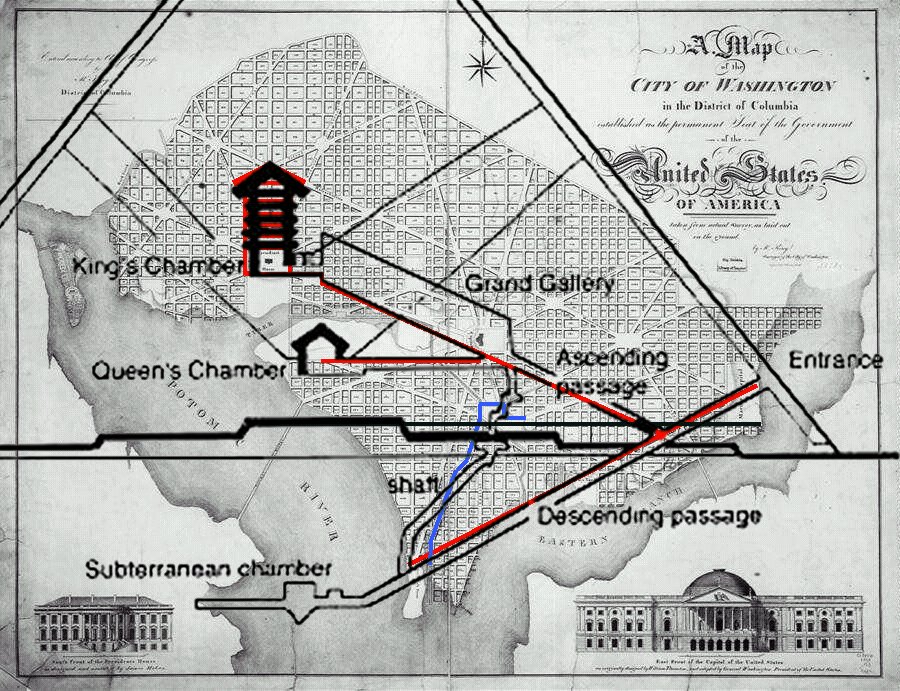 Here is a web site that deals with the symbols emdedded in the DC map. It focuses on the kabbalistic Tree of Life and a cross-section image of the Great Pyramid, the first from Israel the second from Egypt, two of the main players in the Old Testament. http://www.geocities.com/jussaymoe/dc_symbolism/index.htm
http://www.geocities.com/jussaymoe/dc_symb...
Add a Comment
Support Independent Media
We are 100% volunteer and depend on your participation to sustain our efforts!