How Trotsky Murdered Maxim Gorky and Many Others

by Al-Masakin
By Majdur Travail Maxim Gorky, the most celebrated of all the proletarian writers; loved by Lenin and Stalin and endeared to the world proletariat, was murdered June 18, 1936. 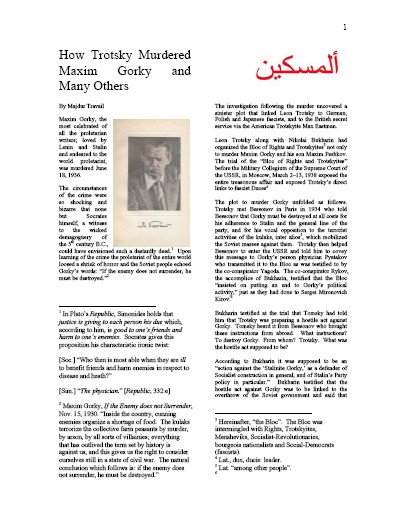 The circumstances of the crime were so shocking and bizarre that none but Socrates himself, a witness to the wicked demagoguery of the 5th century B.C., could have envisioned such a dastardly deed.1 Upon learning of the crime the proletariat of the entire world loosed a shriek of horror and the Soviet people echoed Gorky’s words: “If the enemy does not surrender, he must be destroyed."
§How Trotsky Murdered Maxim Gorky and Many Others [PDF]
by Al-Masakin 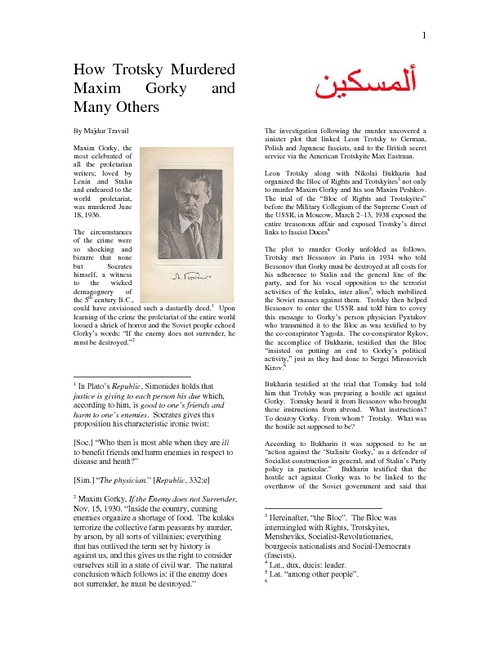 Download PDF (63.2KB)
Add Your Comments
Support Independent Media
We are 100% volunteer and depend on your participation to sustain our efforts!