Add an Event
Newswire
Calendar
Features
Home
Donate
From the Open-Publishing Calendar
From the Open-Publishing Newswire
Indybay Feature
Publish to Newswire
Add an Event
Related Categories: South Bay | Police State & Prisons
Commission Meets on Issue of Police Violence in San Jose
by Peter Maiden (pmaiden [at] pacbell.net)
Thursday Oct 28th, 2004 12:08 AM
The Justice Committee of the Santa Clara County Human Relations Commission is looking into better methods of handling officer-involved shootings and is seeking a fair outcome to the recent shooting of Zaim Bojcic, a Bosnian immigrant, outside of a San Jose Starbucks. The Committee reported back to the Commission when it met on Tuesday evening, October 26. 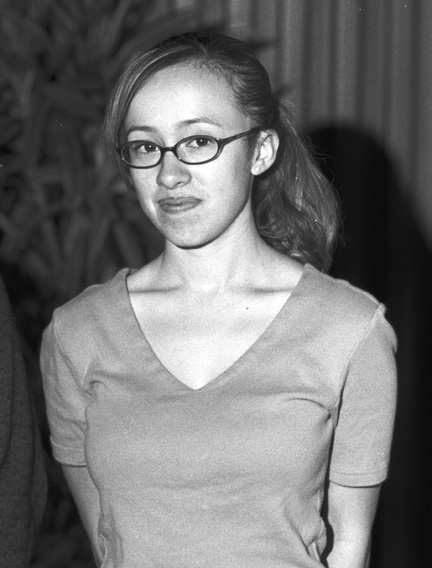 Corina Cardenas, pictured above outside the meeting, is a daughter of Rudy Cardenas, a citizen who was shot in the back and killed in downtown San Jose when he was mistaken for a fugitive earlier this year. Now accustomed to addressing public hearings, she stood in the lights of the Santa Clara Board of Supervisors chamber and said, “I wish I wasn’t here tonight. I wish my dad was here with us. Before the event [of Rudy’s death] I was an average 20 year-old, working and going to school. Now my eyes have been opened to the way the system works.”

Corina has become an activist, the same as her sister Regina and their cousin Jesse Villareal. They are all now struggling for justice in Rudy’s case and for other victims of police violence.

Activist David Taylor, addressing the Commission, spoke for most at the meeting when he said, “We should all agree that policemen are held to a higher standard.”

Assistant District Attorney Karyn Sinunu addressed the Commission. She pointed to the complexity of the process of handling officer-involved shootings. She noted that she is prosecuting the officer who killed Rudy Cardenas.

The Coalition for Justice and Accountability had representatives speak. The Coalition has been instrumental in helping the Commission deal with police violence, providing information and a compelling point of view on various cases. They helped lead the way to a Grand Jury hearing on the killing of Cau Tran, a Vietnamese woman was shot to death by a San Jose Police officer in her kitchen in 2003.

Cau Tran and Zaim Bojcic were both suffering from mental illness. Sheila Stevens of the Commission said, “I am concerned with how our police deal with refugees, foreigners, and people who are upset or have mental health issues.”

Since the killing of Cau Tran, the SJPD has been armed with tasers, which are electric shock devices. These were supposed to lower the number of officer-involved shootings. David Taylor showed a graph to the Commission that indicated shootings had actually gone up since the introduction of the tasers.

The Commission agreed for the Justice Committee to continue to meet and gather more information and perspective, and then to give a report to the Commission, when a decision can be made as far as a recommendation for action.

The next Committee meeting will be November 18 at 5:30 in the Basement of 70 W. Hedding St. in San Jose, in the Heritage Room.