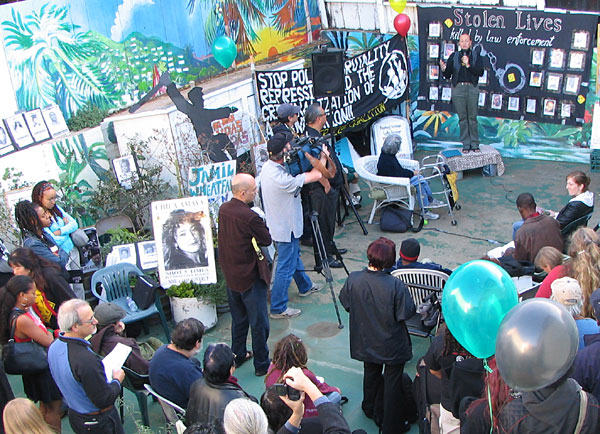 San Francisco (October 22, 2004) – Surviving family members of those killed by law enforcement gathered for a well attended press conference to mark the ninth annual “National Day of Protest to Stop Police Brutality, Repression & the Criminalization of a Generation.” Victims of police brutality also added their voices and spoke of their own treatment at the hands of the police.

Corina and Regina Cardenas described how undercover cops shot and killed their father Rudy Cardenas in San Jose early this year on February 17 while they were looking for another man. The February 20, 2004 edition of the San Jose Mercury News printed this account by an eyewitness:

Dorothy Duckett, a 78-year-old resident of Shires Memorial Center, looked out her fifth floor window after hearing a gunshot and, she said, saw Cardenas pleading for his life. "I watched him running with his hands in the air. He kept saying, 'Don't shoot. Don't shoot,' " Duckett said. "He had absolutely nothing in his hands."
http://www.october22.org
§Corina and Regina Cardenas whos father Rudy was killed by San Jose police in February.
by Jeff Paterson, Not in Our Name (jeff [at] paterson.net) Sunday Oct 24th, 2004 1:13 AM 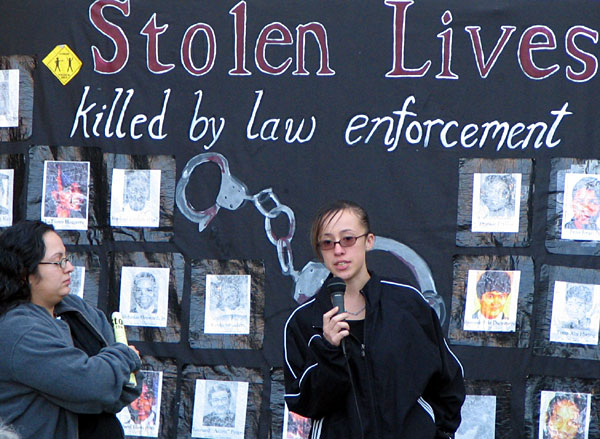 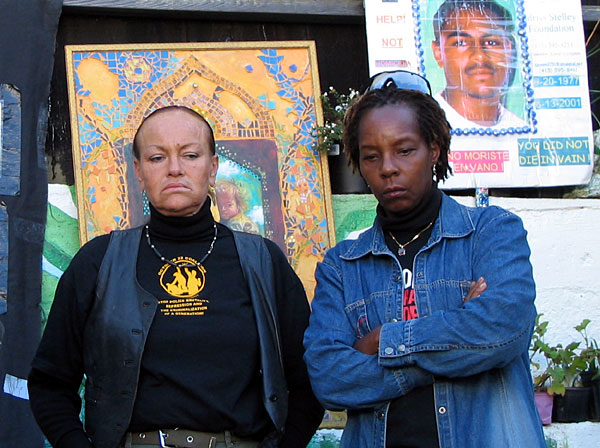 http://www.october22.org
§Andrew Soto speaks on his unlawful arrest and treatment by Richmond police
by Jeff Paterson, Not in Our Name (jeff [at] paterson.net) Sunday Oct 24th, 2004 1:13 AM 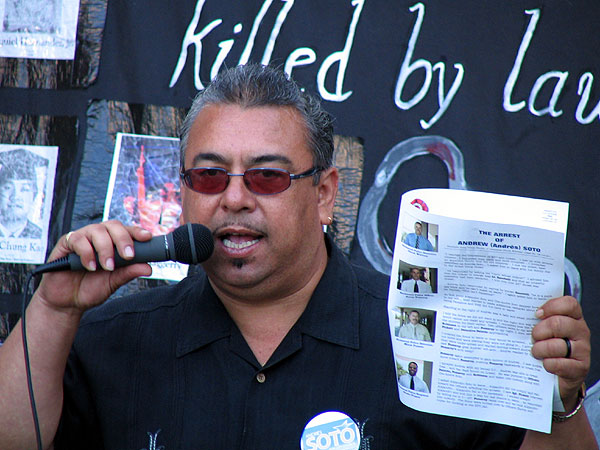 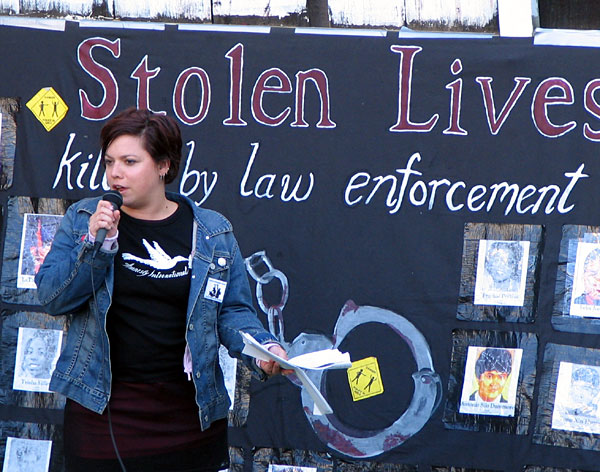 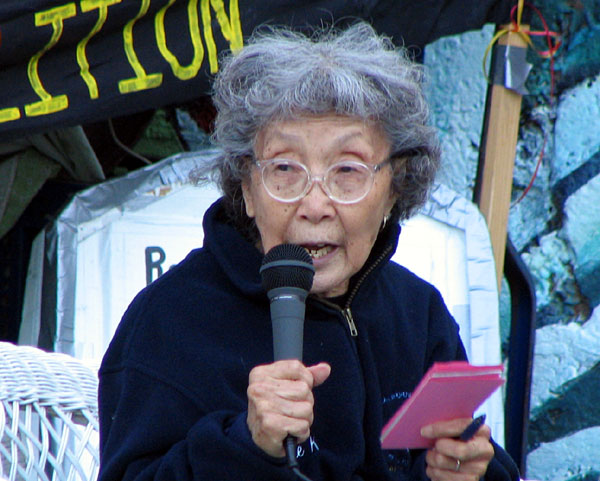 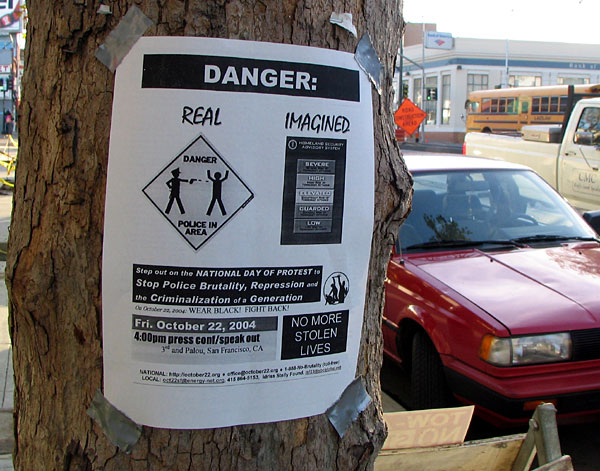 http://www.october22.org
§Marijane of Not in Our Name speaks to police state restrictions in Oakland schools
by Jeff Paterson, Not in Our Name (jeff [at] paterson.net) Sunday Oct 24th, 2004 1:13 AM 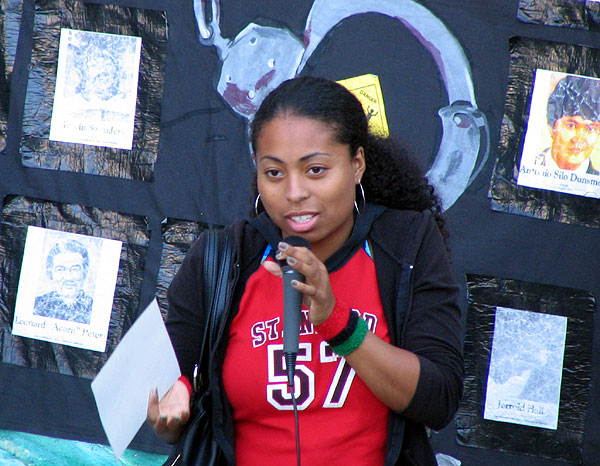 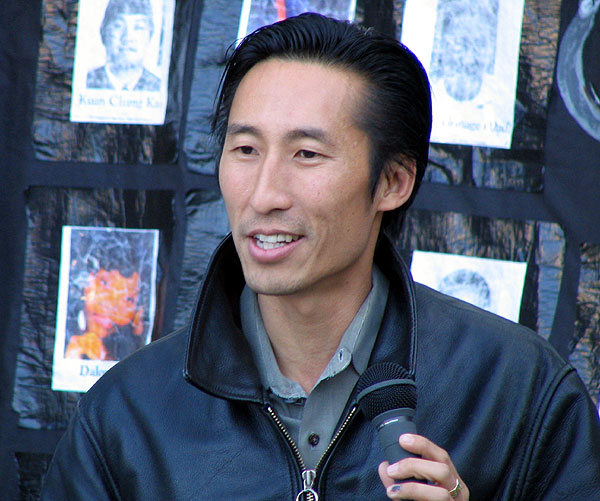 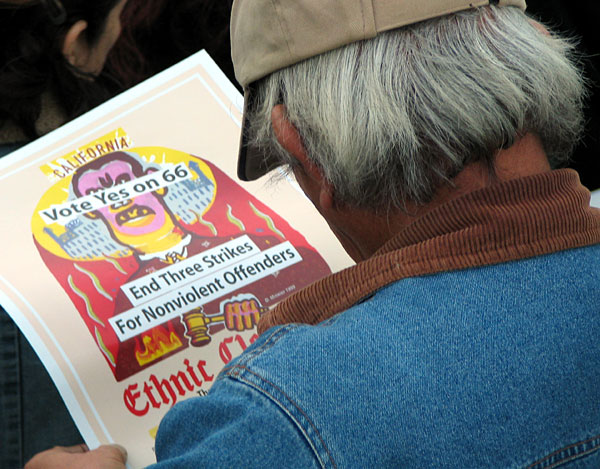 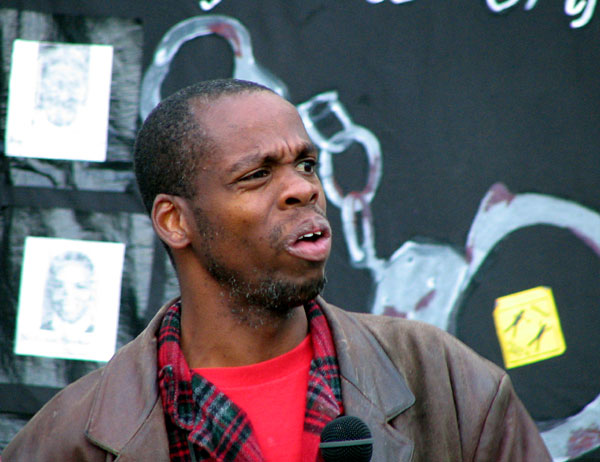 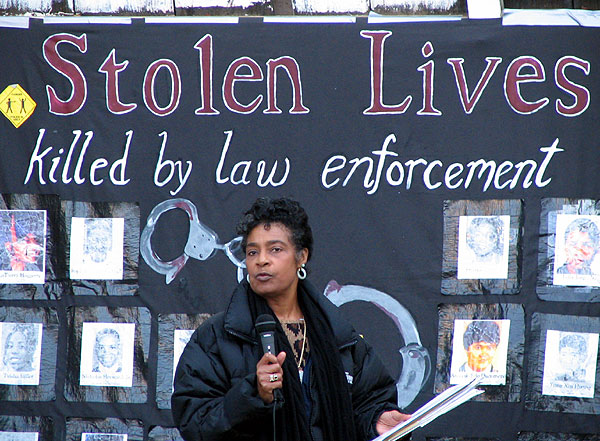 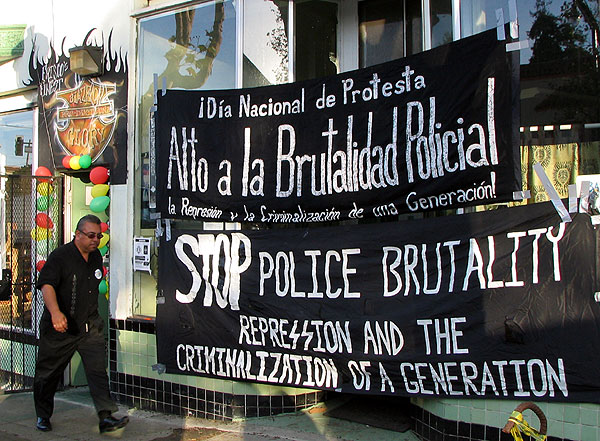 §Andrés Soto Speaks Out
by Andrés Soto
(adcsoto [at] hotmail.com) Monday Oct 25th, 2004 10:51 AM
Gracias to the October 22 Coalition and Myeisha of the Idriss Stelley Foundation for your hosting of this important event and for allowing me to speak on behalf of my family and others victims of the brutal racial violence by the Richmond Police Deaprtment. I only wish I could have stayed longer.

The legacy of police brutality in our community in Richmond is a long one dating back at least to the 1940,s with the attacks on striking workers at the Standard Oil (Chevron-Texaco) refinery.

I urge other victims, suvivors and advocates to use speak outs and electoral activities to not just influence decisions, but to make decisions on such things as police budgets and the weapons systems they purchase etc...

Andrés Soto
http://www.AndresSoto.net
Add a Comment
Support Independent Media
We are 100% volunteer and depend on your participation to sustain our efforts!