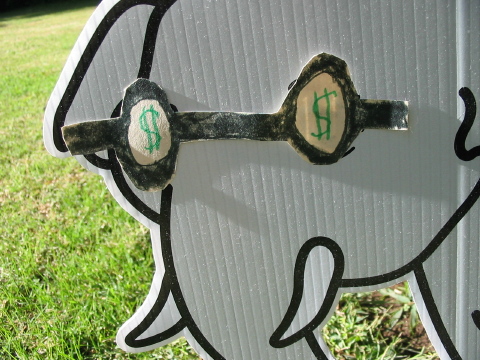 By Kevin Hall, Chairman
Save Roeding Park/NO on Z

The first Tuesday in November is election day, but the first Tuesday in October is campaign contribution reporting day. And a stunning report was submitted on that day, October 5, by the pro–Measure Z campaign. Z is the Fresno County ballot proposal that would raise $95 million through a new sales tax to fix a $2 million problem at the Fresno zoo and expand the zoo pens and parking during the next decade to well over half of Roeding Park; the long-term plan calls for zoo control and development of more than 90 percent of the park.

The 145-page "Recipient Committee Campaign Statement" reveals the birth of a privately housed campaign machine the likes of which has never been seen before in Fresno County or the San Joaquin Valley. This new conservative powerhouse has muted most of the typically vocal opposition from the ranks of its leader's fellow anti-tax, small-government Republicans. Political observers suggest that the zoo tax is largely a publicity effort to raise campaign chair David
McDonald's profile in preparation for a run for the U.S. House of Representatives in Rep. George Radanovich's seat.

The day the financial report was due, the campaign chose to release a seemingly significant proposal (see related story). It was not. However, through their ongoing strategy of positioning the sales tax effort as beneficial by framing it as a child-oriented proposal, the campaign successfully drew media attention away from financial substance to feel-good fluff reporting.

As of September 30 with a full month to go before the election, the "Save Our Zoo" committee reported more than $1.1 million received in three months of fundraising and campaign spending of more than $1.2 million. This is an unprecedented amount of money for a mere county-wide tax measure. By comparison, the 2002 renewal effort for the Measure C transportation sales tax spent approximately $500,000 (nearly half of which was a publicly funded "educational" effort). This year's Measure B library tax renewal has raised just $50,000 thus far.

The campaign is headquartered inside Pelco, the Clovis-based manufacturer of video surveillance equipment. Campaign chairman McDonald, CEO and president of the privately held company, is perhaps best known for his personal "memorial" to the attacks of 9/11, located on company grounds.

According to the Fresno Bee of August 1, 17 Pelco employees are working on the campaign effort. An unconfirmed report from inside Pelco is that McDonald is offering an all-expenses-paid, two-week trip to Hawaii for two people, plus spending cash, to the employee who puts in the most campaign hours on or off the job. (I had the somewhat surreal experience of debating a pair of Pelco employees at the Sanger Rotary Club where they described themselves as volunteers, despite their being there on paid company time.)

As much as the media would love to portray the campaign as a grassroots movement that emerged spontaneously following one little girl's letter to the editor and a $1 donation to the zoo (yes, Virginia, there is an expansion clause), the campaign report reveals a carefully orchestrated, well-financed astroturf campaign drawing monetary support from throughout the country.

Pelco estimates its in-kind donations of employee time at $157,000 thus far plus expenses of $52,000. The campaign has spent another $76,000 reimbursing Pelco for temporary help hired through Select Personnel Services of Fresno. Another $52,000 is shown as campaign debt for additional temporary workers' wages. This equates to $337,000 in campaign salaries and operating expenses from July 2 through September 30.

The big winners in the campaign spending spree of $700,000 in cash have been a trio of local printers who have captured 75 percent of the money. They've generated mountains of campaign materials, most notably a reported 95,000 miniaturized Disneyesque pachyderms. The three Fresno companies to have received a combined $523,000 are Quick Signs at $245,000, followed by ProScreen Inc. at $192,000 and DuMont Printing at $86,000.

Fresno public relations and advertising firm Panagraph garnered an even $100,000 for ad production (and presumably placement). Univision Channel 21 estimates the value of its donated effort toward "presentation production" at $117,000. Another $7,000 per month is being paid to Catherine Lew, Esq.-Lloyd A. Edwards of Oakland as campaign consultants, and $6,000 per month is being paid for ongoing voter surveys to Fairbank, Maslin, Maulin & Associates in Santa Monica.

Throw in $14,250 for a "Bulldog Sponsorship,"$7,200 on inflatable elephants and another $30,000 on everything from T-shirts to sign installation, and you've got a campaign that will roll out faster than outdoor carpeting on cement.

So where's all the money coming from?

Of the $1.1 million raised by the campaign, approximately $700,000 is straight cash contributions. Another $100,000 has been loaned by United Security Bank at a kindly 4.15% interest rate and secured by the Fresno Zoological Society. $320,000 has come in the form of nonmonetary contributions.

Of the $700,000 in cash, nearly $125,000 has come from companies located outside of the San Joaquin Valley and in most cases outside of California. The elephant's share of the money has come from the nearly 150 local businesses who have donated more than half a million dollars. The list of leading donors reads like a who's who of Fresno's leading developer, construction, and related companies.

First in line at the watering hole with a $50,000 donation is Howe Electric, matched by a pair of $25,000 donations from River Park Properties II and Fancher Creek Properties LLC. Not to be left out, Granville Homes is right behind at $25,000. The second-tier $10,000 donors are New England Sheet Metal, Johanson Transportation, Kasco Fab, Donald Burgess Contracting, Dan Gamel Inc., Harris Construction, Fowler Packing and Charles McMurray Co. The largest
out-of-state campaign donations are $20,000 from Gunster Yoakley of West Palm Beach, Fla., and $10,000 from Leader's Edge Magazine (Productivity Plus Inc.) in Washington, D.C. (See <www.saveroedingpark.com> for a complete list of donors).

In the past few weeks the Save Roeding Park/NO on Z campaign has made numerous presentations around the area. As of press time, organizations that are officially on record in opposition to Measure Z include Fresno Area Congregations Together, National Action Network, the Green Party, the Black Political Council, and the NAACP. The Democratic Central Committee, which had endorsed Measure Z in August, rescinded its endorsement in early October.

Corrections
The "Save Roeding Park" article should have described the private nonprofit corporation's board of directors as a nine-member board that will be appointed three-each by the city council, board of supervisors and yet-to-be-formed zoo society. In addition, the county counsel's office recently released a revised estimate of the annual tax revenue that would be generated by passage of Measure Z. It is now estimated that the tax would raise $95 million during the next 10 years; the original estimate was $80 million. 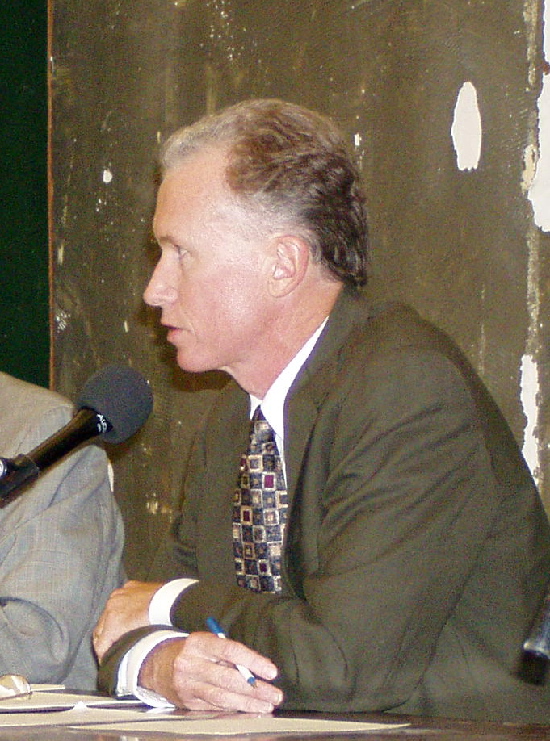 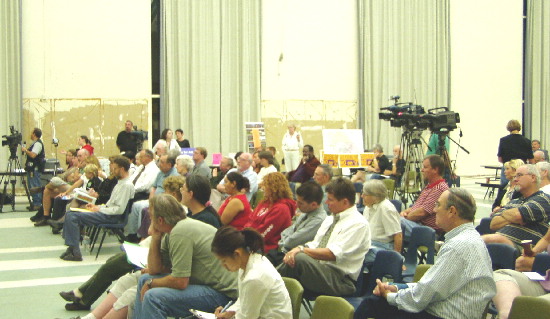 The Central Valley Progressive PAC forum was well attended and covered extensively by the corporate media.
http://www.saveroedingpark.com/
§Video film clip from the forum
by Kevin Hall Friday Oct 15th, 2004 4:33 PM
Copy the code below to embed this movie into a web page:
Download Video (6.8MB) | Embed Video
This is a .wmv video file of the presentation Kevin Hall made at the forum.
http://www.saveroedingpark.com/
Add Your Comments
LATEST COMMENTS ABOUT THIS ARTICLE
Listed below are the latest comments about this post.
These comments are submitted anonymously by website visitors.