Newswire
Calendar
Features
Home
Donate
From the Open-Publishing Calendar
From the Open-Publishing Newswire
Indybay Feature
Publish to Newswire
Add an Event
Related Categories: U.S. | Government & Elections
Photos: NYC - Random shots from 29th Aug protest against the RNC
by jankyHellface
Monday Aug 30th, 2004 9:07 PM
Some photos from various actions that took place on the 29th of Aug in NYC -- including the Youth and Student Feeder March, UFPJ march & the mouse block 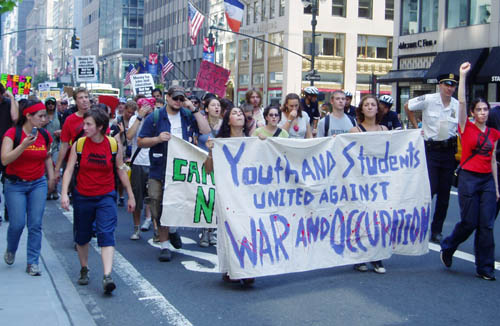 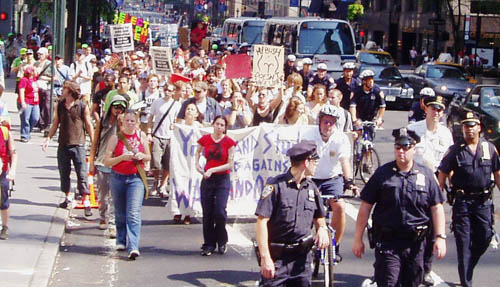 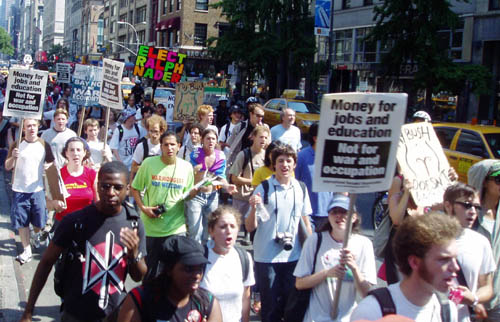 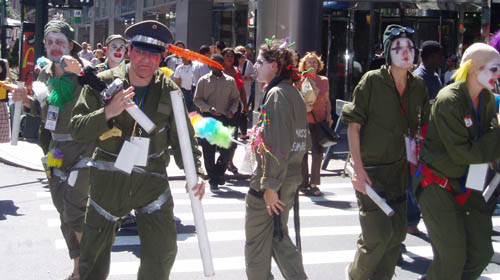 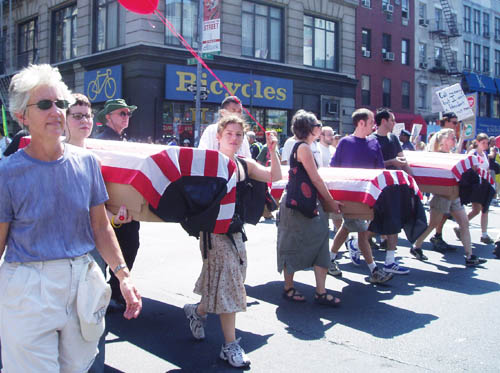 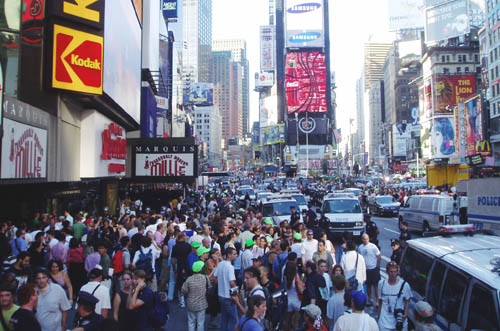 This was by far the most effective action of the day. Broadway venues gave RNC delegates free passes to their shows. Folks could just walk up to the delegates and let them know how they feel about the RNC coming to NYC. The delegates were easy to spot because the NY Times gave them red bags at each of the Broadway shows they went to.

This photo was taken when the NYPD penned in protesters, reporters and random tourists and proceeded to arrest them. Later in the evening, folks just spread out all over Times Square making it impossible for the NYPD to mass arrest folks. By far the best tactic I've seen in NYC is not rallies and marches, but instead, direct action where if the police show up in force, you just leave. Hopefully the 31st will contain these elements.
Add Your Comments
Support Independent Media