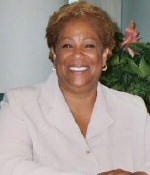 A lot of progress has been made since last I wrote. CHAANGE has had its meeting with Cynthia Sterling, City Councilmember of District 3 on July 23 at four in the afternoon. It was an exciting moment for CHAANGE to finally be able to sit down with Cynthia and begin to discuss and connect with her around the issues of HIV/AIDS that are affecting the community; particularly in the zip code of 93706 and west Fresno which is in her District. HIV/AIDS is not a stranger to Cynthia since she has had experience dealing with it in the funeral business; which is basically the final result of AIDS if not dealt with. She said that CHAANGE has an open door when it comes to her office and that she is supportive of our program. She has had her Communications Director, Marlin Ezell attend our last two meetings, which is a big sign to say that she is interested in what CHAANGE is doing for the community. And with that being said, let me bring you up to speed on our current CHAANGE project.

CHAANGE is finalizing the final details of its HIV/AIDS Billboard Awareness campaign. The billboard committee that was put together from the August 6 meeting has decided on the message and design of the billboard and it is being set off to Vista Media for their design team to make the prototype for our final approval on August 27. On that day, we’ll know how much Sterling’s office and the County of Fresno are willing to contribute to make this happen! These 10 billboards throughout south Fresno will be very significant because it will be the first time that Fresno has ever had billboards addressing the issue of HIV/AIDS. It has been said that billboards reach a wide range of audiences because of its visibility. And when we begin to talk about Grassroots efforts in regards to HIV/AIDS, visibility is a key point!

So to conclude, keep your eyes open and look for the “signs” of CHAANGE; we are working fervently to bring together the Fresno community and hopefully the greater San Joaquin Valley around the issue of HIV/AIDS. Do your part and join in the cause! Our next CHAANGE Makers meeting is September 10, 2004 from 1pm to 3pm here at our office on 1584 N. Van Ness Ave. on the southeast corner of Van Ness and McKinley just south of Fresno City College. Please call to RSVP at (559) 268-1969 or e-mail

gary.dennis@chaange.org. If you feel that you can’t physically help out, you can always contribute financially. Make your checks payable to CHAANGE/San Joaquin Valley. Thank you and take care!
http://www.chaange.org/
Add Your Comments
Support Independent Media
We are 100% volunteer and depend on your participation to sustain our efforts!