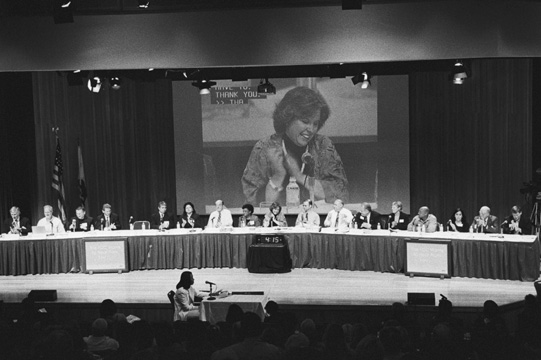 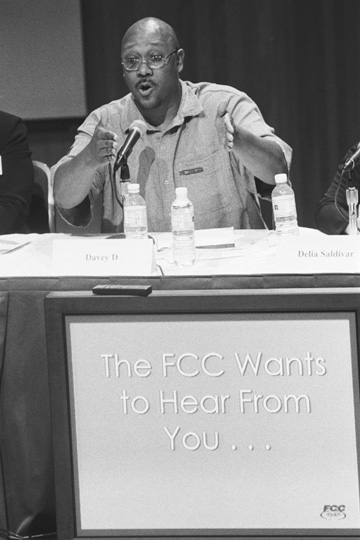 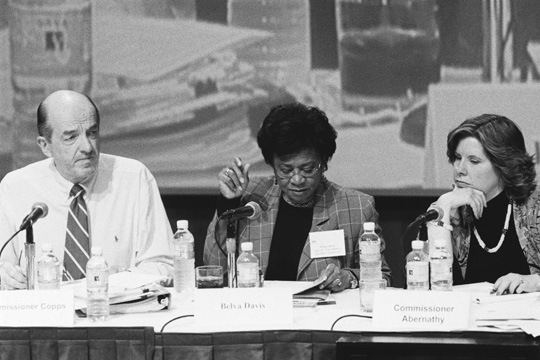 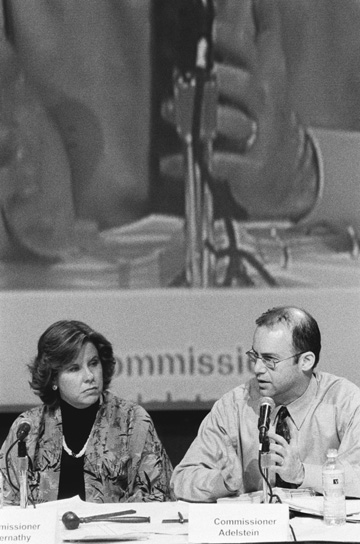 The Commissioners at the meeting were liberals who are applying pressure for regulation of mass media. The Republican majority in the FCC was conspicuous by its absence, particularly Chairman Michael Powell.
§Jeff Perlstein
by Peter Maiden (pmaiden [at] pacbell.net) Thursday Jul 22nd, 2004 10:57 PM 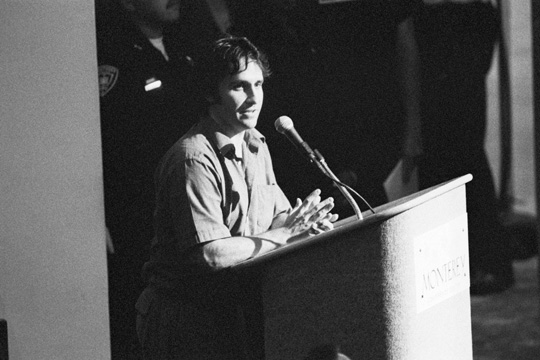 Jeff Perlstein is the director of Media Alliance, which worked hard for this event to be meaningful. MA has contributed a lot to the struggle to make media responsible to the communities they serve. MA declared Chairman Powell "A.W.O.L."
§Grade the News
by Peter Maiden (pmaiden [at] pacbell.net) Thursday Jul 22nd, 2004 10:57 PM 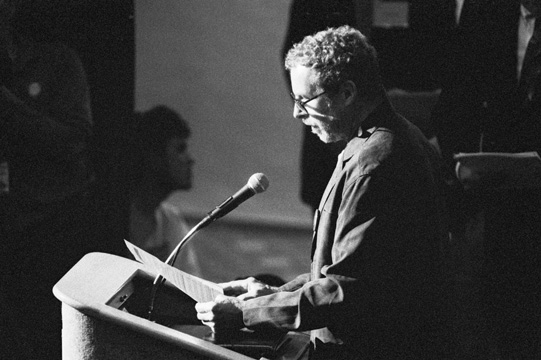 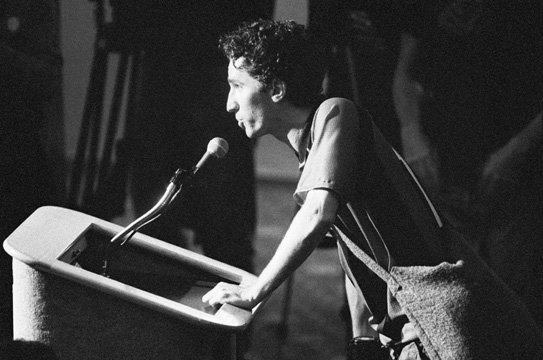 This young man told the commissioners, "Go back to DC and make your rules–we will continue to break them."
Add Your Comments
LATEST COMMENTS ABOUT THIS ARTICLE
Listed below are the latest comments about this post.
These comments are submitted anonymously by website visitors.