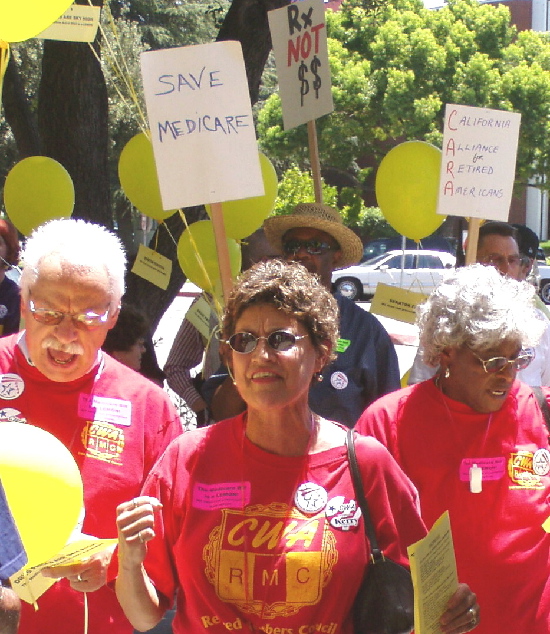 Seniors Blow the Whistle on Feinstein
By Mike Rhodes
July 13, 2004

In a loud and colorful rally in downtown Fresno today, over one hundred seniors, consumers, and workers blew the whistle on Senator Dianne Feinstein. Saying that they are "mad as hell" about Feinstein’s support for the Medicare Reform Act of 2003, representatives from the group delivered thousands of post cards to her office.

Nan Brasmer, President of the California Alliance for Retired Americans (CARA), said that "Report after report confirms the same findings yet nothing has been done to rein in the high prices that are spiraling out of control." Brasmer added that "The Mecicare law is fundamentally flawed. Seniors need real relief from the soaring costs of prescription drugs - not this phoney lemon of a bill that Senator Feinstein supported."

Now that the first phase of this bill is underway - the drug discount card program - activists at the rally say that it is even clearer that this bill is bad medicine and must be amended or repealed. They say that between the time the Medicare law was enacted in December 2003 until the drug discount cards were unveiled in June 2004, prices for the top 200 drugs most used by seniors climbed 3.4% outpacing a 1.2% inflation rate, according to a study by AARP.

Organizers of the rally included the California Alliance for Retired Americans, the California School Employees Association, the California Labor Federation (AFL-CIO), Communication Workers of America, and many Fresno based community and religious organizations. 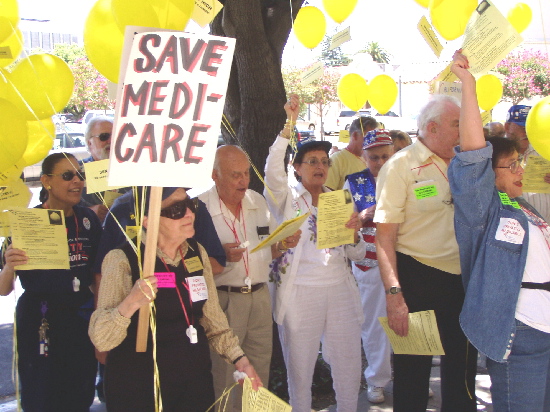 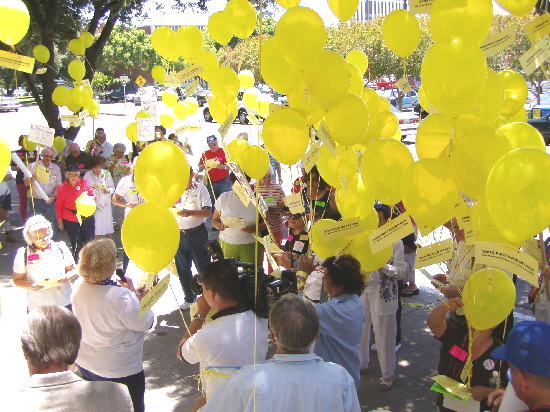 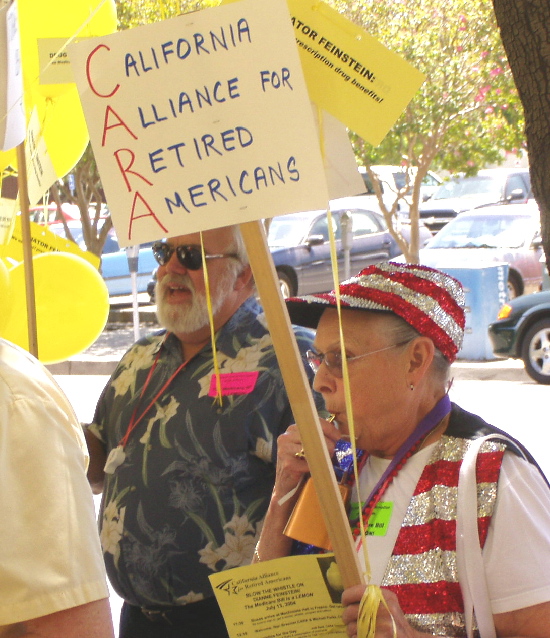 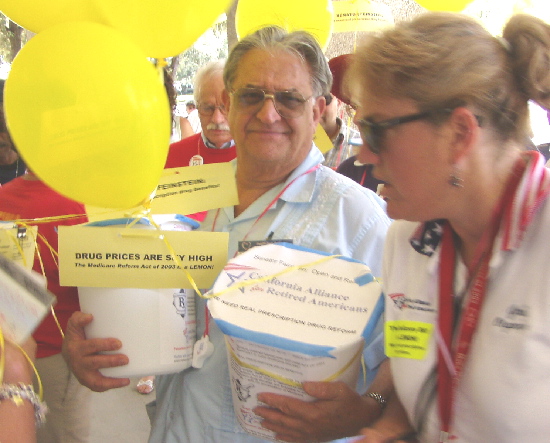 Local activist Ray Ensher delivering post cards to Feinstein’s office
http://www.fresnoalliance.com/home
Add Your Comments
Support Independent Media
We are 100% volunteer and depend on your participation to sustain our efforts!