Add an Event
Newswire
Calendar
Features
Home
Donate
From the Open-Publishing Calendar
From the Open-Publishing Newswire
Indybay Feature
Publish to Newswire
Add an Event
Related Categories: Americas | San Francisco | Anti-War | Government & Elections
Remembering The Victims Of Ronald Reagan's Policies: Photos From SF Rally and March
by Z
Friday Jun 11th, 2004 3:58 PM
Well over a hundred people gathered at 16th St BART Friday to remember the victims of Reagan's policies. After several people spoke about the deaths caused by Reagan in Central America, the crowd marched up Mission to 24th St, drawing in more people along the way (the marching crowd contained around 200 people). By whitewashing the continuing suffering caused by Reagan's policies, the mainstream press has show its bias. It was surprising to see how many people who saw the march wanted flyers to hand to people at work; most people remember Reagan's for his racism, homophobia, lack of caring about the poor and needy and his oppression of dissent (both in Central America and in Berkeley when he was governor). When the papers laud he lasting legacy (and the state of California shuts down for the day in his honor) are they ignoring most of what Reagan did or voicing support for militarism and bigotry. 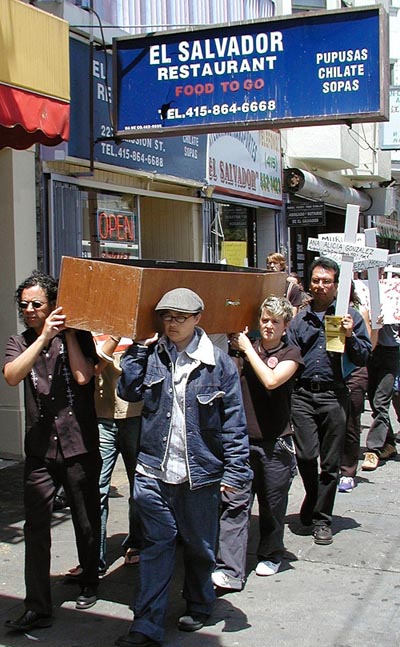 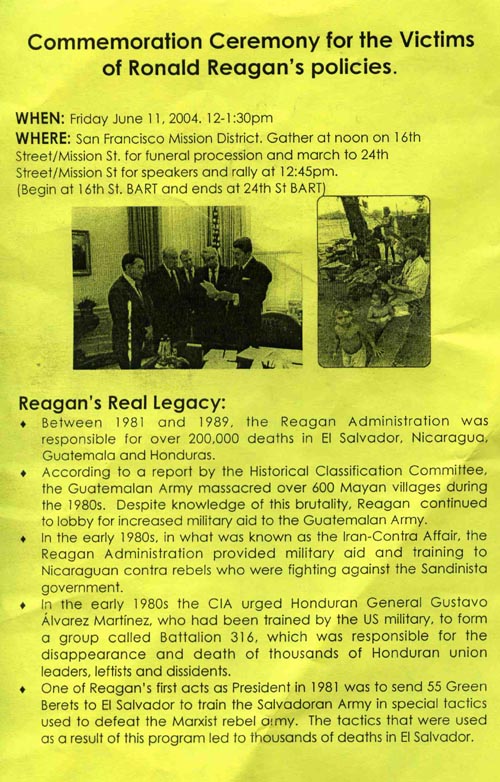 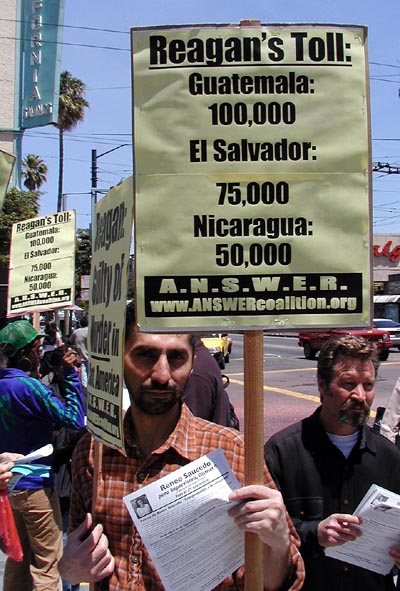 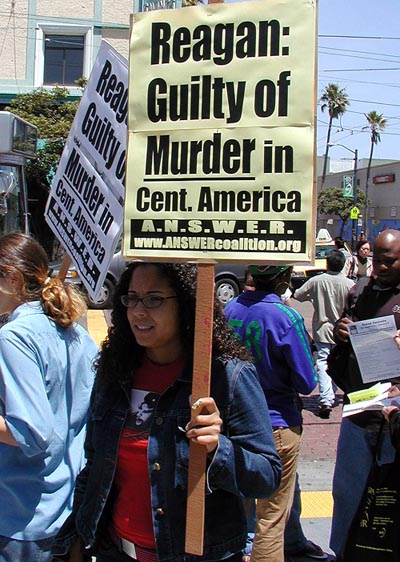 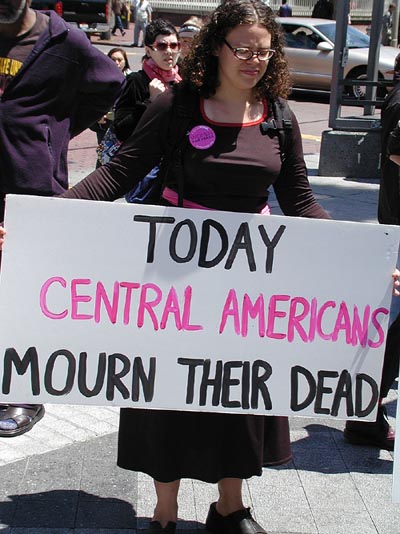 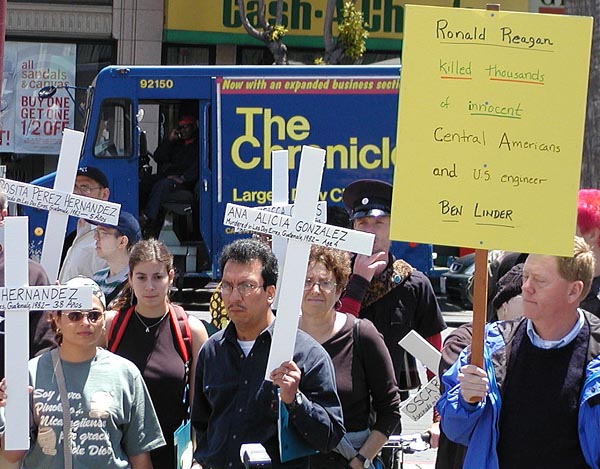 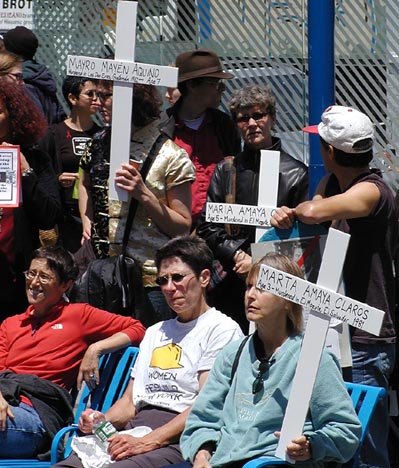 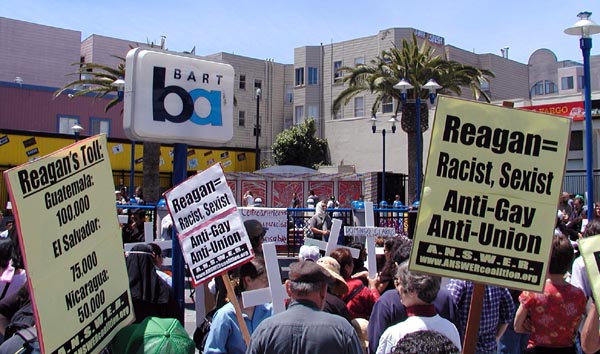 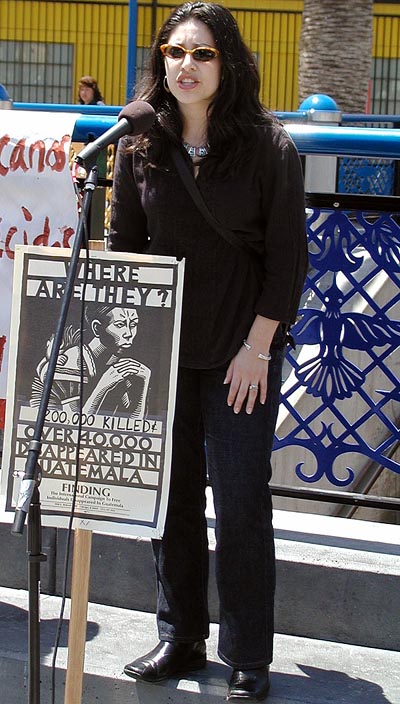 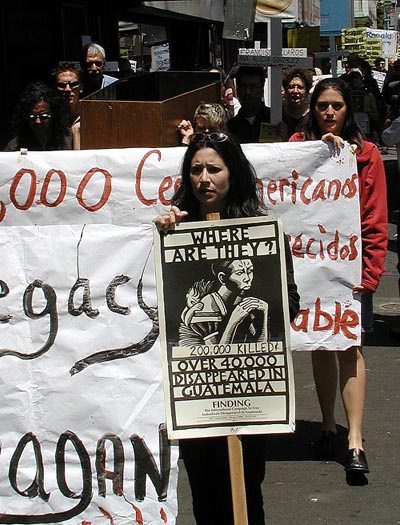 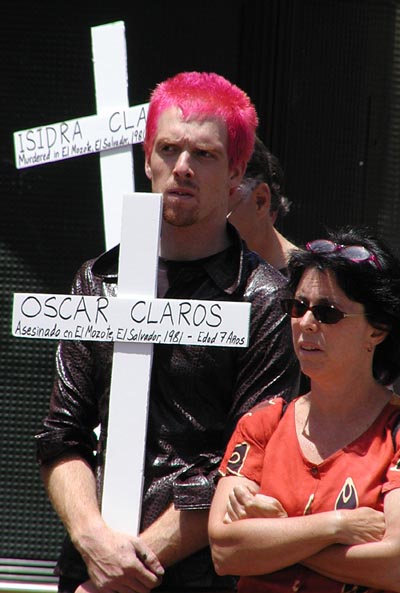 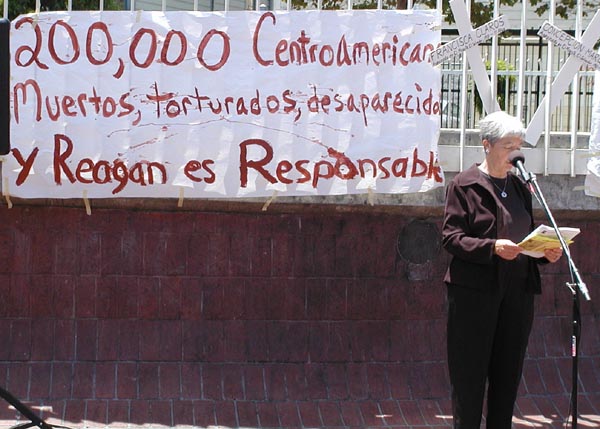