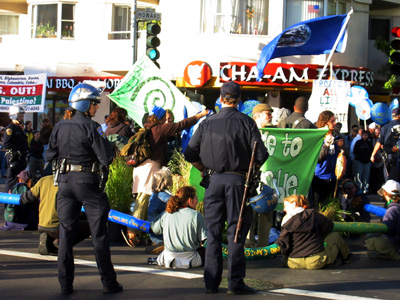 In all, there were about 20 arrests by noon. Activists plan a jail solidarity support rally this evening for protesters who remain in custody. 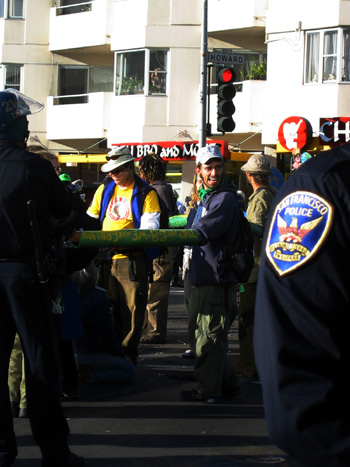 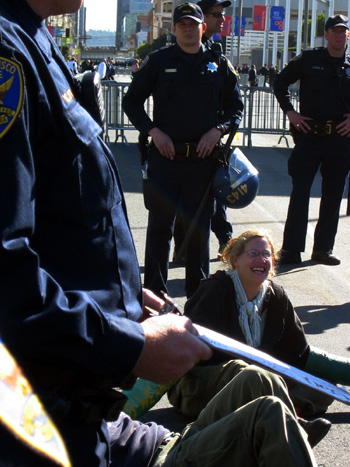 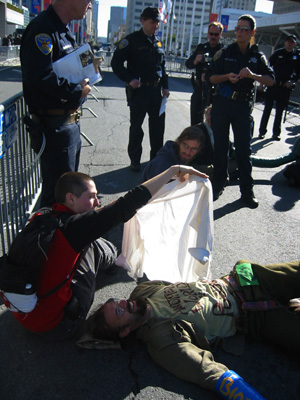 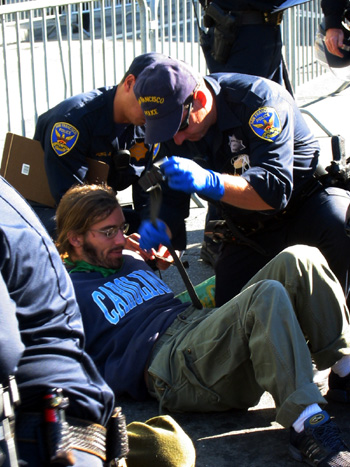 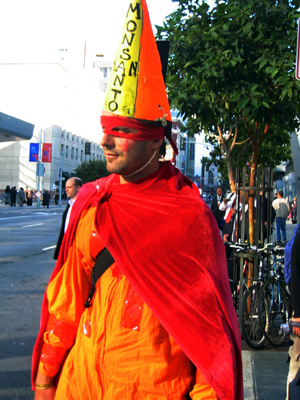 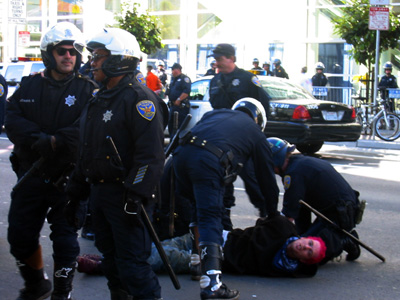