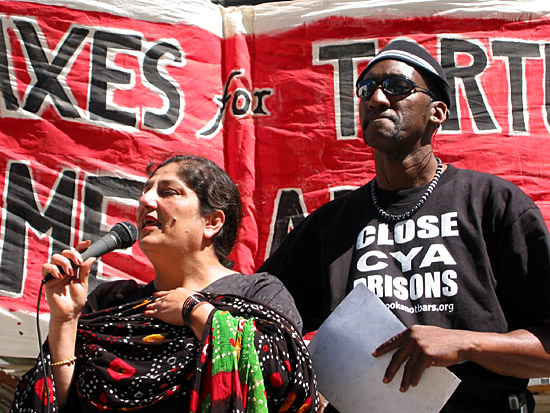 As part of Reclaim the Commons week in San Francisco, 200 people rallied for racial justice in front of the SF Federal Building this morning. Speakers included wards (i.e. survivors) of the California Youth Authority who make the connections between the shocking torture photos of Iraqi prisoners and the conditions within the California juvenile lockups right here at home.

Personal log: I was assisting Reclaim the Commons organizer Lori with the sound system for the rally at the Federal Building at 9:20 am. We were about to begin unloading the sound equipment from her car for the 10:00 am rally when we quickly found ourselves surrounded by heavily equipped police. As the person who had negotiated and received the three separate permits required for the rally and march, Lori began to introduce herself. The police were “not friendly” and demanded her car registration and drivers license. I attempted to exit the car and was ordered back into the car. Police began handcuffing Lori, and I took a photo of the scene from within the car (last photo – view of Lori is obstructed). A Federal Building agent witnessed my photography, and police officer Baily immediately demanded that I turn over my camera to him. I asked Officer Baily a few times what the legal basis was for his demand, to which he replied, “do you want to go to jail?” To help ensure the rally went on as planned, I turned over my camera (it was returned to me after Lori was taken away). Lori fully believed that she had completely taken care of the four-year-old traffic violation that the police claim is the basis for the bench warrant issued for her arrest. Lori had met with police representatives to secure permits, renewed her car registration, and renewed her drivers’ license all without incident within the last couple of months.
http://bayarea.notinourname.net
§&quot;Free Education for All&quot;
by Jeff Paterson, Not in Our Name (jeff [at] paterson.net) Monday Jun 7th, 2004 9:23 PM 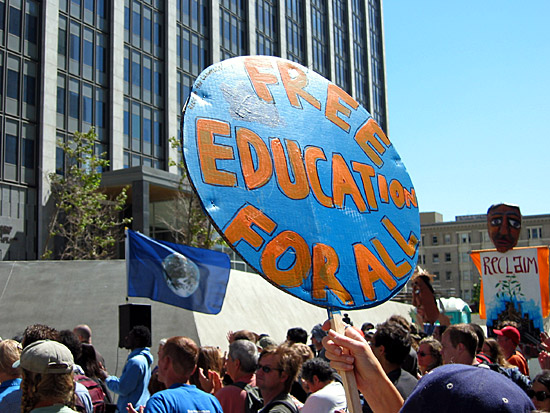 Top photo: Samina Sundas, of American Muslim Voice and the Blue Triangle Network, is comforted by Allen Feaster who's son was killed while in CYA detention.
http://bayarea.notinourname.net
§Marijane, Not in Our Name
by Jeff Paterson, Not in Our Name (jeff [at] paterson.net) Monday Jun 7th, 2004 9:23 PM 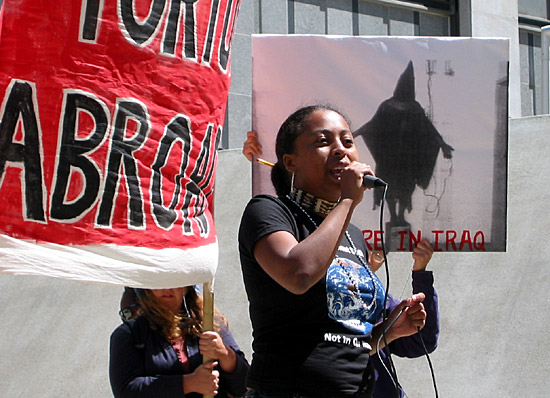 http://bayarea.notinourname.net
§&quot;Not my president, not my government&quot; rap
by Jeff Paterson, Not in Our Name (jeff [at] paterson.net) Monday Jun 7th, 2004 9:23 PM 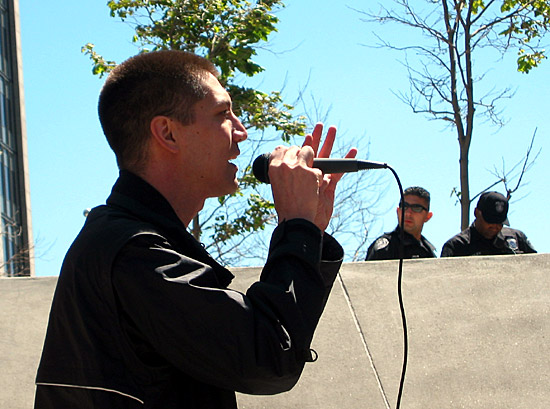 http://bayarea.notinourname.net
§Will Roy, poet and former CYA ward
by Jeff Paterson, Not in Our Name (jeff [at] paterson.net) Monday Jun 7th, 2004 9:23 PM 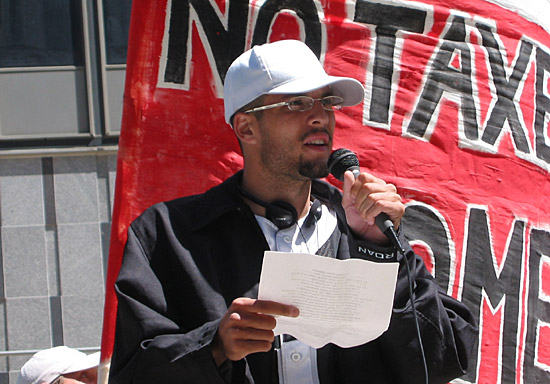 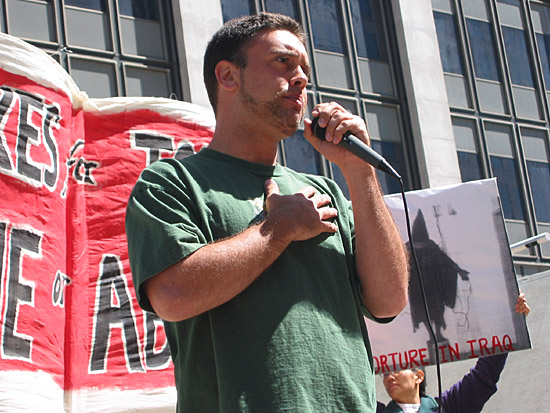 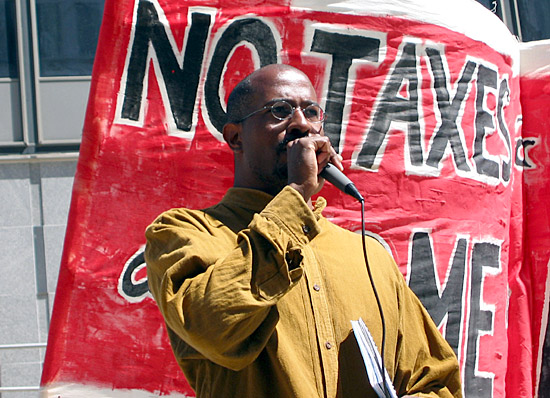 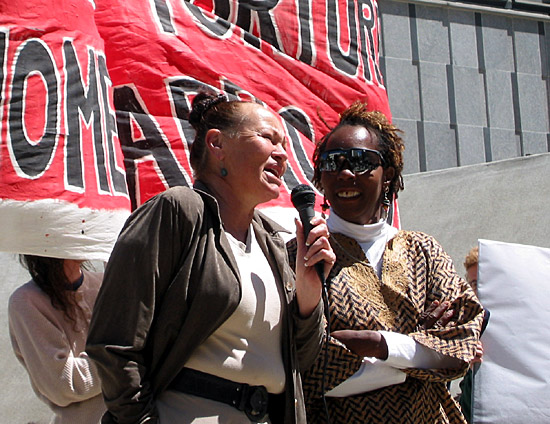 http://bayarea.notinourname.net
§Reclaim the Commons organizer Lori being arrested (view of Lori obstructed)
by Jeff Paterson, Not in Our Name (jeff [at] paterson.net) Monday Jun 7th, 2004 9:23 PM 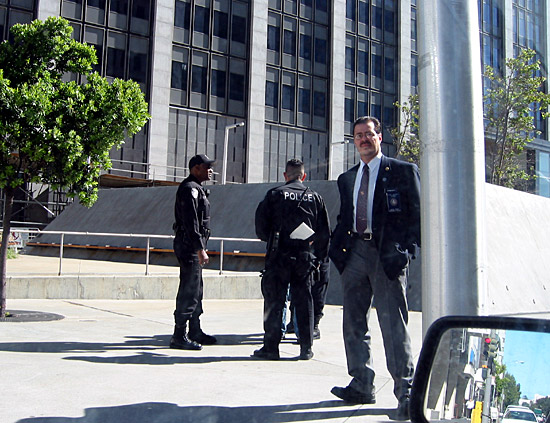 See detailed account of the incident above.
http://bayarea.notinourname.net
Add Your Comments
LATEST COMMENTS ABOUT THIS ARTICLE
Listed below are the latest comments about this post.
These comments are submitted anonymously by website visitors.