by schock and cschweid
Criminal acts in the life and times of the 40th U.S. president. 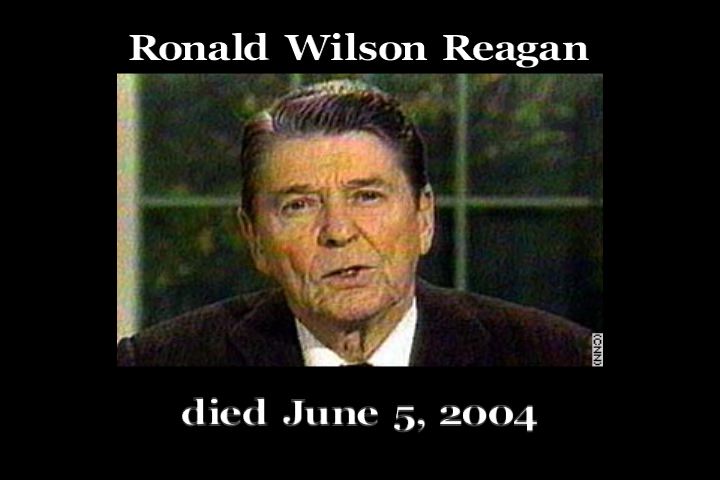 Ronald Wilson Reagan was born in Tampico, Illinois in 1911 and died quietly in his California home on June 5th, 2004, after living for several years with Alzheimer's disease. Yet it seems that Reagan's Alzheimer's was contagious. While mainstream media fall over themselves in a rush to construct a public memory of the man as a hero, the truth about the life and times of the actor/governor/president is quite different.

Reagan's support for right-wing murderers, most famously in the Iran-Contra scandal; provision of weapons and military training for murderous dictatorships in Latin America (Argentina, Guatemala, Nicaragua, Honduras, El Salvador, Panama, Grenada),Southeast Asia, the Middle East, and Africa; role in perpetuating apartheid in South Africa; unprecedented promotion of nuclear proliferation; his denial of funding for AIDS research; affront to women's rights; undercutting of environmental protections, perpetuation of racial segregation and discrimination; and gutting of social services are only a few of the events that mark the Reagan years as among the most corrupt and devastating in history. This is the Reagan that must not be forgotten.

§Reagan Tribute
by schock and cschweid
Copy the code below to embed this movie into a web page:
Download Video (2.8MB) | Embed Video
Add Your Comments
Latest Comments
Listed below are the latest comments about this post.
These comments are submitted anonymously by website visitors.
TITLE
AUTHOR
DATE
Honest Eulogy
Fez Monkey
To Forget
Homer Simpson
Did I predict Reagan's Funeral June 11th, 2004?
amsterdamn
just a note
kaos
The deification continues
A pentagon for Ronnie?
The deification continues
A pentagon for Ronnie?
1981: Reagan fired 13,000 Air Traffic Controllers
Socialist
Reagan's taxing legacy
UK Guardian
"WE begin bombing in five minutes"
Reagan the terrorist...
Deconstructing Old Teflon.
Cast Iron
Support Independent Media
We are 100% volunteer and depend on your participation to sustain our efforts!