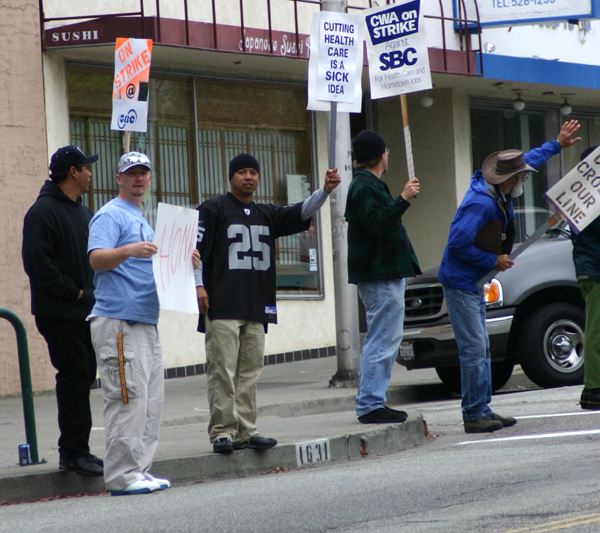 Telephone Workers at SBC have called a four-day strike beginning Friday, May 21st at 12:01am. Over 90% of the Union Workers at SBC, represented by the Communications Workers of America (CWA), voted to strike SBC if necessary. 100,000 telephone workers from over 13 states walked off the job at midnight and set up picket lines bright and early friday morning. With $8.5 billion in profits in 2003 alone, this greedy Texas corporation is attacking the very workers that made these massive profits possible. The company is seeking to shift healthcare costs similar to previous labor disputes at other major corporations such as Safeway. Massive support is developing for CWA members in light of this corporate assault. CWA is also spreading word about SBC's greed, and signing people up to prepare to switch telephone carriers if it becomes neccessary.
§Downtown Albany
by Jesse Friday May 21st, 2004 8:05 PM 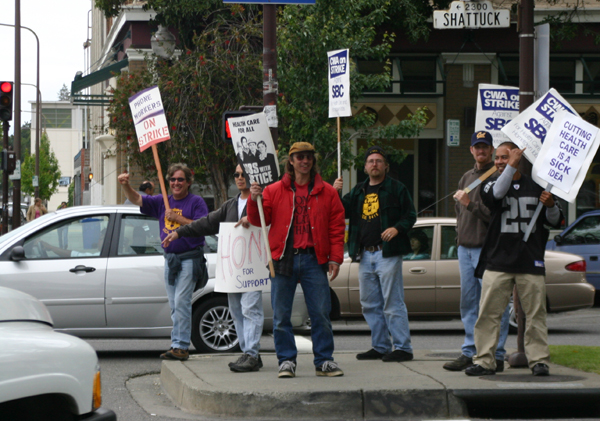 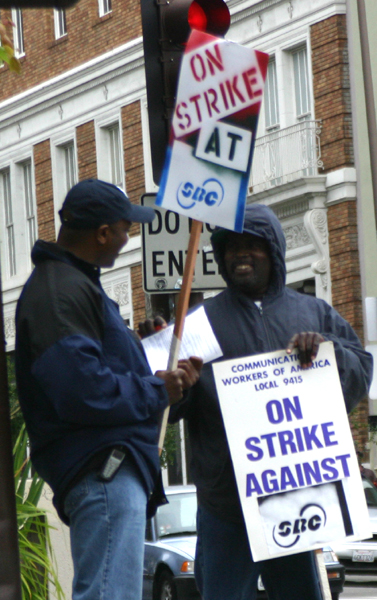 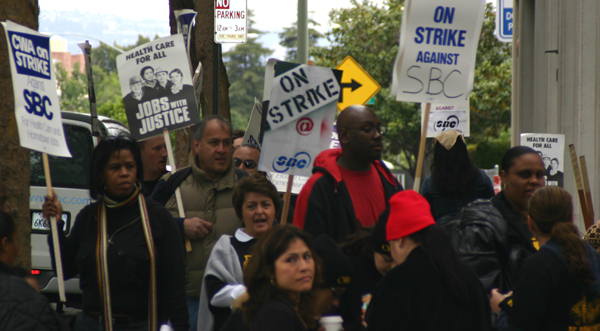