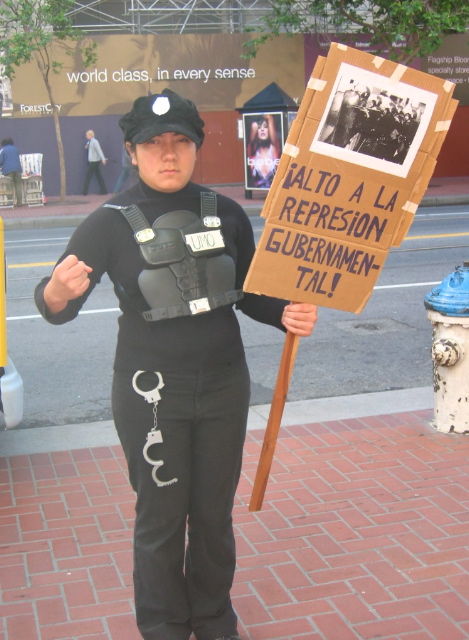 New York, NY, San Francisco, Ca. – Activists in New York and San Francisco protested in front of Salvadoran consulates today, disrupting business and presenting demands on behalf of the STISSS health care workers union of El Salvador. The rallies were organized by local chapters of the Committee In Solidarity with the People of El Salvador (CISPES) along with members of the Salvadoran American community. The actions in the US coincided with a march by the STISSS union and its supporters in San Salvador, demanding the freedom of two of their leaders who have been detained for over 2 weeks. “We are here to show our solidarity with the STISSS workers and with all Salvadorans facing increased levels of political violence and repression by their government,” said New York activist Daniella Ponet.

Ricardo Monge the head of the STISSS healthcare workers union and Javier Ayala, another union leader, were detained on April 28th during the occupation of the Metropolitan Cathedral in San Salvador. The union was protesting the illegal firings of its members, government attempts to privatize the health care system, and the presence of Salvadoran troops in Iraq. Despite the peaceful nature of the protest, riot police attacked a crowd rubber bullets and tear gas, provoking violence that led to 23 injuries, and the arrests of thirty-six more protesters and bystanders. According to STISSS Secretary of Relations Marta Ester Marín, "workers are committed to defend public health against the privatization plans of President Flores and President-elect Tony Saca. We also denounce the unjust detention of our leaders Monge and Ayala, given that a judge has already exonerated them of charges."

The demonstrations at the Salvadoran consulates on Thursday temporarily blocked the entrances while activists performed street theater reenacting the repression of workers. Holding signs that read “Free Ricardo Monge and Javier Ayala”, and “Stop police repression in El Salvador”, the protesters demanded to see the consular general. Said Ponet, "we are here to convey the demands of the STISSS: that the Salvadoran government release Monge, Ayala and all political prisoners, rehire the 158 fired STISSS workers, and end attempts at privatizing health care in El Salvador."

Last week, a judge in San Salvador dismissed most of the charges against the detainees, saying that their arrest was what led to the violence on the streets. Yet the Attorney General refused back down, and has yet to release Monge and Ayala. “The government is accusing the union leaders of being terrorists,” explained Roberto Guzmán, a Salvadoran living in the US, “when all they are doing is fighting for their rights. Workers in El Salvador should have the right to organize without risking arrest and being charged with terrorism!”

The Attorney General had sought to charge Monge and Ayala with "acts of terrorism", calling Monge the intellectual author of the street violence. Angered by the judge's decision to drop those charges, the ARENA government is creating a new “Anti-Disturbances” law that would outlaw the blocking of streets and make it easier to prosecute activists arrested during protests. “The ARENA government responds to dissent with intense police repression and unconstitutional laws, and this must stop," said STISSS leader Marín.

The ruling ARENA party recently won a fourth term in office and has taken it as an opportunity to declare war on the unions that supported the FMLN left opposition party during the elections. “There is no question that what is going on here is political,” said Guzmán. "The right-wing government is trying to intimidate the labor movement by making an example of a well-know leader like Ricardo Monge.” The STISSS is one of the most militant unions in El Salvador, and has been outspoken in opposition to the proposed US-Central American Free Trade Agreement (CAFTA).

Salvadoran-American Gilberto Soto, a New York representative of the International Brotherhood of Teamsters, added, "we are outraged by what is going on in El Salvador and are proud to stand in solidarity with our union brothers and sisters in the struggle for justice!”

Said San Francisco activist Melanie Pilbin, "A year ago, we shut down the Salvadoran Consulates in San Francisco and New York in solidarity with the workers who were on strike to stop government attempts at privatizing the Salvadoran health care system. We’re here again today to send the same message to the people of El Salvador: Your struggle is our struggle. Access to free health care is a universal human right. We will not allow the Salvadoran or the US government force the privatization of essential services through trade agreements like CAFTA that put corporate interests before the needs of the people. Together, we will win." 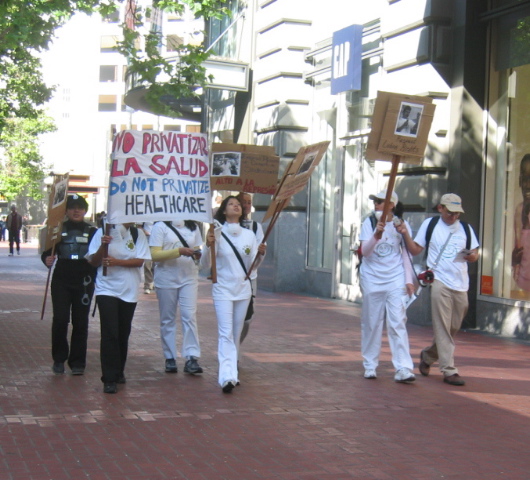 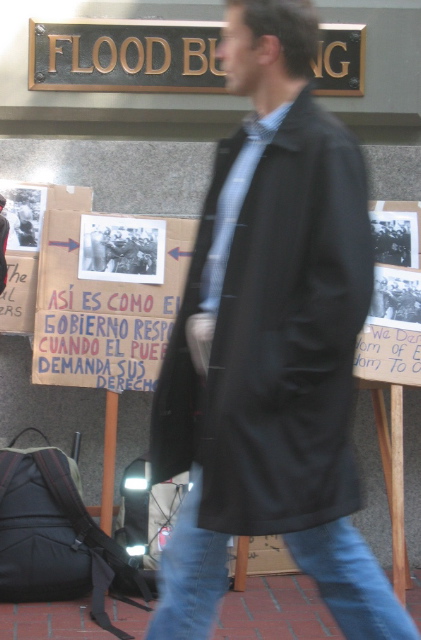 "This is how the government responds when people demand their rights"
http://www.cispes.org
§No to the Privatization of Health Care
by Bay Area CISPES (ba-cispes [at] prodigy.net) Thursday May 13th, 2004 2:13 PM 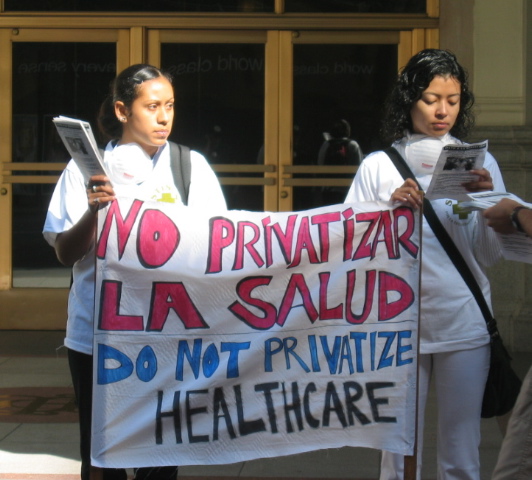 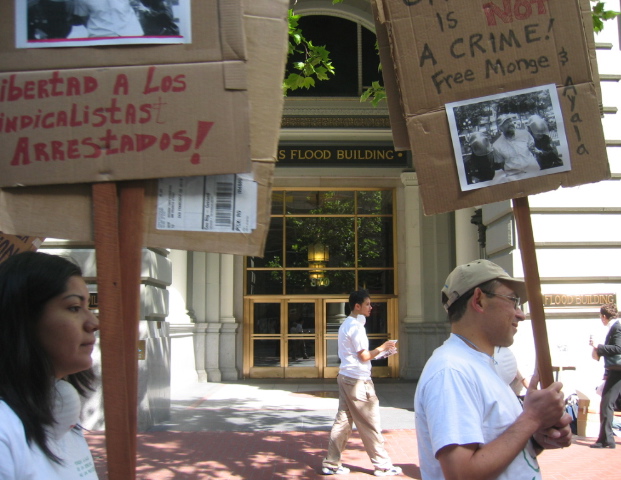 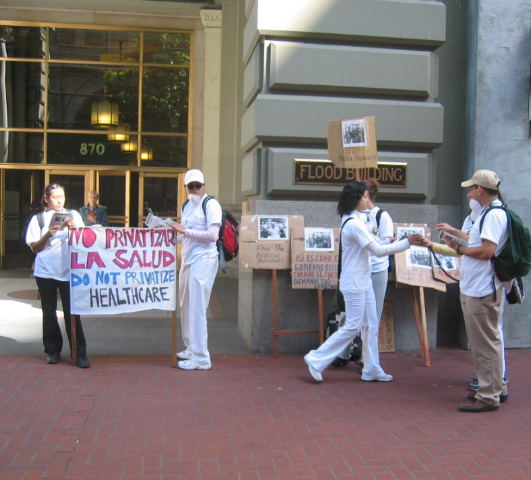 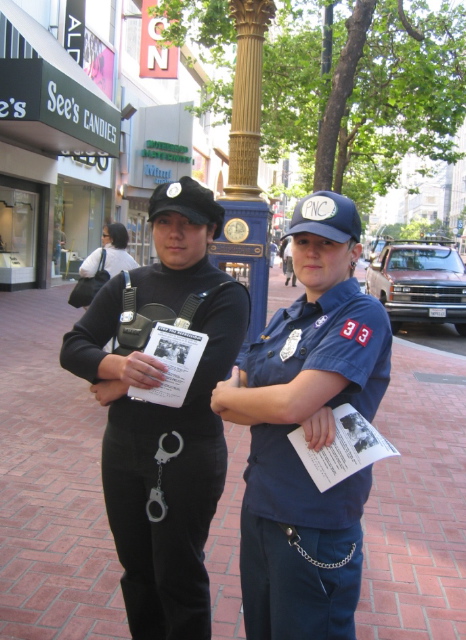 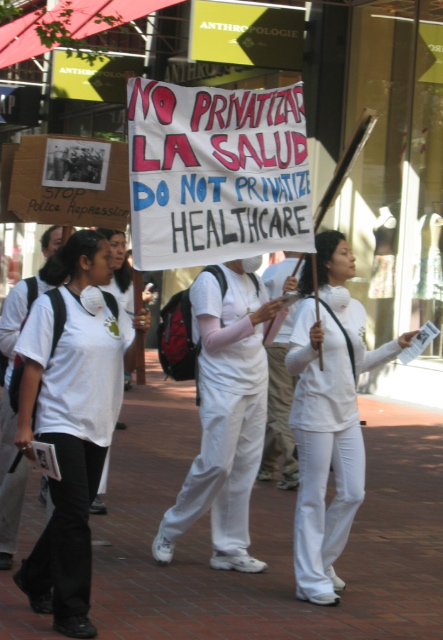 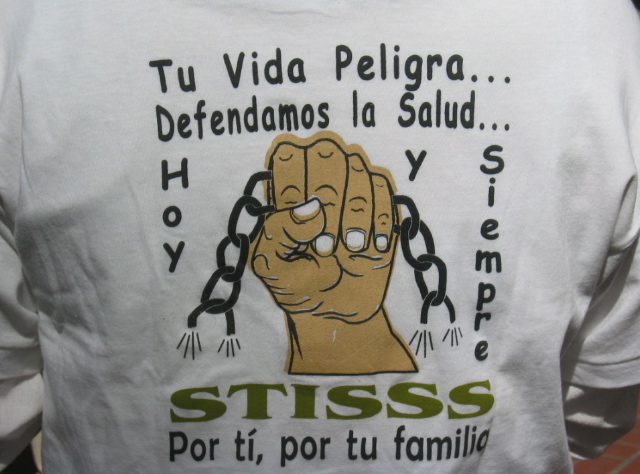 http://www.cispes.org
Add Your Comments
Support Independent Media
We are 100% volunteer and depend on your participation to sustain our efforts!