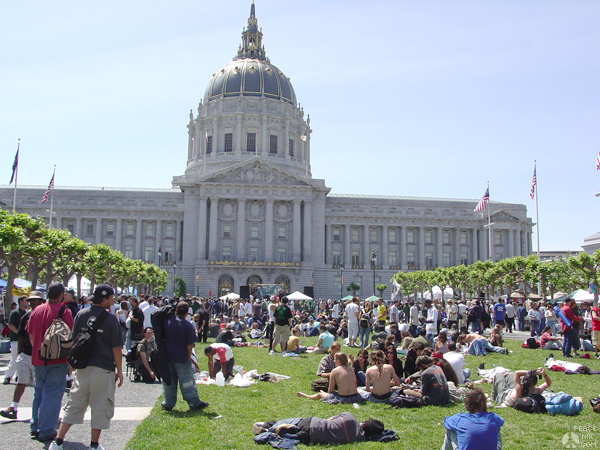 As a pleasant respite from the turbulence of recent times, on a beautiful Saturday afternoon, and with no cops in site (save for the ones flanking the Days Of Mourning And Resistance Against the U.S. Occupation of Iraq march which circled the plaza at one point), the smell in the air was sweet and refreshing.

The crowd and the entertainment was diverse and various organizations set up booths to promote medical marijuana, the end of marijuana prohibition for adults, and the rights of sex workers.

All in all, a relaxing and refreshing afternoon building momentum for the Million Marijuana March in May 2005. 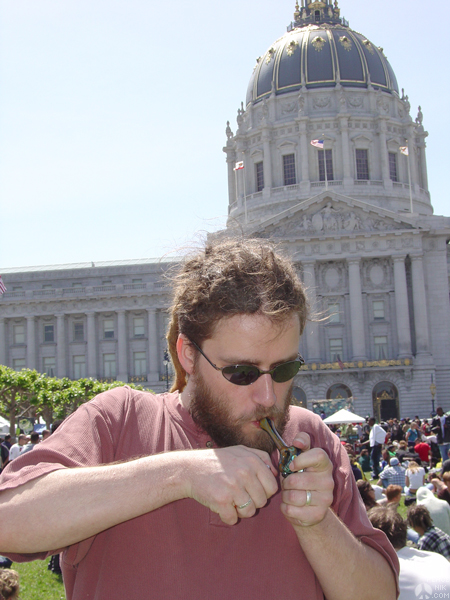 As the organizers wanted, there were no problems between non-existent police and/or participants...

Event Guidelines
Although the SFPD will not be citing people for cannabis use or possession does not mean the rules of polite society do not apply nor grant you the right to behave like a fool. Please respect your fellow attendees and vendors. We hope to present another event in 2005. 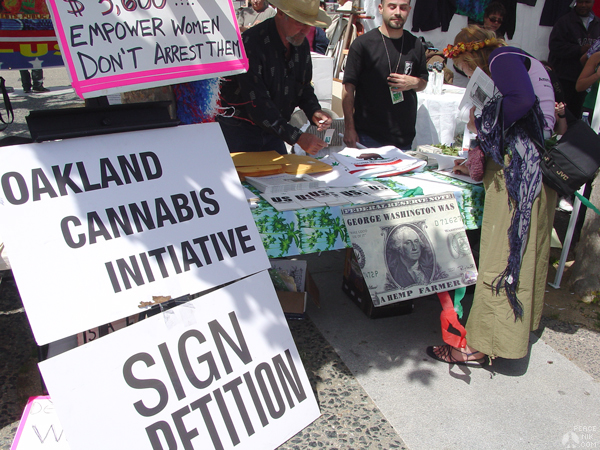 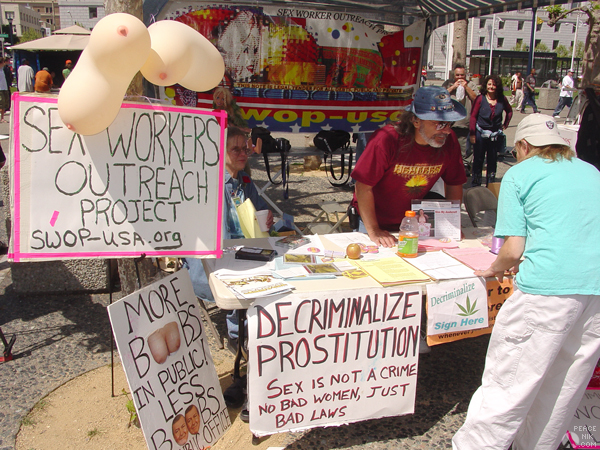 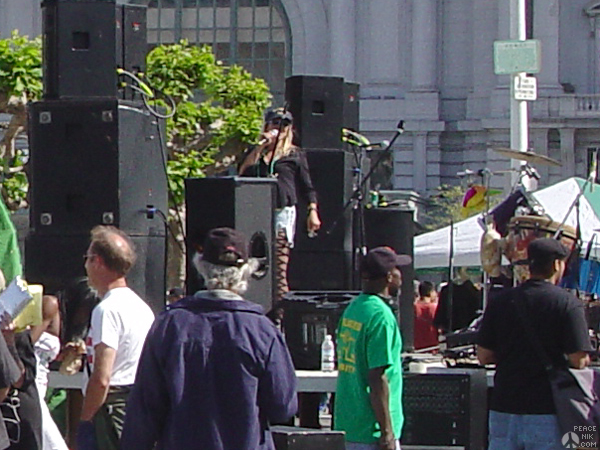 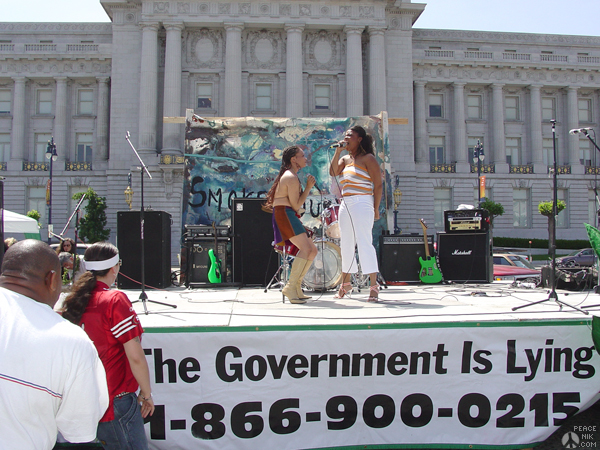 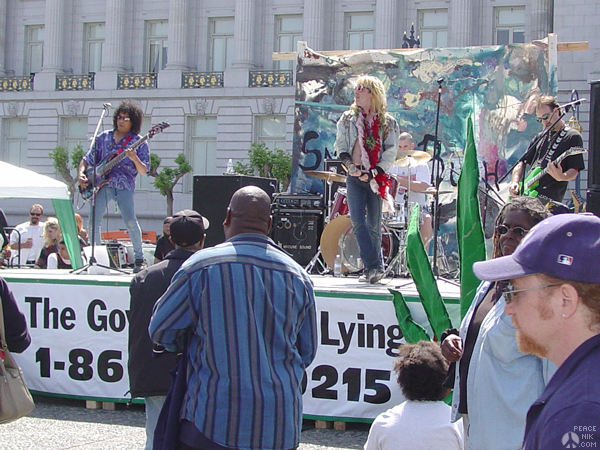 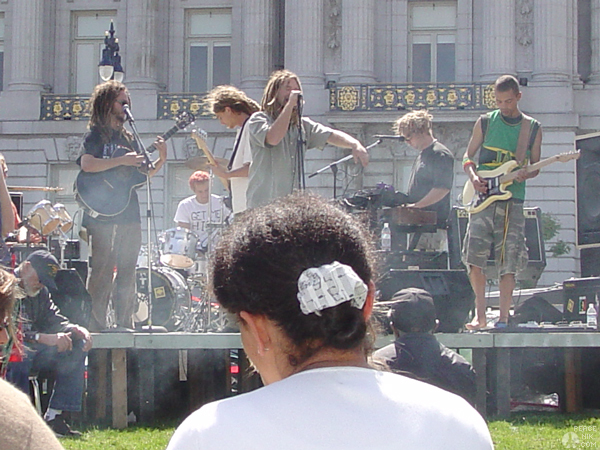 http://www.vegitationmusic.com/
Add Your Comments
LATEST COMMENTS ABOUT THIS ARTICLE
Listed below are the latest comments about this post.
These comments are submitted anonymously by website visitors.