Add an Event
Newswire
Calendar
Features
Home
Donate
From the Open-Publishing Calendar
From the Open-Publishing Newswire
Indybay Feature
Publish to Newswire
Add an Event
Related Categories: San Francisco | Police State & Prisons
Pictures Of Police Arresting Protester Near The End Of SF May Day March
by Z
Saturday May 1st, 2004 7:21 PM
Police grabbed a woman out of the crowd, and threw her on the sidewalk near the end of the "out of the cubicles and into the streets" May Day march. Here are some pictures of the police who took part in the arrest. 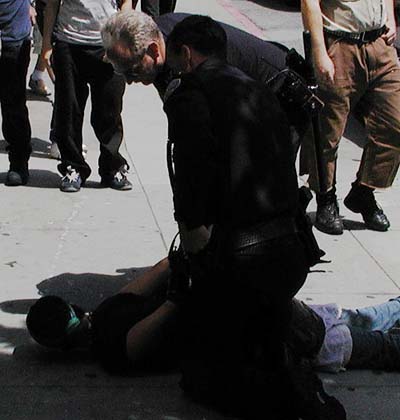 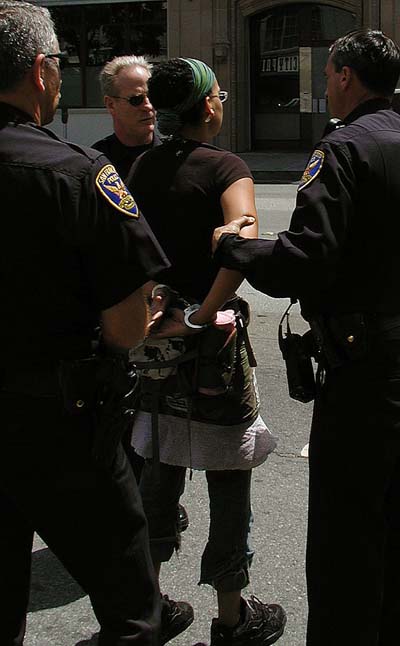 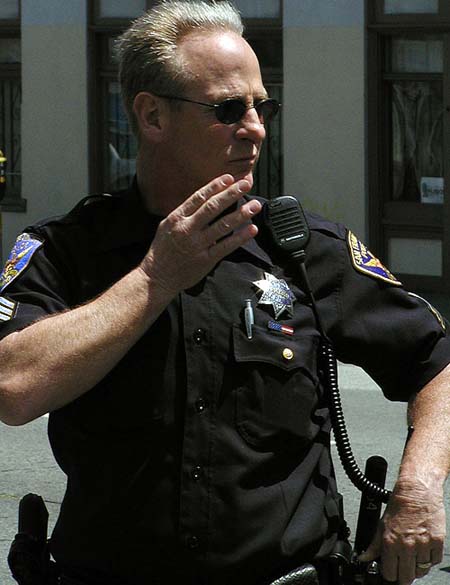 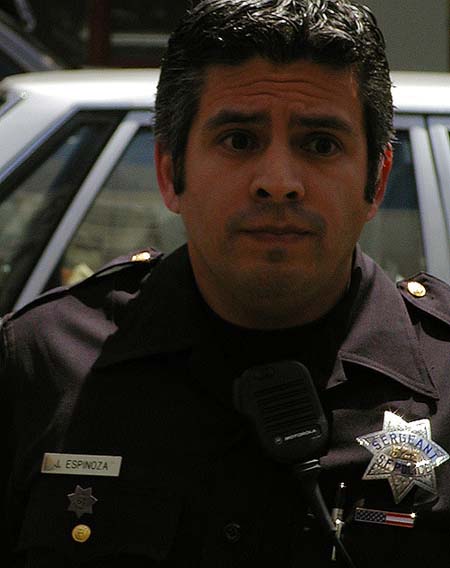 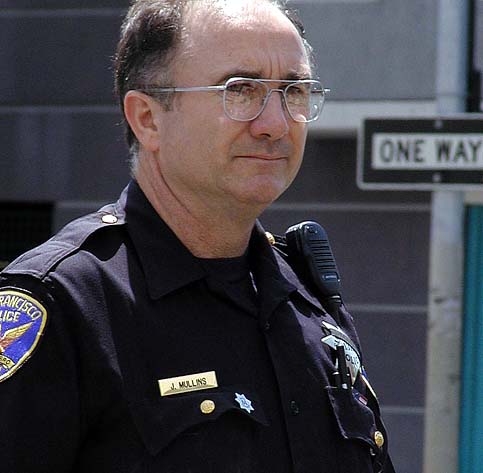 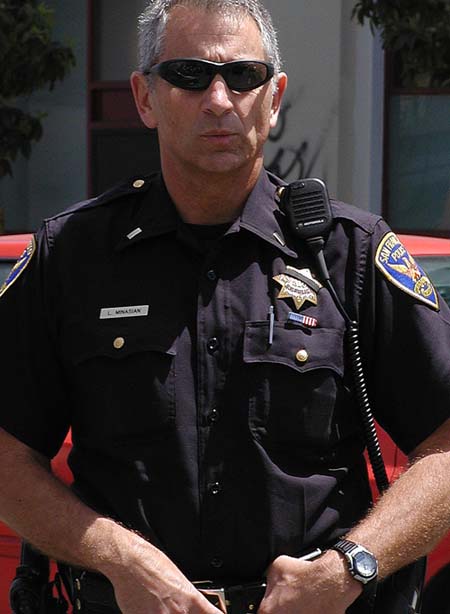 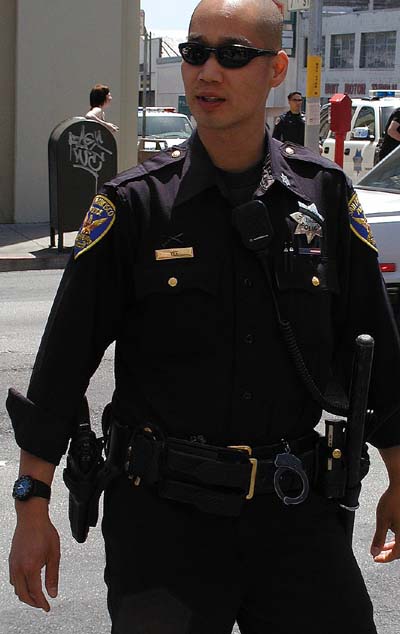 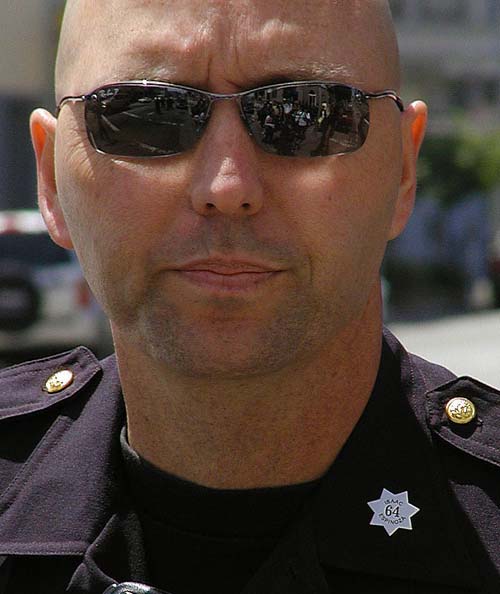 §pictures don't show anything
by brother d-day
Sunday May 2nd, 2004 5:08 PM
if she didn't break a law, she wouldn't have been arrested
Add a Comment
§Dancing Is a Crime
by explodinghearts
Sunday May 2nd, 2004 8:11 PM
Of course dancing in the street is a crime. Anyone who dares show defiance outside of the prison complex in which we call the SIDE-walk should and will be arrested.

Never.. ever.. dance in the street. It is after all, a. Serious. Crime.

The FBI has even labeled a group called Reclaim the Streets "terrorists." And what do the members of Reclaim the Streets do to deserve this? Do they take hostages? Do they blow up buildings? Do they burn babies alive on TV like the FBI does? Not even. They dance in the streets, without permission from the government. That's all, just dance.

Perhaps, technically at least, they are breaking the law: They're jaywalkers. They jaywalk with a little more style than most people, perhaps. But are they terrorists? Hardly. Terrorists are violent people, at least as violent as the FBI. Reclaim the Streets are not violent people at all. They are anarchist performance artists. Jaywalking is their genre.

But by calling them "terrorists," the FBI gets to investigate them, their friends, their families, their neighbors, and the people with whom they work. Thanks to Carnivore and Echelon, the FBI and its clones around the world also get to track who reads about them on the Internet. Your shoulder is being read over at this very minute, just because you are reading about "terrorists." That's how much the new world order fears violence.

yes they do
Add a Comment
Support Independent Media
We are 100% volunteer and depend on your participation to sustain our efforts!