Add an Event
Newswire
Calendar
Features
Home
Donate
From the Open-Publishing Calendar
From the Open-Publishing Newswire
Indybay Feature
Publish to Newswire
Add an Event
Related Categories: East Bay | Arts + Action
People's Park 35th Anniversary Faire
by Z
Sunday Apr 25th, 2004 6:38 PM
Hundreds gathered in People's Park in Berkeley to celebrate its 35th anniversary. Bands played on stage, a skate park was set up with many different ramps, and there was even a carousel made out of bicycle parts. 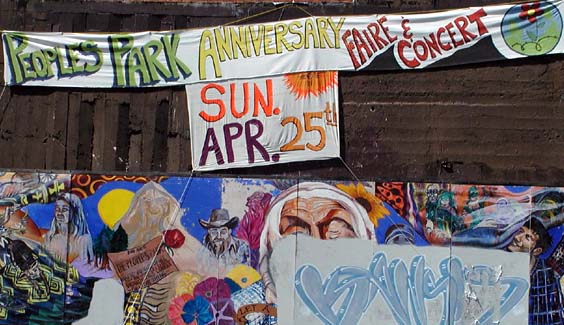 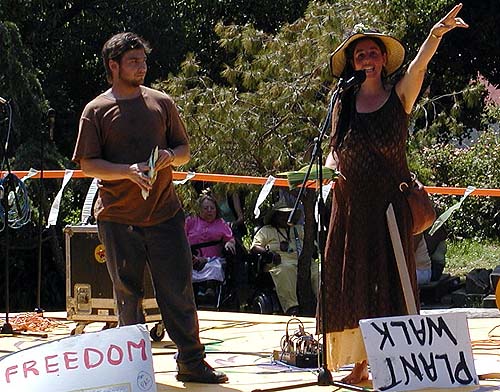 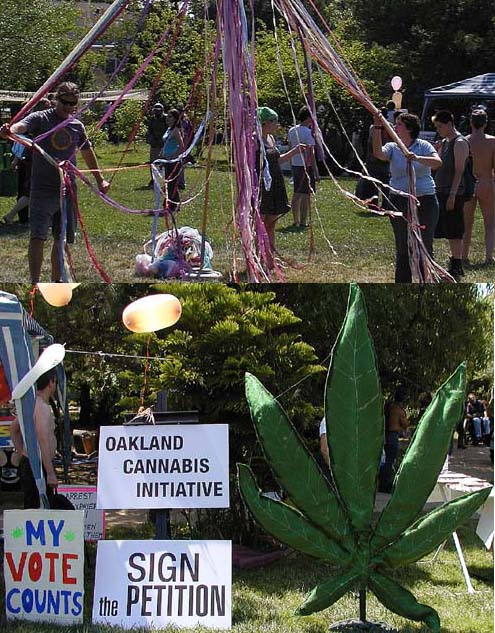 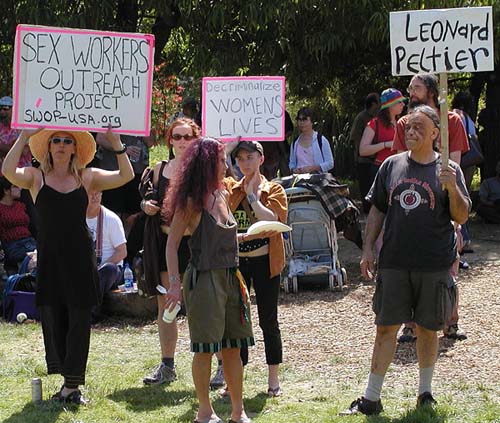 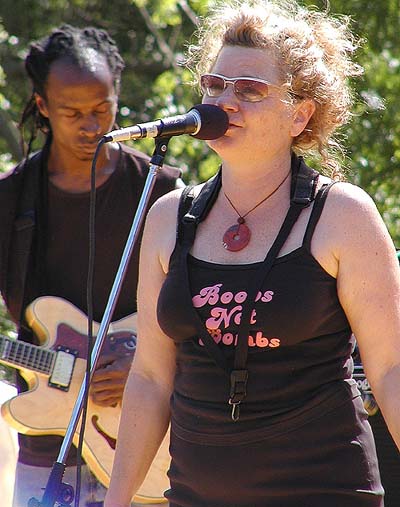 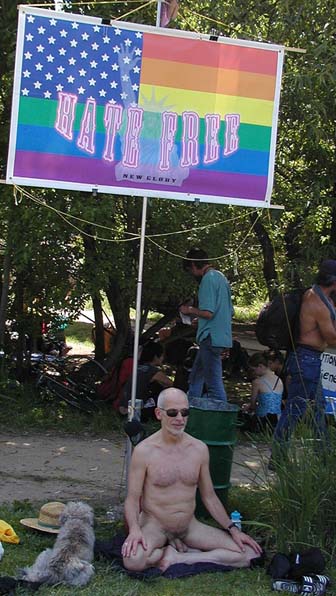 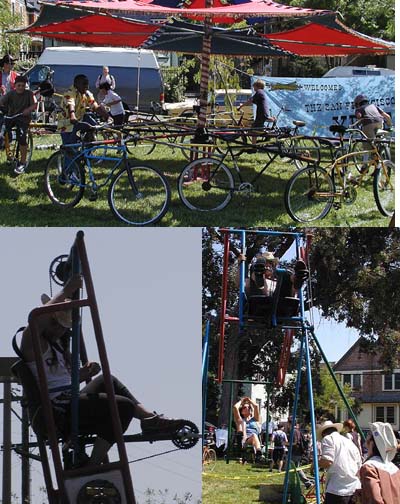 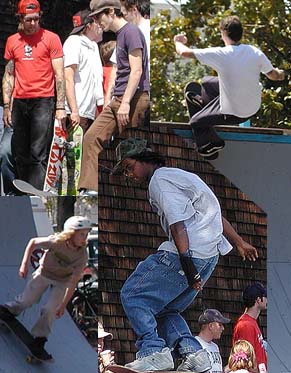 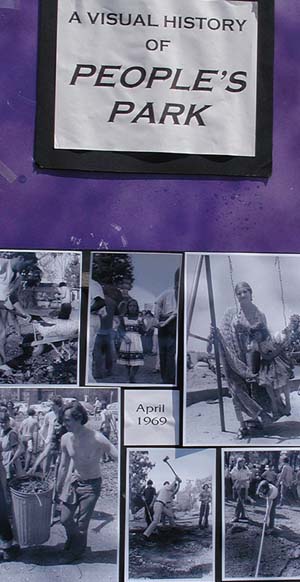 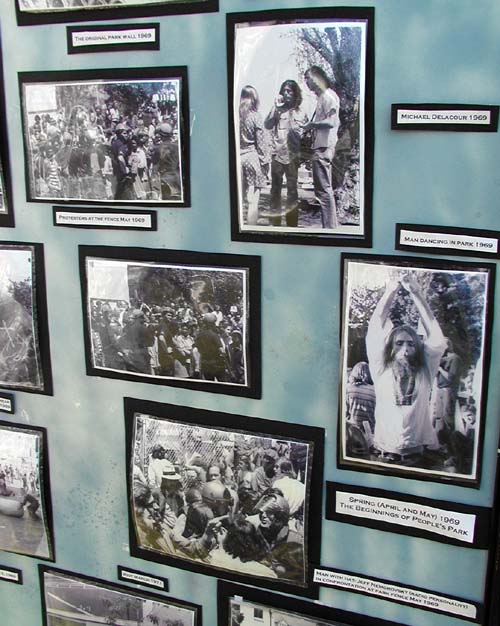 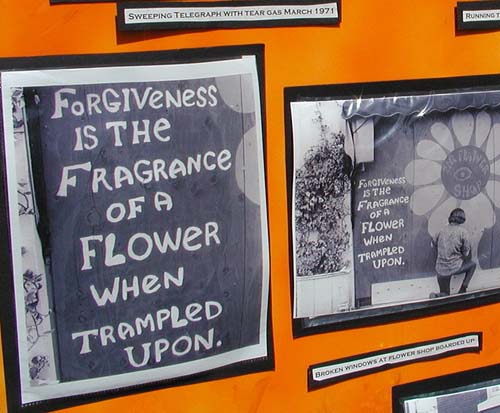 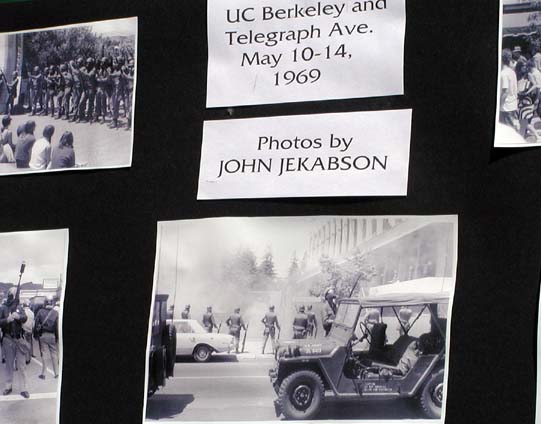 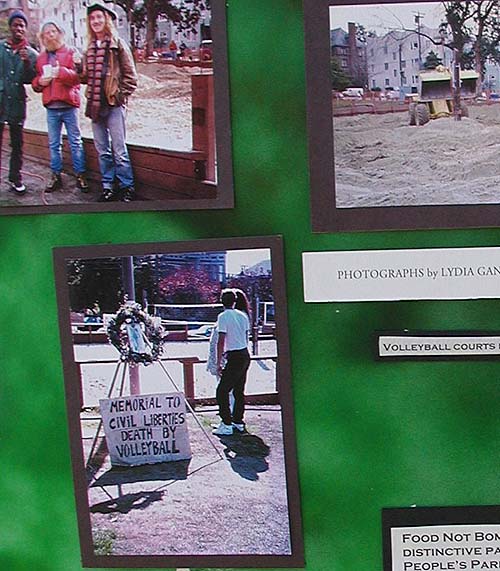 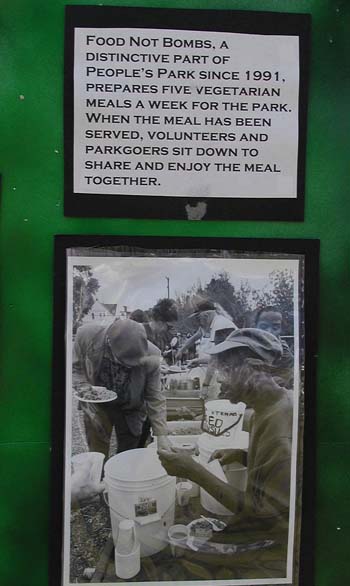 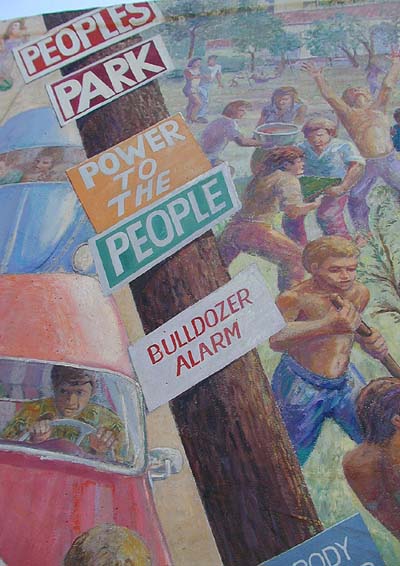 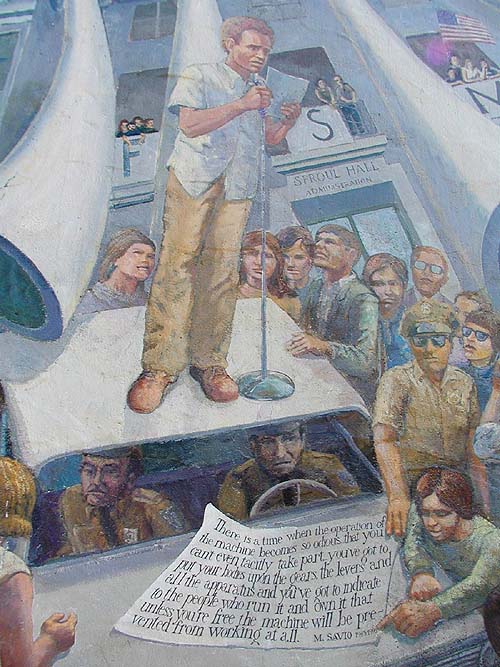 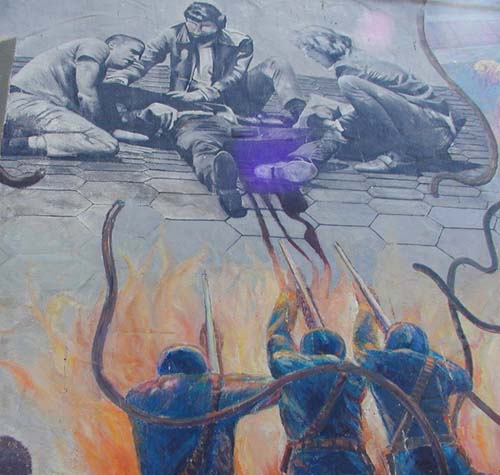 In the case of the late James Rector, the man who was shot on a rooftop while he watched the action below on Telegraph Avenue, the buckshot did massive damage to his lower vital organs as it passed all the way up through his body to penetrate his heart. He had undergone surgery at Herrick Memorial Hospital to remove his spleen, a kidney and part of his pancreas. But the three marble-sized shot which tore all the way into his chest cavity killed him.

Jim Rector had been up to Berkeley a few times to help work on the People's Park. He lived in San lose, 50 miles to the south, but had friends in Berkeley. On Thursday, the day the sheriff's men started blasting away with their shotguns (leaving one onlooker very likely blinded for life and many others wounded-the San Francisco Chronicle carried a photo of an officer firing his shotgun at a young man who is running away with his back turned),
Rector, along with many others, had scrambled up to the rooftop to get out of the line of fire and the tear gas.

Someone on another rooftop, two buildings away, had thrown a brick. And all of a sudden, Rector told his mother at the hospital a few hours before his death, he saw an officer with a shotgun pointed at him. "Jim said," his mother recounts, "that he couldn't believe it was pointed at him. They hadn't done anything, thrown anything - there wasn't anything on the roof to throw. Then he said he heard a fusillade of bullets turned sideways, and got caught in the back with the slugs."

A friend grabbed him to keep him from falling off the slanted roof. For awhile, according to another person on the same roof, a girl who works as cashier at the Cinema, they were pinned down by tear gas, and unable to carry sheets and blankets out to the wounded man, who was, by this time, bleeding profusely.
Finally, after long minutes, police came up to the roof. They asked what Rector and his friend were doing there. His friend explained they'd just been watching, and that Rector was badly injured and in need of help. The cops departed without either giving any aid or sending for any. Recollections vary but it took something between 25 minutes and an hour for an ambulance to arrive. And it came from San Leandro, about 25 miles away. When the medics got to Rector he was at zero blood pressure.

The 25-year-old with the Zapata mustache lived through the weekend, recovered enough to talk, then died at 10:25 Monday evening.
At mid-afternoon on Thursday, Governor Ronald Reagan called in 2000 troops of the National Guard, and as police squad cars smoldered (having earlier been torched) and the cry of "We want the park! We want the park!" filled the air, they advanced in their flak suits to sweep the parks, bayonets fixed. The early evening stung with shots and shouts, sirens, shattering glass, and, against this rising crescendo, the cries of the injured, 25 police among them.

http://www.beauty-reality.com/peoplespark3.html
Add Your Comments
Support Independent Media
We are 100% volunteer and depend on your participation to sustain our efforts!