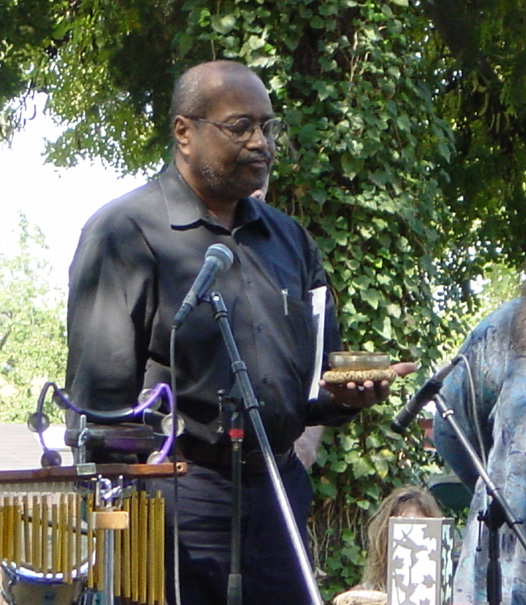 ** Green Values and the African-American Community **
April 17th at 7:00pm

* Donna Warren is a former Green Party candidate for California
Lieutenant Governor, and a candidate for LA Community College
District. She is currently the representative for Los Angeles radio
KPFK to the Pacifica Broadcast Network's national board. Ms. Warren
has worked with Mothers Reclaiming Our Children, and was the lead
plaintiff for the Crack the CIA Coalition, suing the CIA for
introducing crack cocaine into South Central LA. She has worked with
the Coalition for Educational Justice, the LA Unemployed Council,
the Bus Riders Union, Families to Amend California's Three Strikes
(FACTS)and the South Central Coalition, among many others.
Ms. Warren is a Certified Government Financial Manager.

* Henry Clark, is Executive Director of the West County Toxics
Coalition. Dr. Clark is an expert in community organizing, conflict
resolution and problem solving, as well as in social justice issues
and the impact of environmental pollution on low income communities.
He has received numerous awards for his work locally. Dr. Clark is
a board member of the National Black Environmental Justice Network,
the North Richmond Center for Health, and the Contra Costa County
Hazardous Material Commission, and other organizations.

* Wilson Riles served on the Oakland City Council for 16 years, and
has been a candidate for Mayor of Oakland. He is former Regional
Director of the American Friends Service Committee, and worked for
both Congressman Ron Dellums and Supervisor John George.

Light refreshments will be provided. Admission is free.

http://www.cagreens.org/alameda/county/abo...
Add Your Comments
Support Independent Media
We are 100% volunteer and depend on your participation to sustain our efforts!