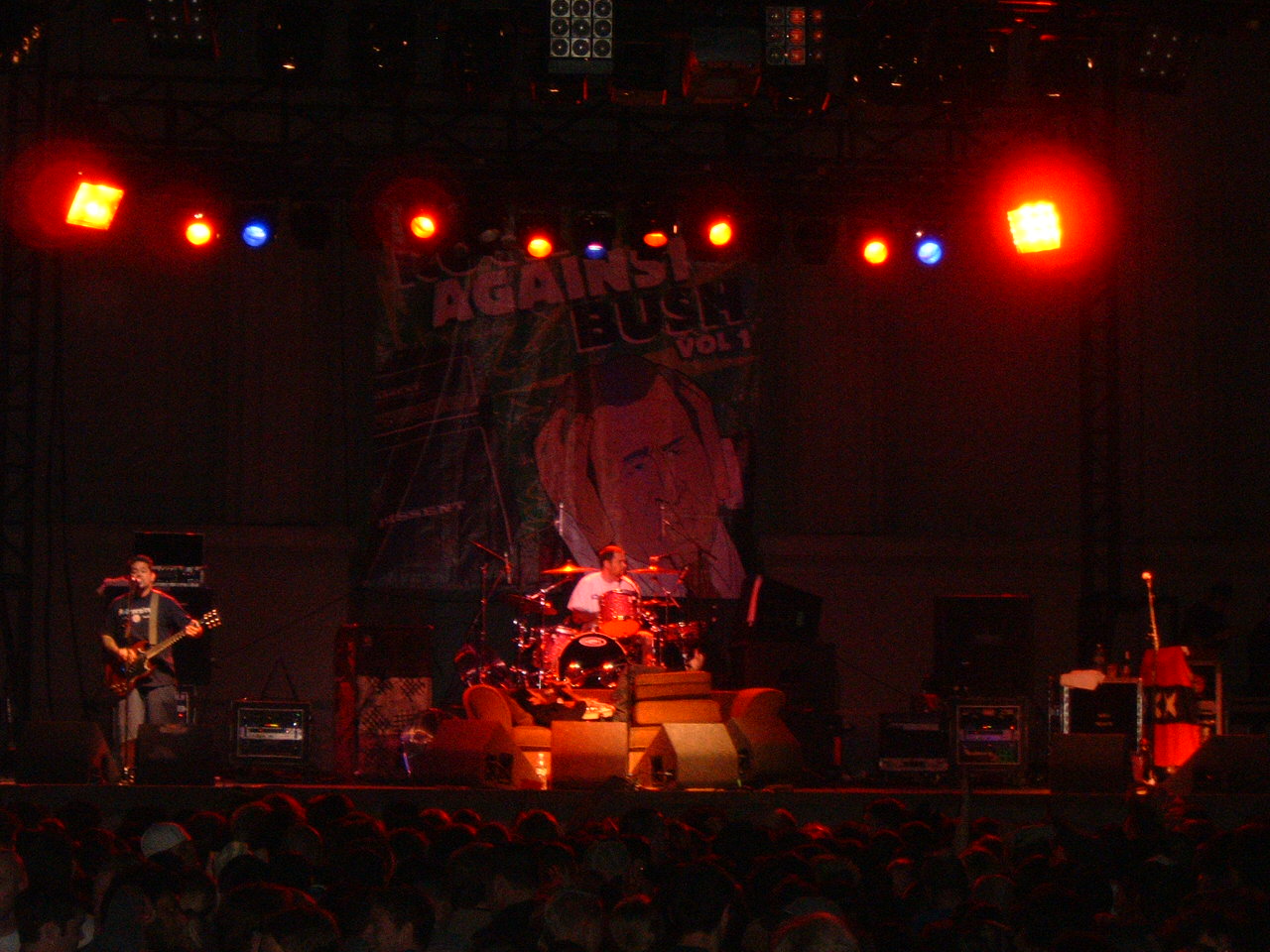 Promoting Fat Mike's Punk Voter project and upcoming Rock Against Bush compilation on Fat Wreck Chords, NOFX, Alkaline Trio and Authority Zero played a benefit that also featured a fiery spiel from Jello Biafra. NOFX played "Murder the Government," "Kill All the White Men," an ode to Bush called "Idiot Son of an Asshole," and plenty of their stupider songs...Hey, at least their trying. Check out Enemy Combatant Radio later this week for the audio of Jello's tirade against the Gulf War, globalization, voter apathy and his ex-cohorts, The Dead Kennedys.
§El Jefe vs. El President
by Liam O'Donoghue (liambodonoghue [at] yahoo.com) Sunday Apr 4th, 2004 1:01 AM 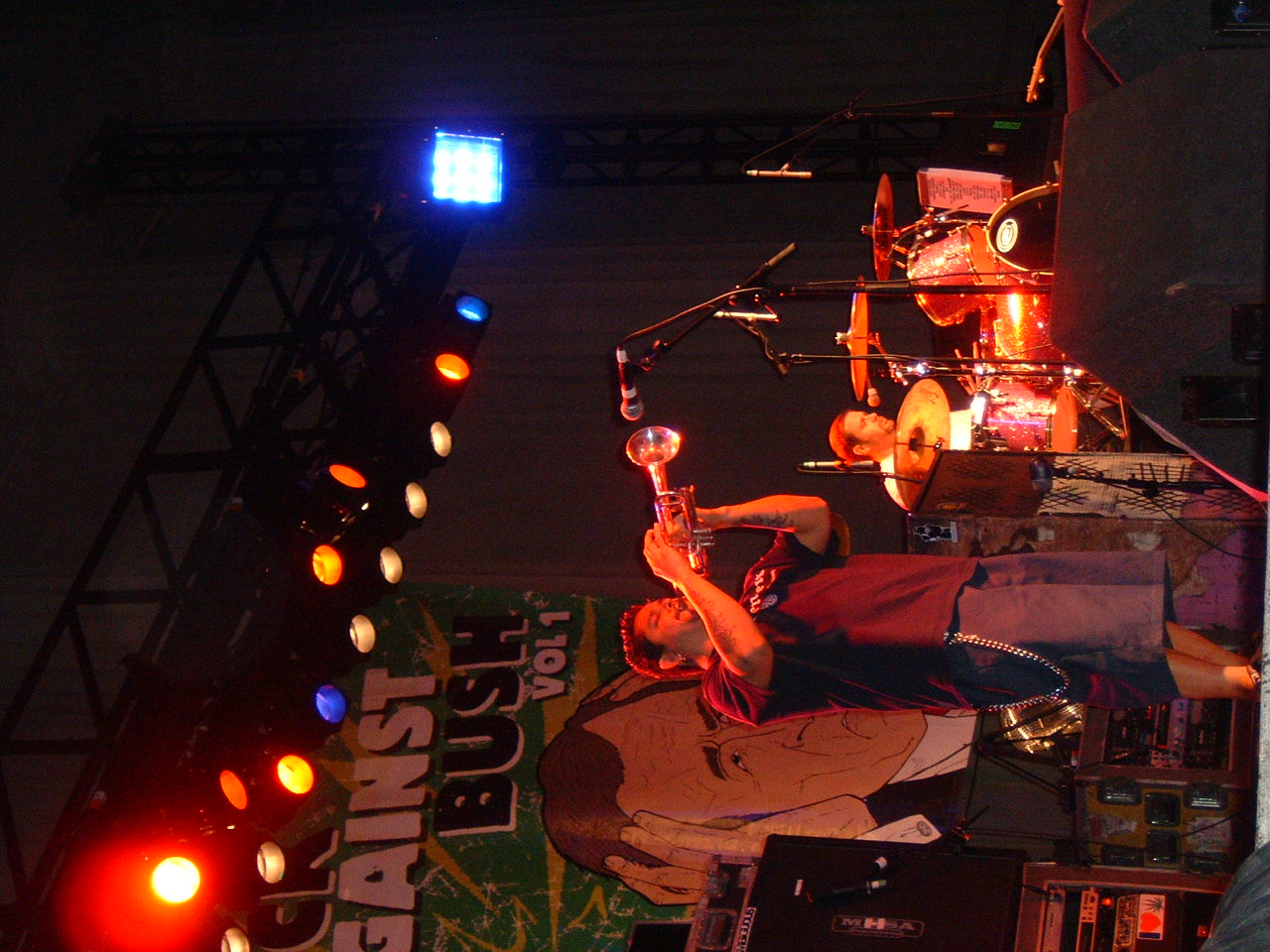 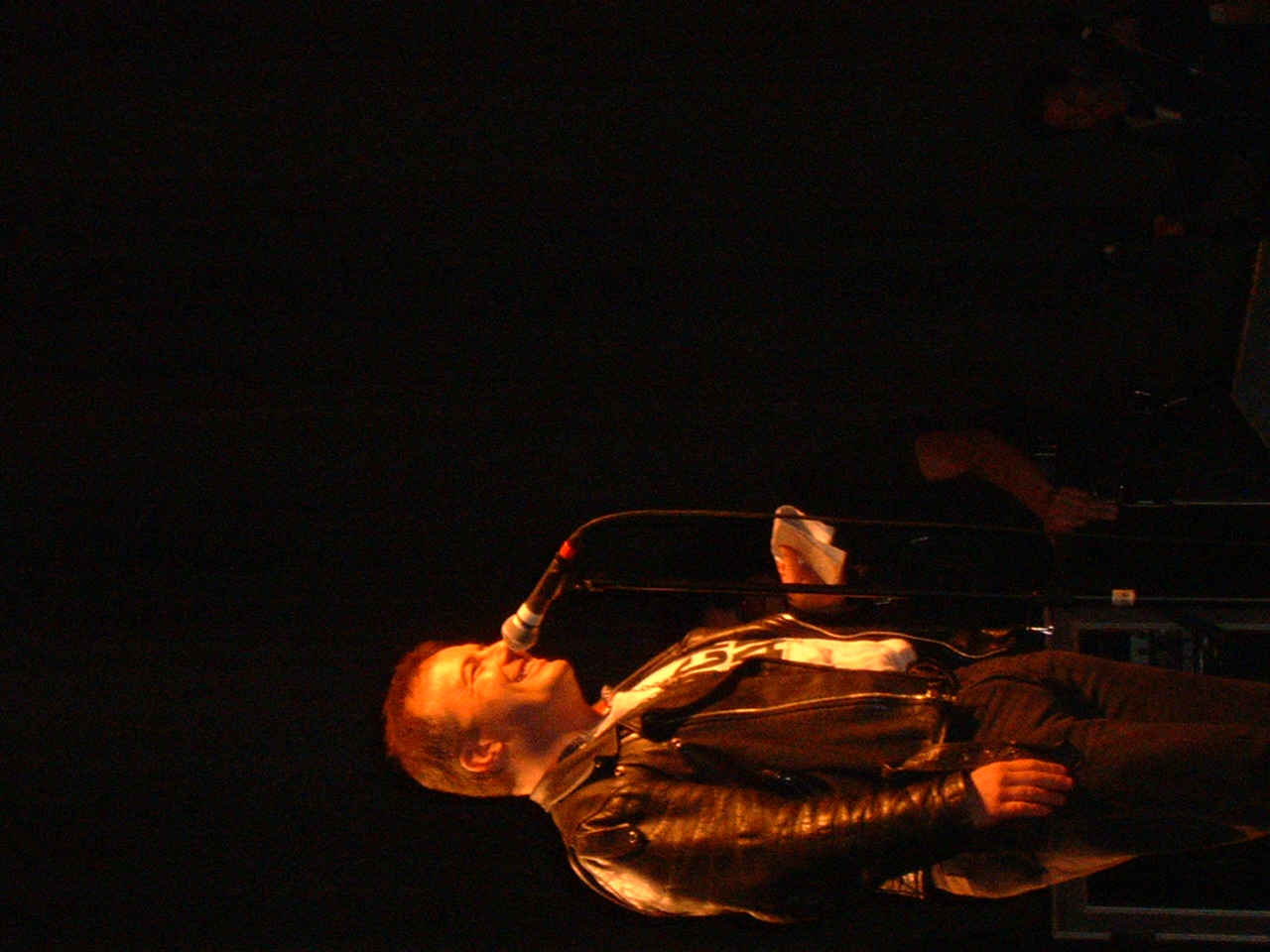 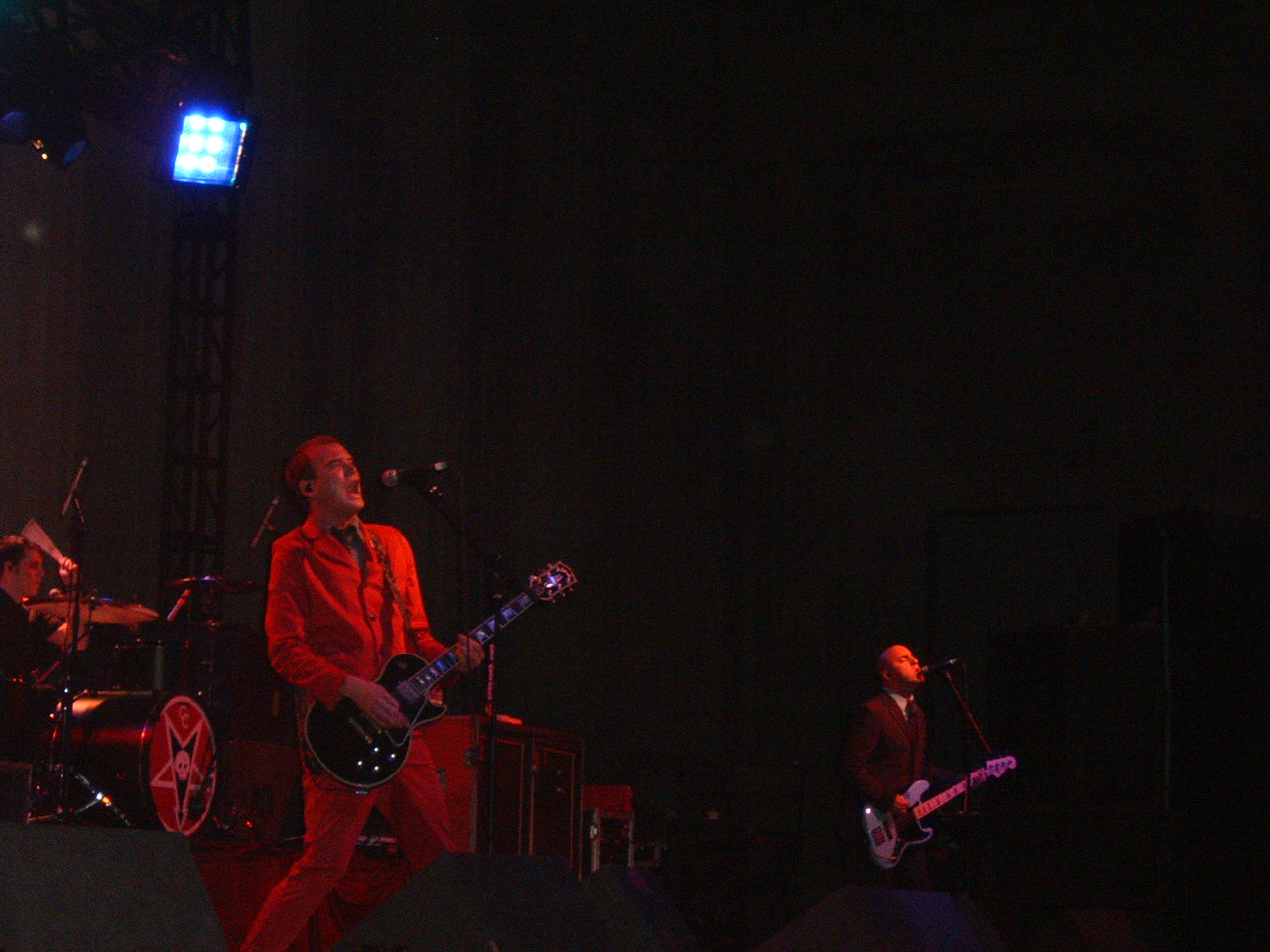 §multiple thousands
by Liam
Sunday Apr 4th, 2004 1:05 AM
Oops, I meant to say that the concert drew thousands, not just one thousand, I'm guessing there was about 3000 at the show.
Add a Comment
§Punk is dead
by Anarcho
Monday Apr 5th, 2004 9:38 AM
Looks like punk has joined rock-n-roll in being totally coopted by the system. I can't wait to start hearing punk tunes being used on TV to sell products. Punk used to be about being against the system. Now it's just another musical genre, with Jello Biafra being the leader of the sell outs.

Choose and lose in November.
Add a Comment
§hello?
by tv jingle
Monday Apr 5th, 2004 10:19 AM
punk has been used for DECADES to sell products. The sex pistols, for example, were !conceived! as a marketing gimmick for a fashion boutique in London. the endless parade of punk sellouts has been pretty consistent, especially since the early 1990s... So you need to spread the outrage a little thicker here... Anyway, its clear that while punk is something of a subculture, by no means does it have a revolutionary consensus.
Add a Comment
Support Independent Media
We are 100% volunteer and depend on your participation to sustain our efforts!