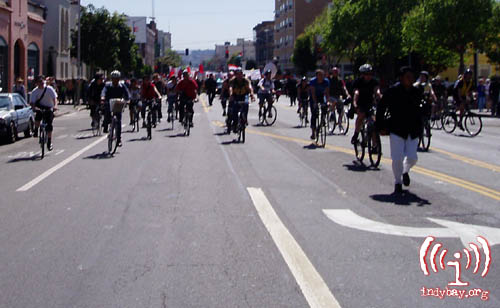 On March 20th, an ad-hoc call out was given to protesters in the large answer march to breakaway with their bikes and join a Bikes Not Bombs action. We started out at 16th and Mission and road around most of the city going up Van Ness, Market, Noe, etc. Bikes encountered support, honks and thumbs up from drivers and occassionaly came accross irrate drivers.

We ended the first round of Bikes Not Bombs at Civic center while the Answer march was still winding its way into the area. Another ad hoc call out was decided upon where the Bikes Not Bombs contigent grew to around 30-40 bikes.

We proceeded to go down Market and turn around in order to give support to the Breakaway march. Some folks decided to stay with the breakaway, while other went on to continue the Bikes Not Bombs contingent the rest of the day.
http://www.bikesnotbombs.net/
§Shutting down Market
by JankyHellface (jankyhellface [at] nym.hush.com) Tuesday Mar 23rd, 2004 10:34 AM 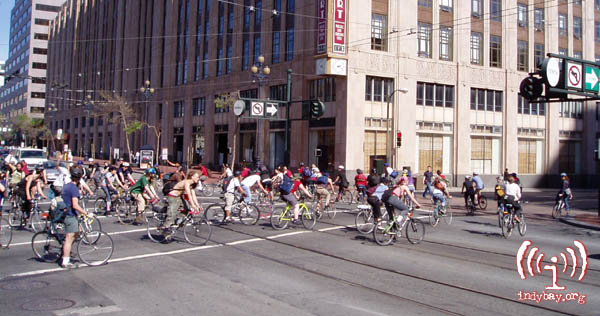 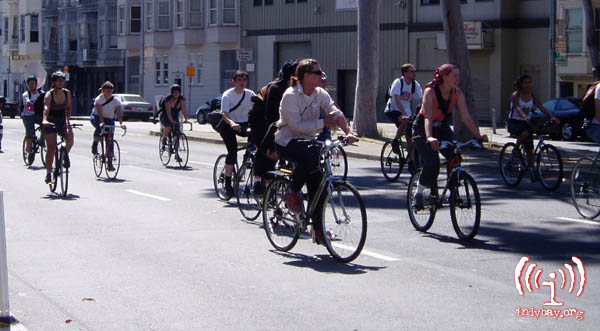 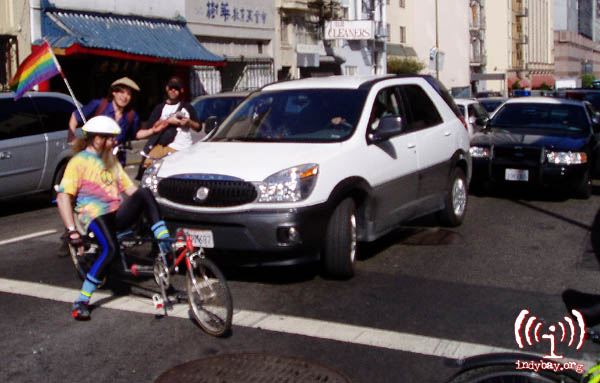 http://www.bikesnotbombs.net/
Add Your Comments
Support Independent Media
We are 100% volunteer and depend on your participation to sustain our efforts!