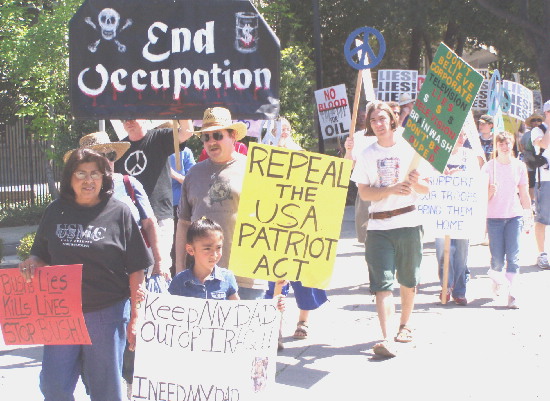 Ken Hudson, Peace Fresno secretary and a key organizer of today’s event, was arrested at the Global Day of Action march and rally in Fresno. Fresno County Sheriffs arrested Hudson as he showed them the permit Peace Fresno had attained for the rally. The following account of what happened is compiled from numerous eyewitnesses to the event: A man, Peace Fresno activists identified as being associated with the Free Republic, made a citizens complaint to a Sheriff’s deputy. A Sheriff arrived to investigate the complaint and talked to Ken. As Ken held a copy of the permit for the officer to see he was told to leave. Ken continued holding the permit for the officer to see and he stepped back three steps. The Sheriff then called to his partner to arrest Hudson and they proceeded to put him into a police car. As the crowd of over 100 chanted "this is what democracy looks like," Ken was driven away.

I spoke with the arresting officer shortly after the incident. Deputy Garringer (badge number 1652) told me that Ken had refused to leave the area when requested. Ken was taken to the Sheriffs department for booking, followed by several attorneys who attended the rally. He is expected to be cited out and more details will be posted when available.

The march, which started at the downtown Fresno Federal Building, included about 200 people. Peace Fresno president Genie Baranoff said that "our main message here today is simple - bring the troops home now! We must bring home the troops and stop the US’s colonial empire building. This administrations power grab around the world is demeaning to the tenets of democracy and freedom.

The march proceeded to courthouse park where they were joined by more anti-war activists and the unfolding scene of Ken’s arrest. An update will be posted as soon as more information is available. 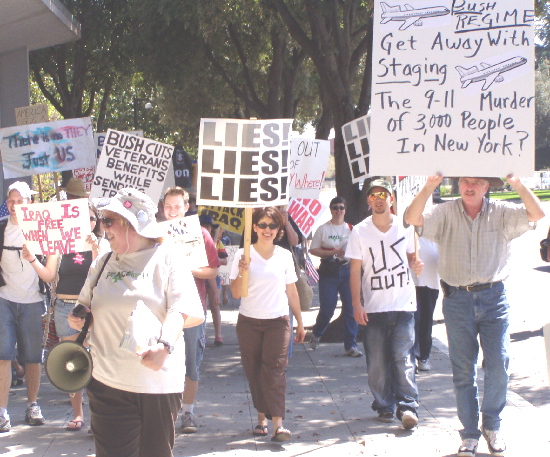 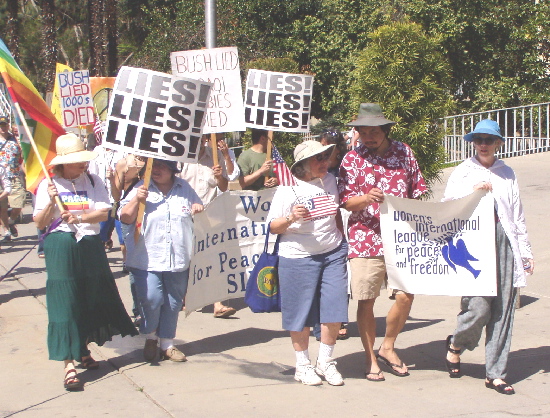 Women’s International League for Peace and Freedom members participate in the march
http://www.peacefresno.org
§Media turns out for the march
by Mike Rhodes (MikeRhodes [at] Comcast.net) Saturday Mar 20th, 2004 5:27 PM 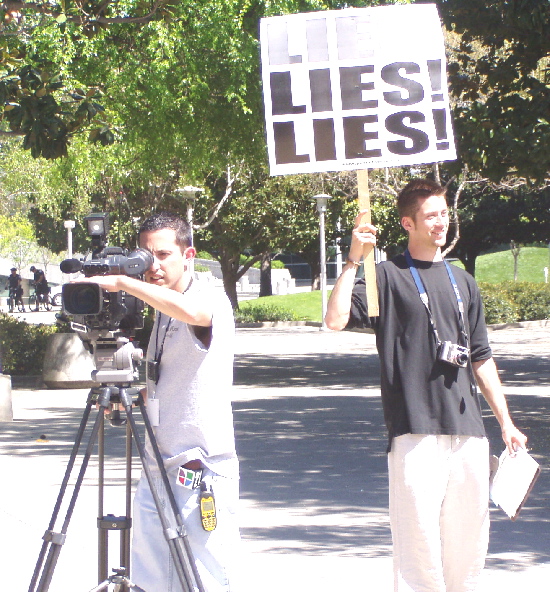 Is the sign talking about the media? In any event, the corporate media was present at today’s march and rally.
http://www.peacefresno.org
§Ken Hudson
by Mike Rhodes (MikeRhodes [at] Comcast.net) Saturday Mar 20th, 2004 5:27 PM 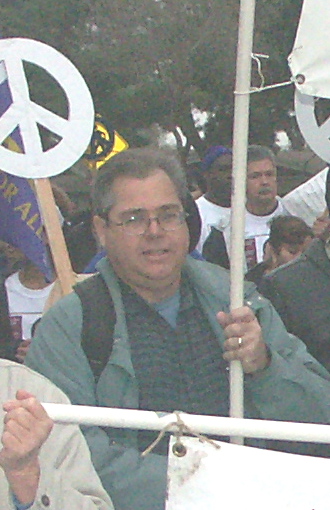 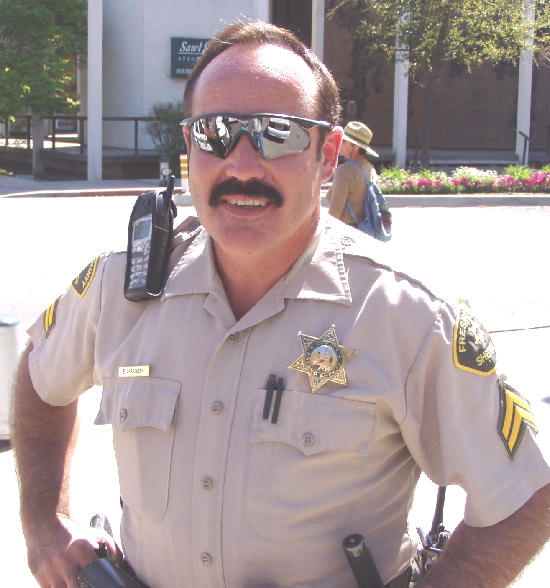 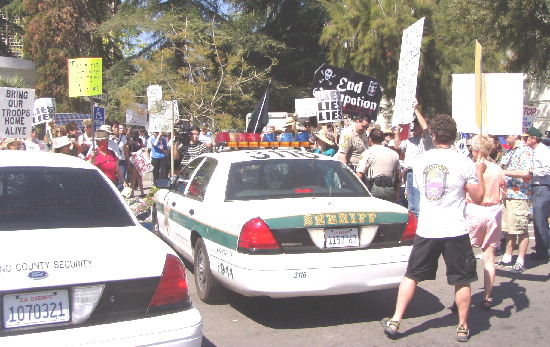 Ken is in the back of the car on the right. This photo was taken seconds before he was removed from courthouse park.
http://www.peacefresno.org
Add Your Comments
LATEST COMMENTS ABOUT THIS ARTICLE
Listed below are the latest comments about this post.
These comments are submitted anonymously by website visitors.