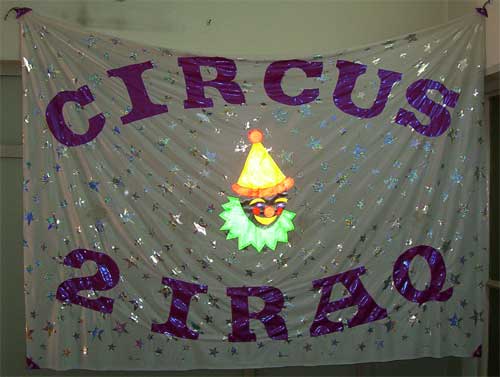 I spent the month of February in Iraq and got to hang out with Circus 2 Iraq. They were a few activists and folks from several countries who got together to chear up the children who had been traumatized by the war. They juggled and blew bubbles, stiltwalked and made baloon animals and did magic tricks. They also worked with an Iraqi group called Happy Family that puts on free plays for kids.

http://www.circus2iraq.org/
There was a four year old boy called Mohammed who was hurt in the bombing
of the farmhouse at Diyala, near Baghdad. A lad called Shane from the US
sat down next to his bed the day after it happened and drew pictures and
blew bubbles. When Mohammed put out his hand and popped the bubble, he
smiled for the first time since the bomb destroyed his home and killed his
sister and his aunt. It was inspiring to see that healing and peace making
were still possible between two boys from countries that were ostensibly
enemies. 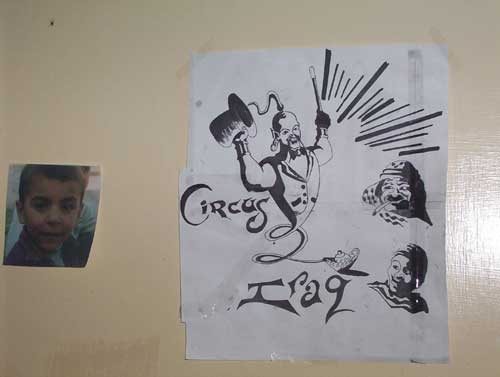 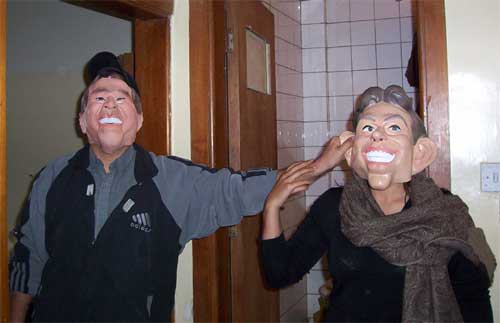 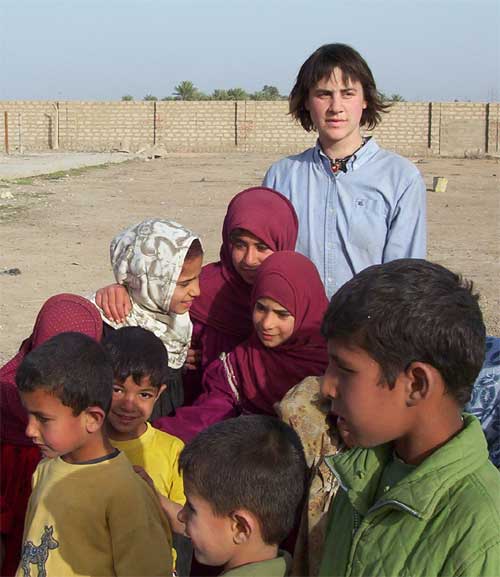 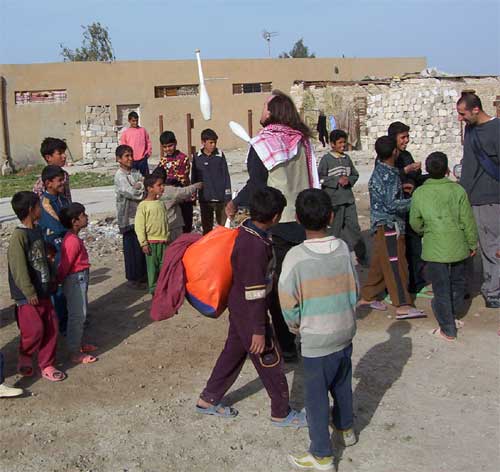 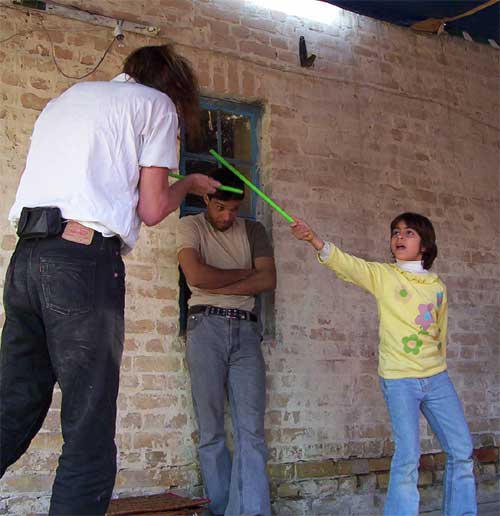 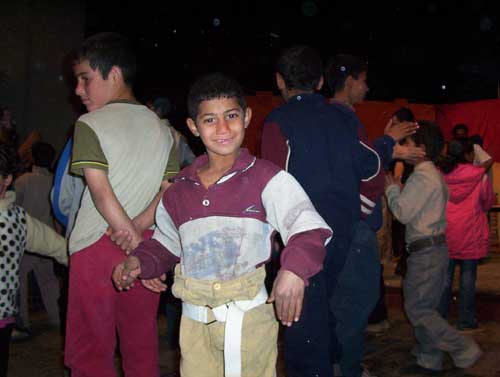 After a performance at the National Theater the stage was mobbed by excited kids. This boy and his family squat the bombed out Air Deffense center across the street. His cloths are ill fitting and he is so poor but the happiness in his eyes was incredible.
http://www.circus2iraq.org/
§Raid and friend at Happy Family
by tristan Sunday Mar 7th, 2004 4:49 PM 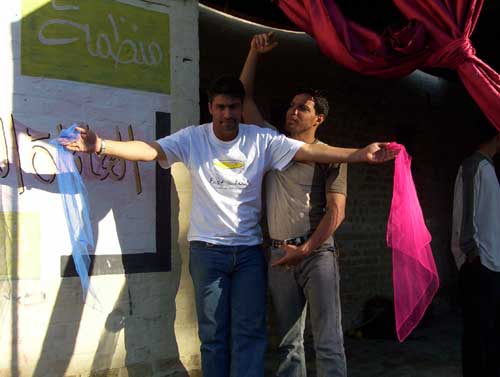 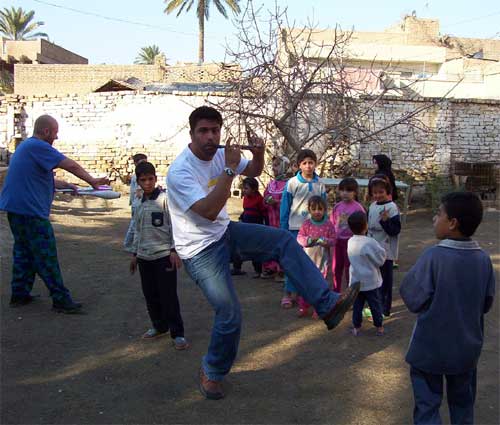 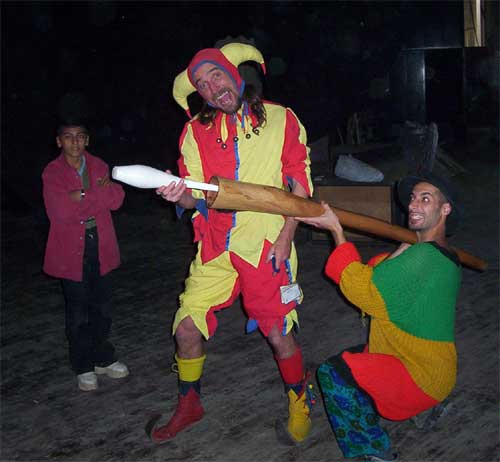 http://www.circus2iraq.org/
Add Your Comments
Support Independent Media
We are 100% volunteer and depend on your participation to sustain our efforts!