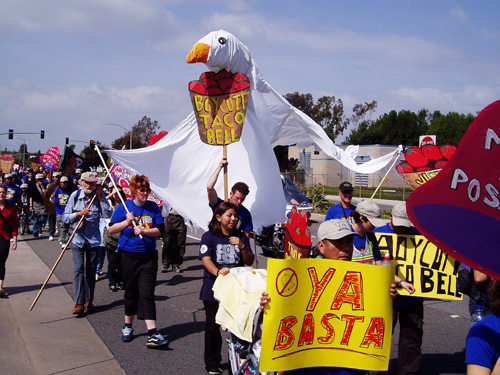 The Coalition of Immokalee Workers take their struggle against the largest restaurant corporation in the world, Yum Brands Inc. and their subsidiary Taco Bell; on the road in an effort to improve living conditions in the tomato fields of southwest Florida. Farmworkers who pick the tomatoes that Taco Bell buys have not received a raise since 1978 and must pick up to 2 tons of tomatoes to make $50. The following rally is the culmination of the second Taco Bell Truth Tour, and comes over 3 years since the official boycott started(April 2001). Read more about the CIWs' efforts to bring Taco Bell to the table to become part of the solution in Florida's farmworkers' fight for dialogue and a fair wage.
http://www.ciw-online.org
§Front of March - Soiled Farmworker Shirts
by JankyHellface & Upton Sinclair (jankyhellface [at] nym.hush.com) Sunday Mar 7th, 2004 3:56 PM 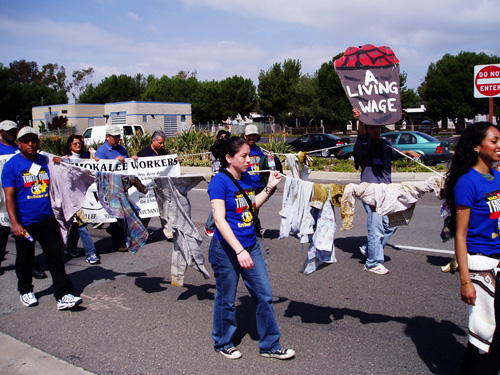 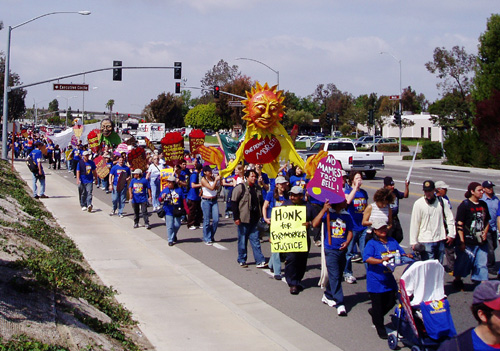 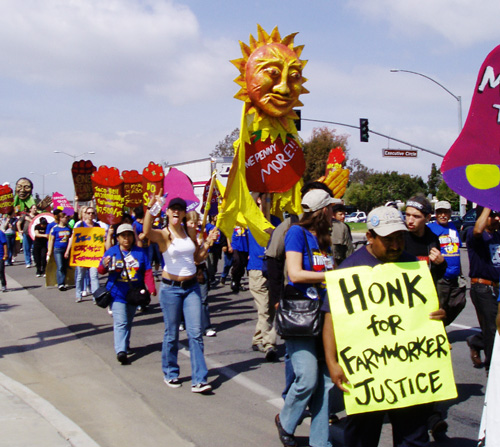 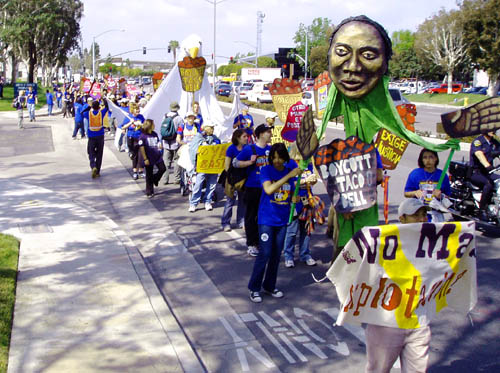 http://www.ciw-online.org
Add Your Comments
Support Independent Media
We are 100% volunteer and depend on your participation to sustain our efforts!