Add an Event
Newswire
Calendar
Features
Home
Donate
From the Open-Publishing Calendar
From the Open-Publishing Newswire
Indybay Feature
Publish to Newswire
Add an Event
Related Categories: International | Anti-War
Muharram procession in Baghdad
by tristan
Friday Mar 5th, 2004 7:57 PM
Pictures I took on Feb. 28th in Baghdad of a procession for Muharram from the local mosque. 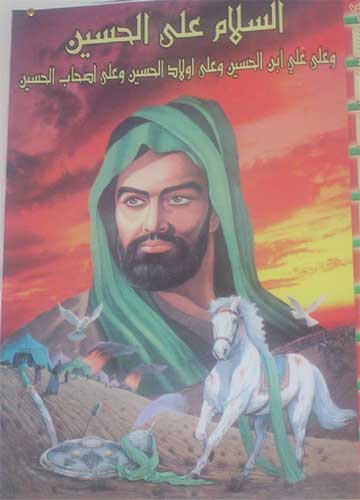 Early in Islam there was a split and the followers of Mohammads grandson Husein became the Shiites while the mainstream were called Sunnis. Husein and his forces were massacred in Karbala, Iraq in the 700's. To commemorate this Shiites march through the streets with the men whipping themselves rythmically and the women crying to feel the pain of his death. Saddam was a Sunni and banned the processions so now in the "free" Iraq there are processions in almost all cities with Shiites. The main mourning period is for 10 days and culminated (March 2) with huge marches where people cut themselves with swords etc. Two million were in Karbala and huge marches were held elsewhere. Suicide attacks by Sunni extemists in Karbala and Baghdad killed 300.
§roof and minaret of my local mosque
by tristan Friday Mar 5th, 2004 7:57 PM 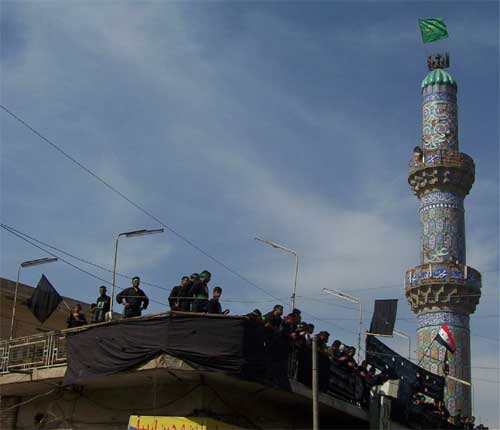 Crowds gather on the roof before the march.
§march gathers behind the banner
by tristan Friday Mar 5th, 2004 7:57 PM 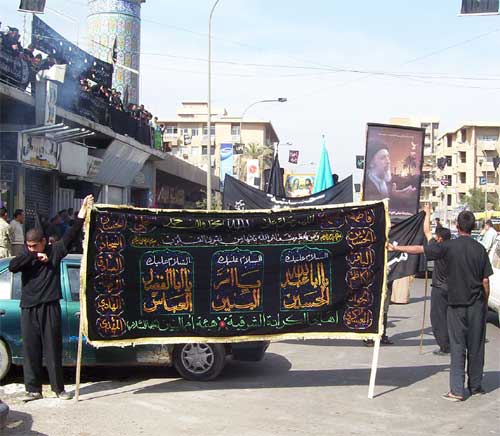 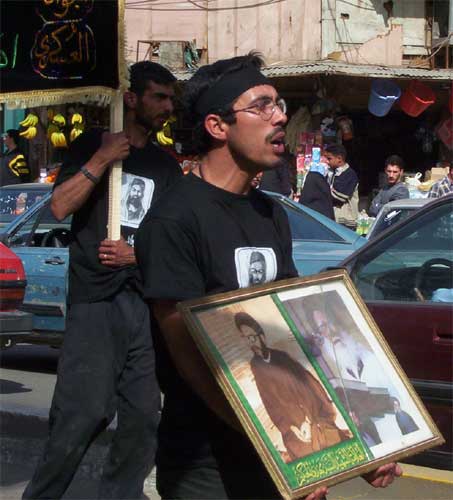 §marh monitors all carried arms as violence against them was widely expected
by tristan Friday Mar 5th, 2004 7:57 PM 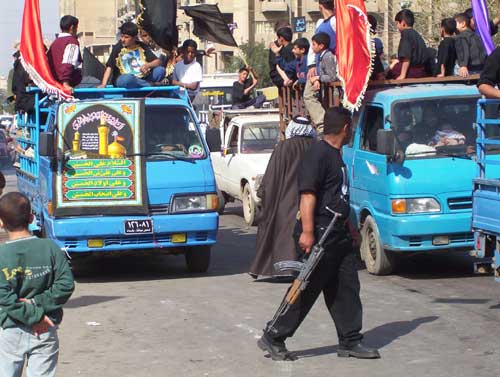 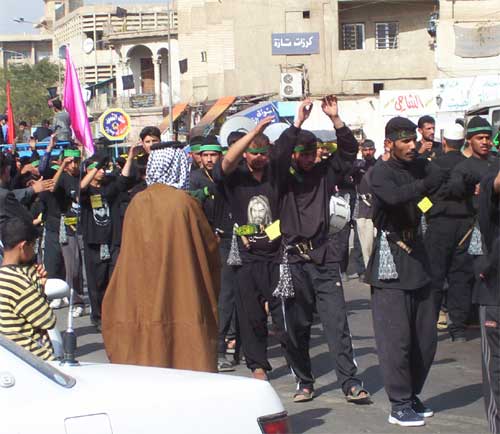 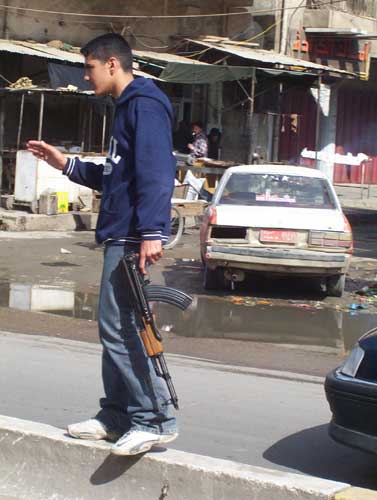 §girls and women participate from the sidelines
by tristan Friday Mar 5th, 2004 7:57 PM 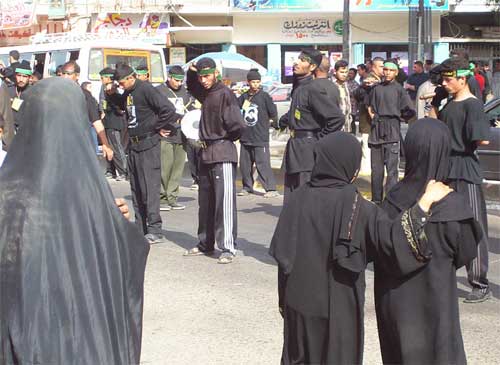 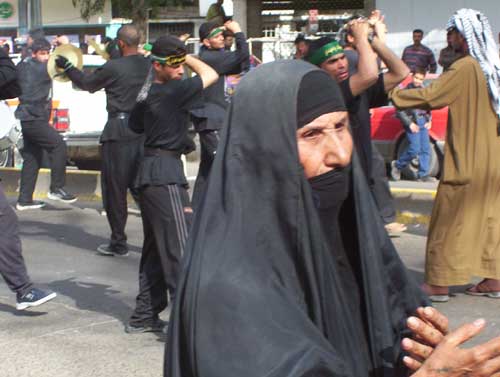 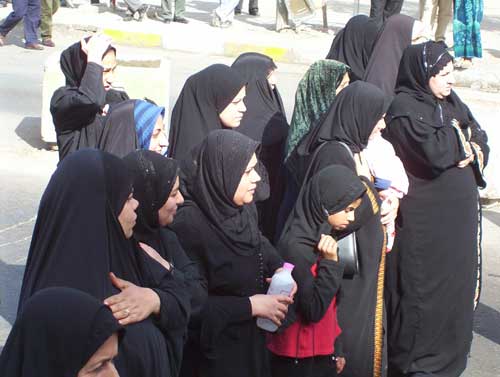